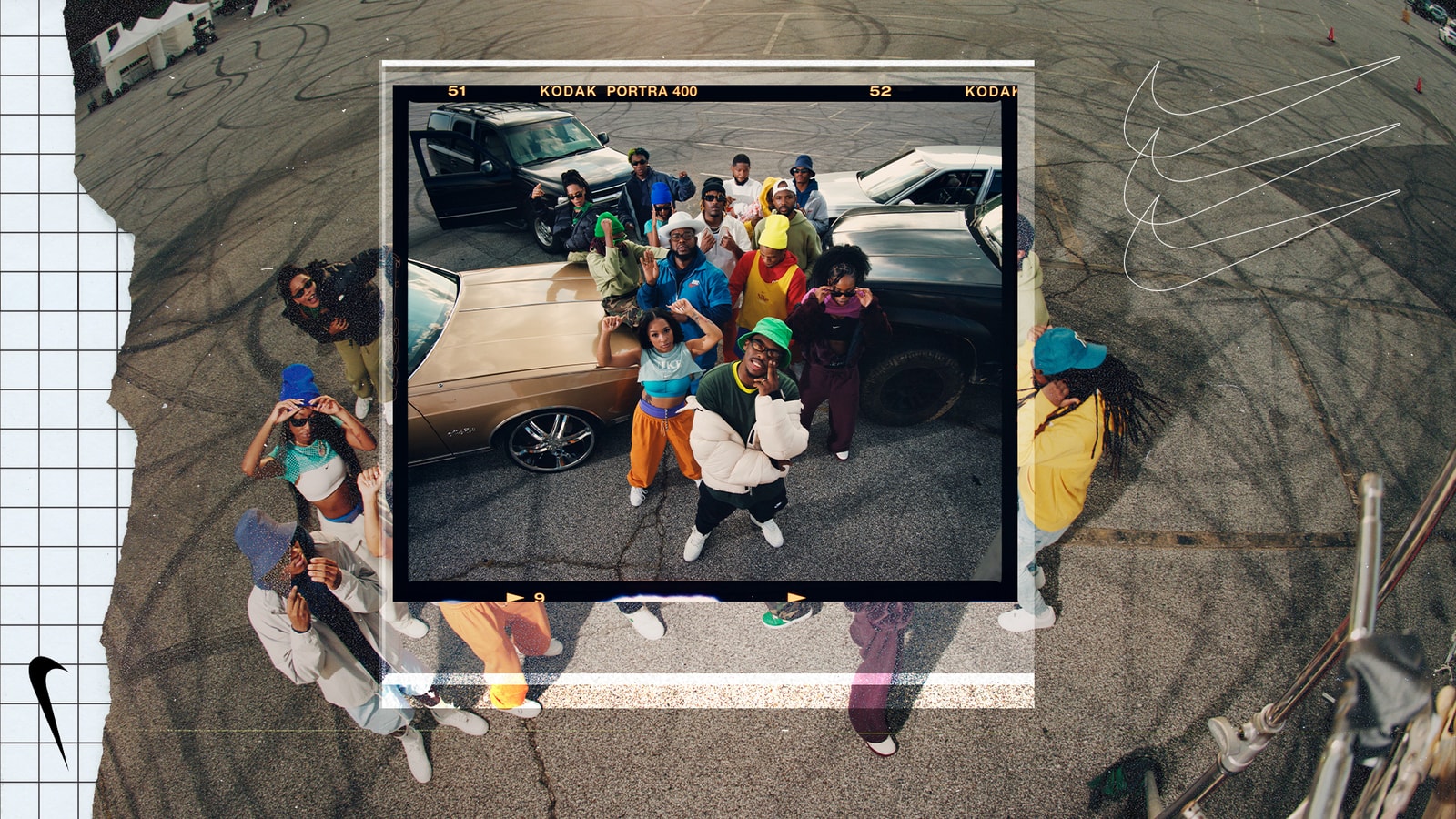 Nike Celebrates 40 Years of the Air Force 1 By Paying Homage to Cultural Meccas and Communities In a New Collection
The Swoosh spotlights the milestone moment of its Air Force 1 with the Join Forces Pack collection.

Celebrating the 40th Anniversary of its Air Force 1, Nike (NYSE:NKE -0.99%) debuts its Join Forces Pack, a new collection that combines iconic graphics from four decades of AF1 releases. In honor of the sneaker’s legacy, Nike spotlights cultural meccas that have ushered in unbridled creativity and defined generations of artists and changemakers throughout Memphis, New York, Los Angeles, Houston and Chicago. Referencing 40 years of design, the Join Forces Pack pays homage to each city by remixing the model’s iconic color combinations, layered paneling and ubiquitous Swoosh insignia. From hip-hop’s forefathers to SLAB culture in the Bayou City, the footprint left behind by these communities has cemented radical expression in music, fashion, art and car culture. The Join Forces Campaign shines a light on creatives like Sheopatra, founder of The Council Women, choreographer Storm DeBarge, rapper Lil KeKe, Lex Muro and Nick Flanagan from Mom ’n Dad Vintage and many more. Read more about each creator and city below, and check out the Join Forces Pack on Nike’s website. 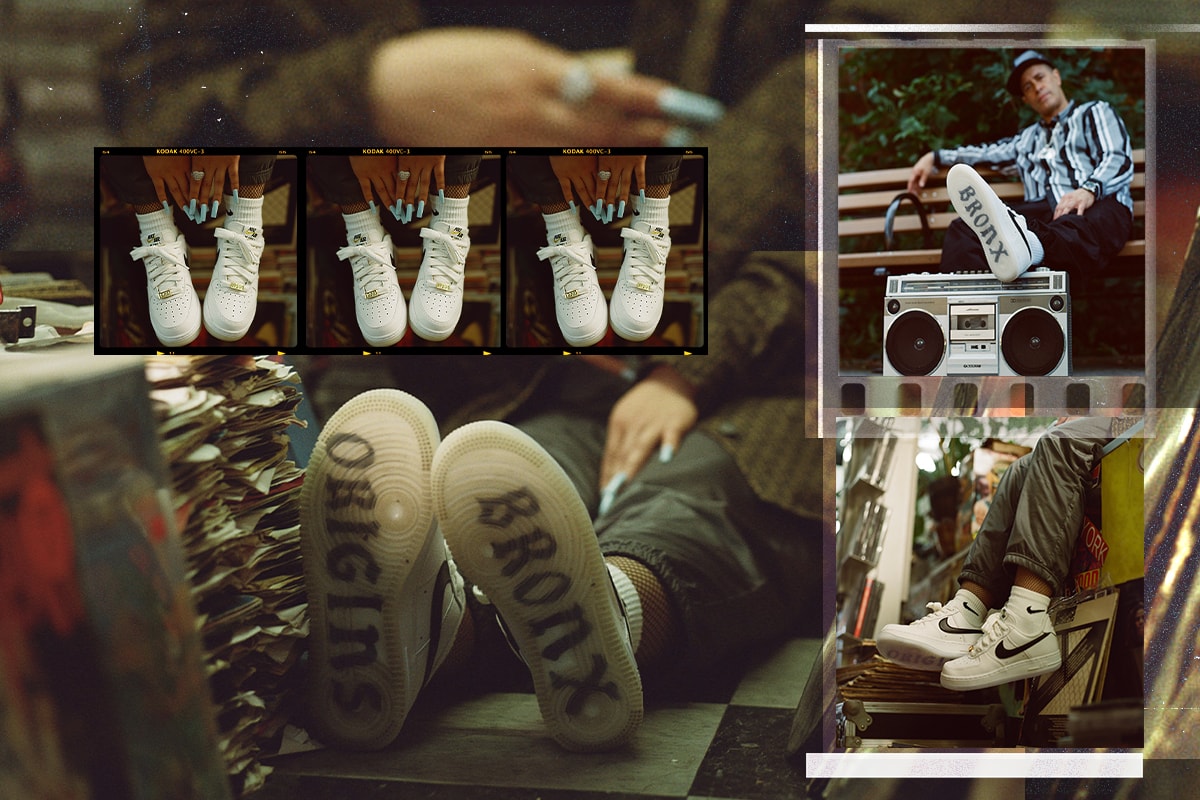 It took two turntables and a block party thrown by DJ Kool Herc to birth hip-hop. The genre is a testament to New York’s city grit and live-or-die mentality. Bronx natives, displaced by a scarcity of manufacturing jobs in the early 1970s, persevered with block parties, where aspiring disk jockeys gave rise to the DJ and MC. The ‘Rec Room’ was a cross-cultural mecca and second home to breakdancers like Richard “Crazy Legs” Colon and spoken word artists documenting the struggles of poverty and oppression. An improvisational dance form, breakdancing conveyed the complexities and flavor home to the South Bronx, emphasizing the neighborhood’s rough edges through fluid, energetic — and sometimes humorous — footwork and stylized gymnastics. The style of dance influenced a new wave of streetwear as b-boying was later embraced by wider culture and media. Today, The New York City Housing Preservation protects 1520 Sedgwick Avenue as a historical landmark in commemoration of the 1973 block party accredited to spawning the Golden Age, a renaissance in Black artistry fronted by the Notorious B.I.G., A Tribe Called Quest, Rakim, Slick Rick and MC Hammer. The AF1 ‘07 Premium dons crisp, white panelling with jet black Swoosh branding and gold-tinted “1973” and “1982” hardware celebrating the introduction of Nike Air technology. “ORIGINS” and “BRONX” motifs are stamped on the outsoles. 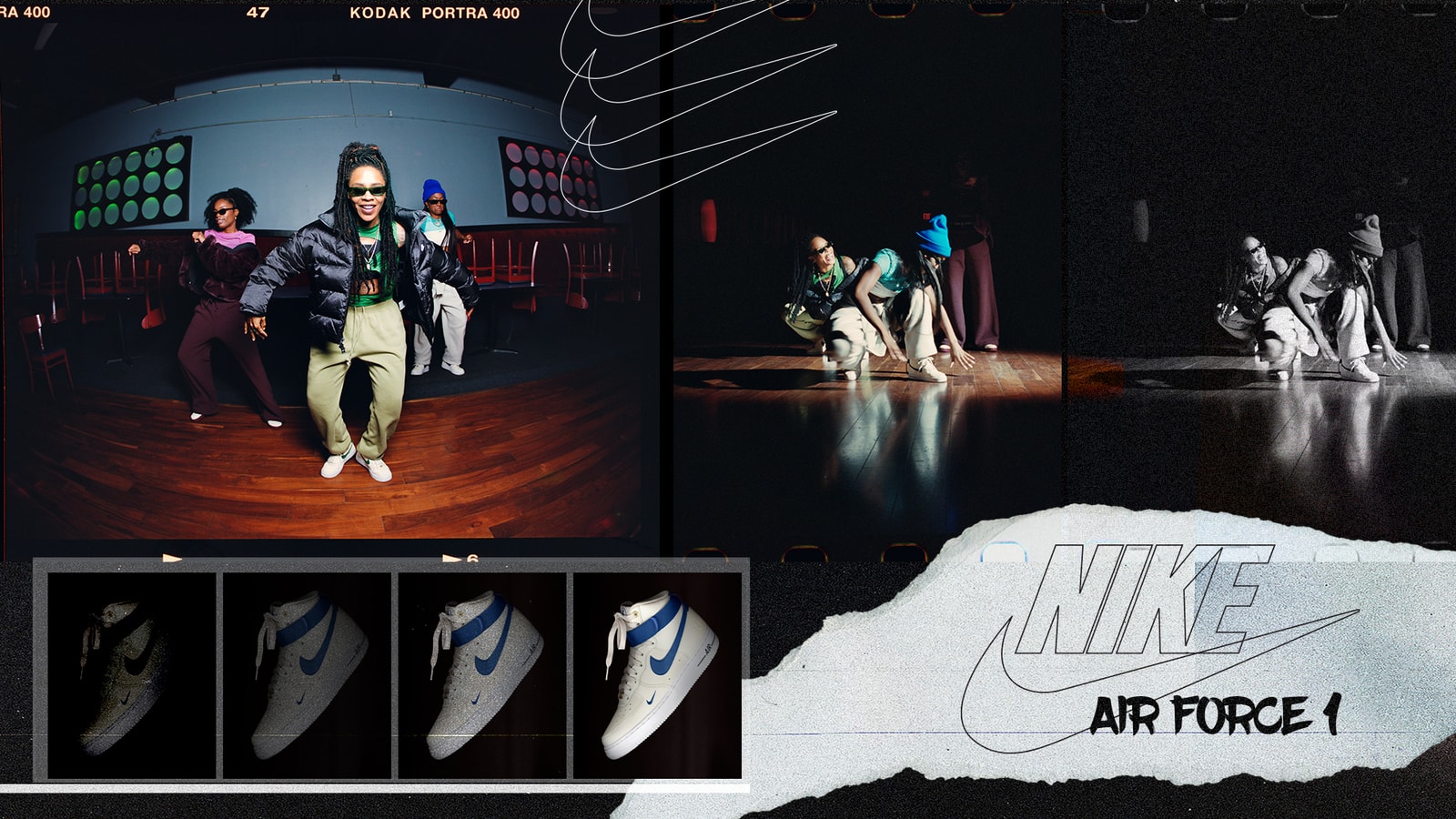 LA is a cultural hub, a melting pot of languages, food and art. With its proximity to nature, Angelenos have played a pivotal role in popularizing upcycling and thrifting. The coterie of creators moving to the city leverage these influences in fashion by embracing wild, funky pattern-clashing textiles that speak to the city’s imaginative youth culture. Lex Muro and Nick Flanagan are behind Mom ’n Dad Vintage, a beloved shopping destination making headway for the “Depop-ification” of vintage fashion. The city’s relationship to street style also informs dance subcultures that have historically been a life force in LA.

The campaign highlights Sheopatra who leads the all-female dance collective, The Council, a group known for empowering and uplifting young women and aspiring artists throughout the city. The collective champions movement as activism and the protest embedded in popping, funk and lightning footwork as galvanizing art forms. The AF1 High SE features off-white leather paneling, adorned with pops of cobalt blue near the Swoosh and velcro strap at the collar. “Nike Air” branding dominates the heel tab and gold-tinted hardware provides subtle contrast against the hits of blue and tonal construction. 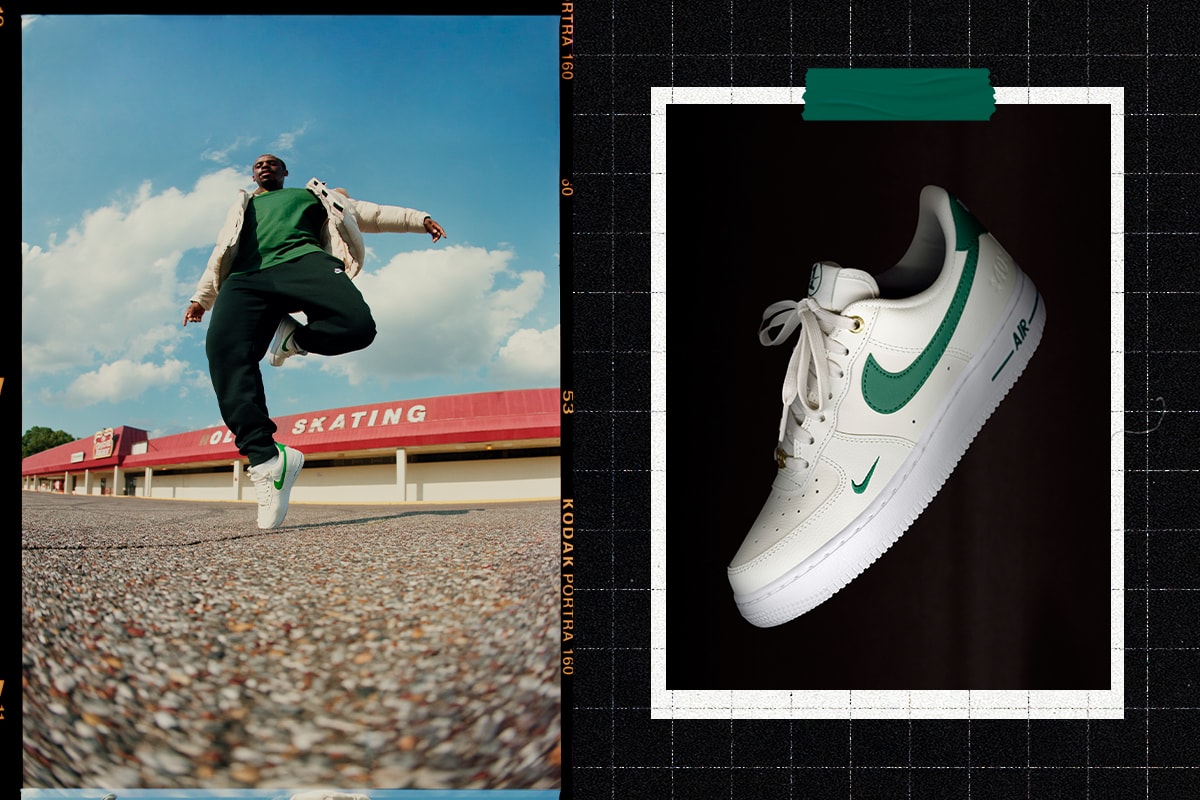 A form of self-expression that colors the garages, parking lots and clubs of Memphis, the dance style known as Memphis Jookin breathes life into performance and community. Tight-knit Jookin crews are known for gravity-defying athleticism — jaw-dropping toe stands and slippery glides across the city streets — fusing footwork styles like Memphis Gangsta with Buck Jumping. Nike celebrates performers Charles “Lil Buck” Riley, Elise “Gangsta E” Landrum and Marico “Dr.Rico” Flake, who describes the communal dance scene as a shared mental and physical space that coexists with the Memphis spirit: “We created a safe space, regardless of what space in Memphis you occupy. It just became, how honest were you about your feelings when you touched the dance floor? And that’s what Memphis Jookin has been for this city.” It’s the AF1 that echoes the unmissable artistry portrayed in Memphis Jookin as an extension of streetwear. The Air Force 1 ‘07 LV8’s off-white construction is offset by green Swoosh branding and gold-colored embellishments. An honorary tongue tag celebrates the model’s numerous iterations throughout history. 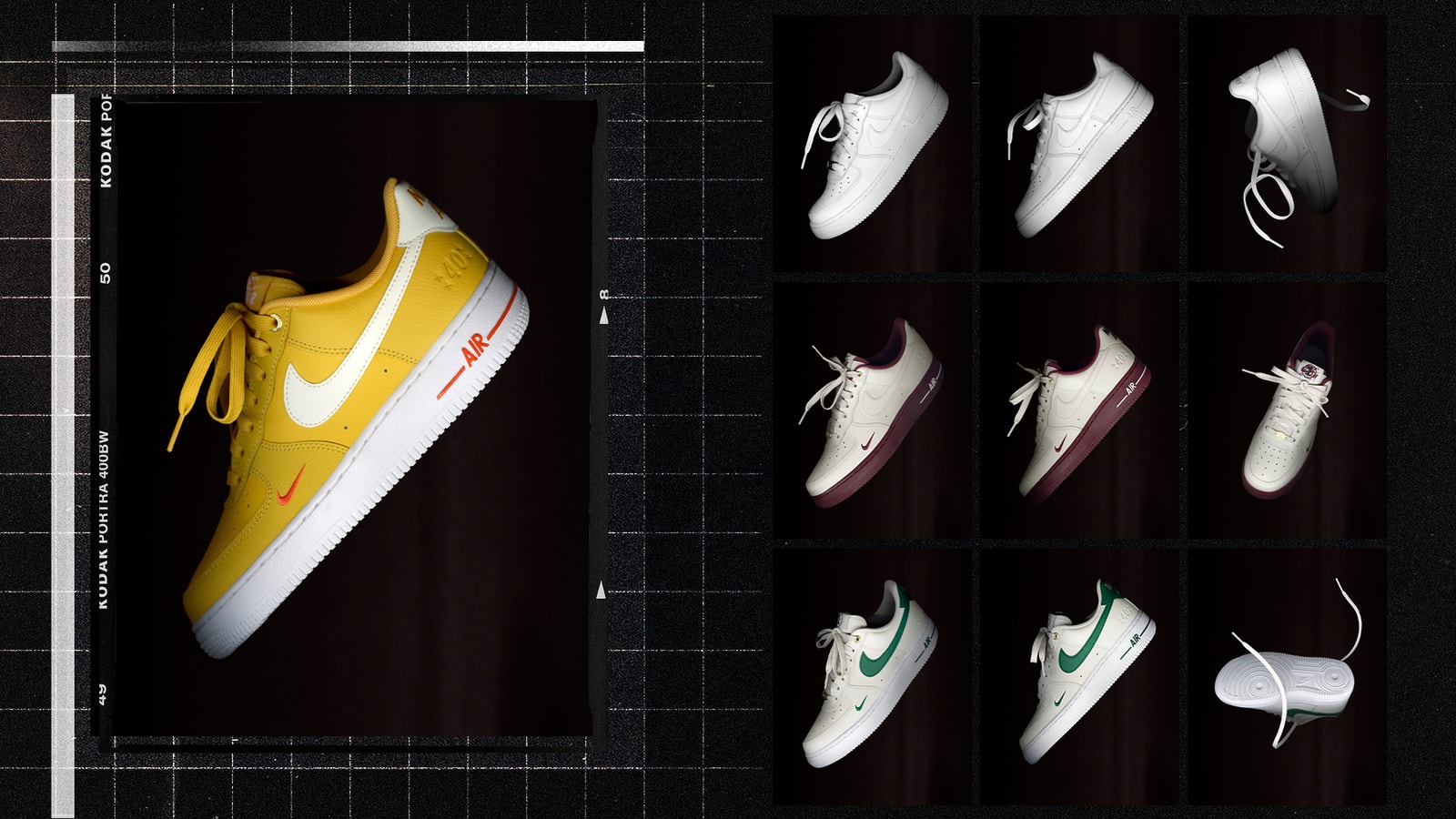 Recording artists like Megan Thee Stallion and Monaleo are leading Houston’s rap scene. The birthplace of the distinctive “chopped and screwed” sound was popularized by DJ Screw in the early 1990s. The city’s also known for its (slow, loud, and bangin’) SLAB movement, which rose in the 1980s. The Join Forces campaign highlights Lil KeKe and hip-hop historian Shelby Stewart, among others, for educating younger generations on the rich heritage of the SLAB scene, which have connected and empowered communities through a unique music sound and car culture.

In dedication to the soul, style and expressive art forms that have crossed paths with the genre, Stewart launched the Houston Hip-Hop Museum, connecting visitors to deep-rooted social causes that reverberate in music while championing stories inherent to the Black experience. Nike’s AF1 ‘07 SE stands out for its punchy yellow and orange colorblocking. “*40*” is debossed near the lower white base, and this theme continues with contrasting Swoosh detailing along the lateral panels. 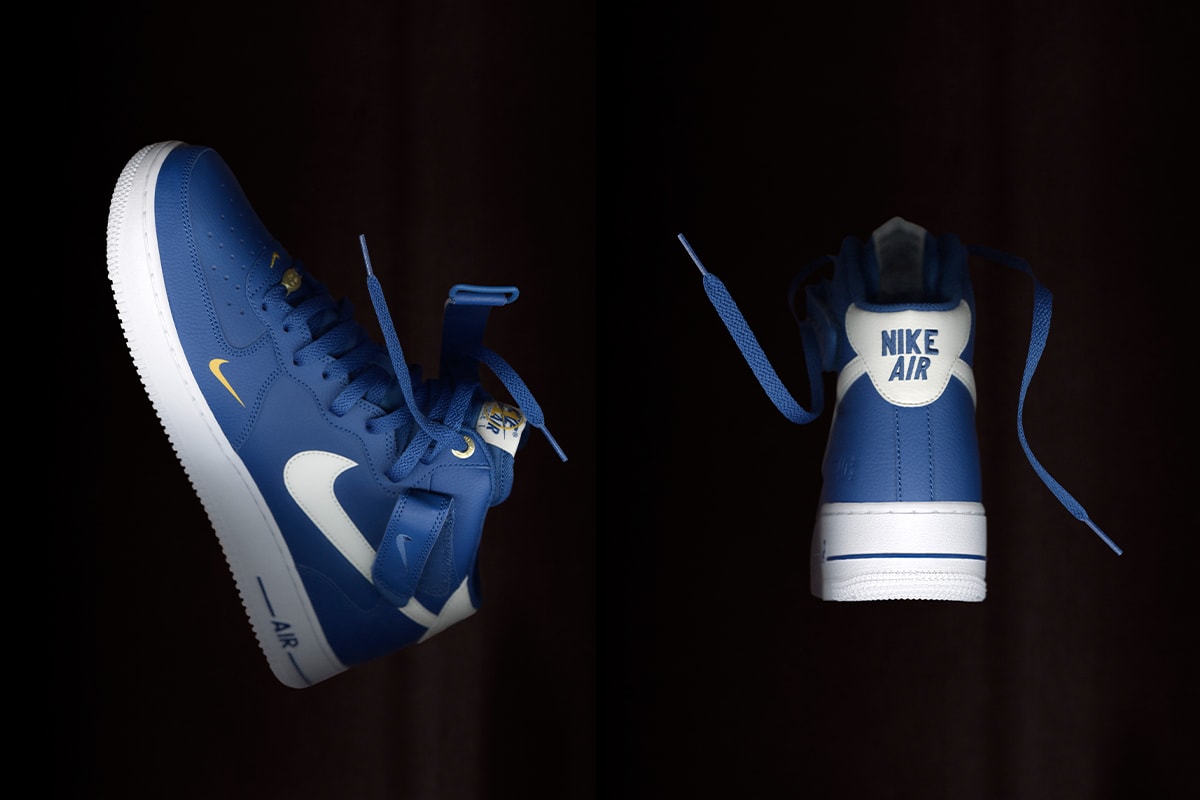 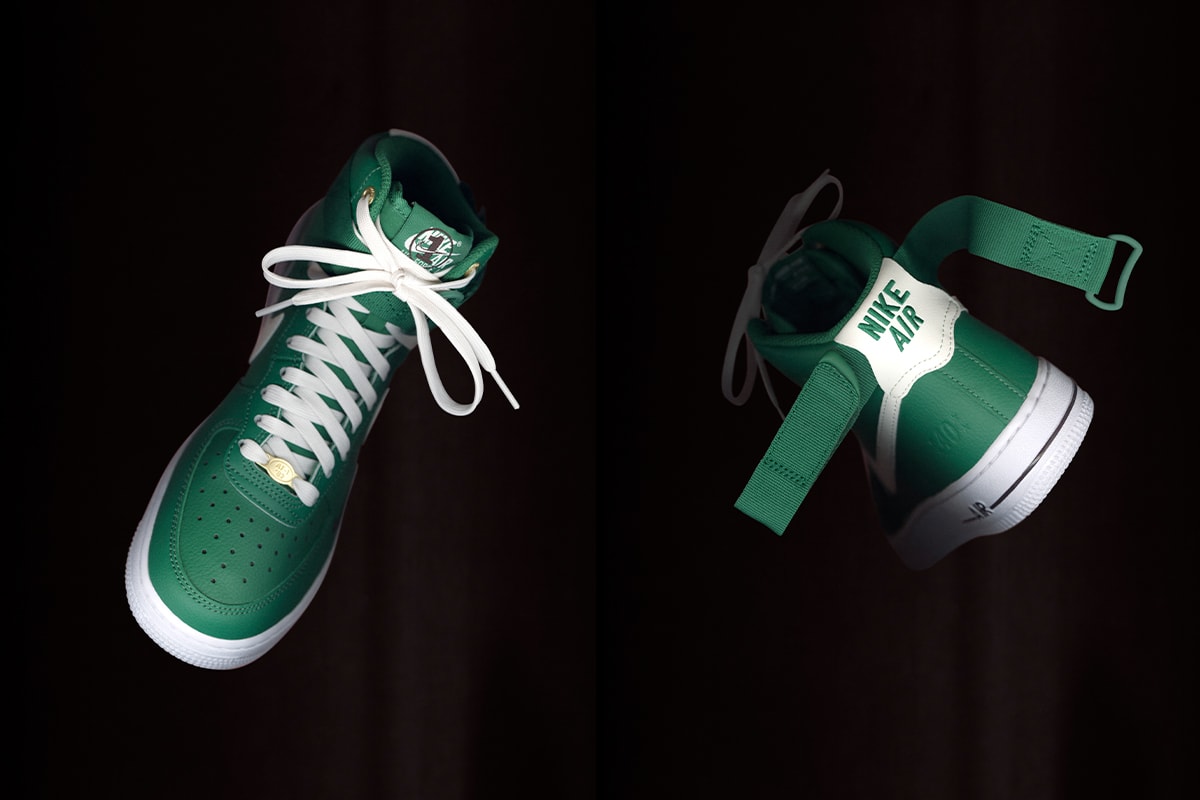 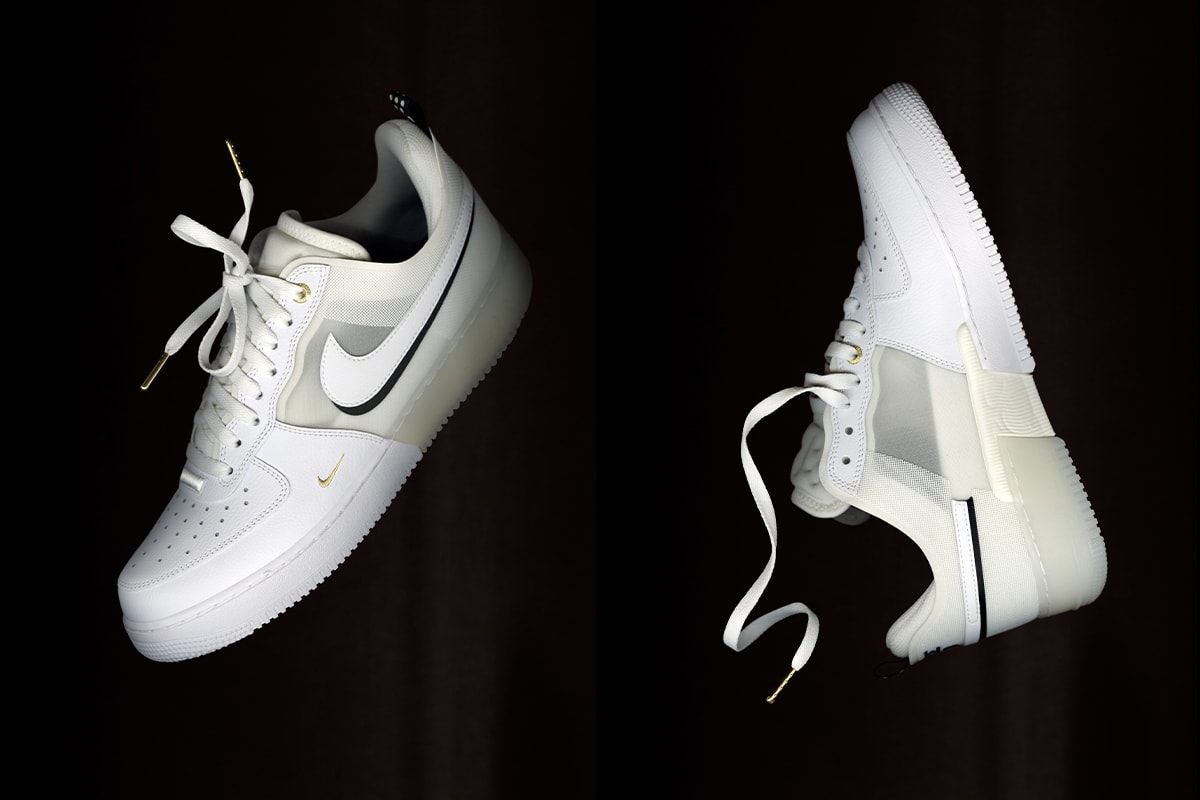 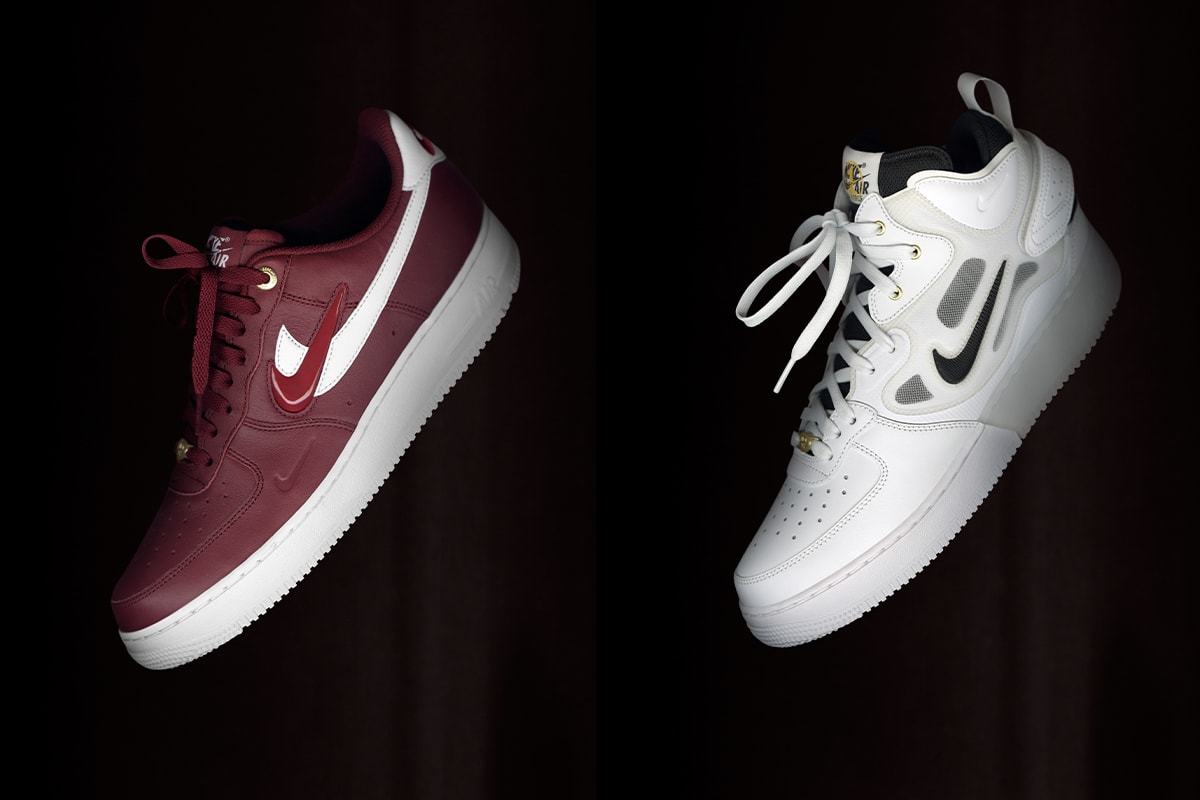 The Join Forces Campaign celebrates the intersection of art and music in Chicago. Merging the two, Nike is partnering with the MCA (Museum of Contemporary Art of Chicago) to host a panel discussion, including streetwear designer Don C, recording artist G Herbo and sports journalist and author Robert “Scoop” Jackson. The late Virgil Abloh‘s “Figures of Speech” exhibit debuted at the MCA in 2019 and was a monumental milestone that spotlighted the sneaker as a prestigious artifact in contemporary culture. As one of the last impactful moments of the AF1 in the last 40 years, the featured panel will explore the significance of this moment and the past, present and future evolution of the beloved shoe. Additionally, Nike School Chicago is partnering with local artists to lead a series of workshops in the city, inspiring future generations to put their creative stamp on the legendary silhouette.