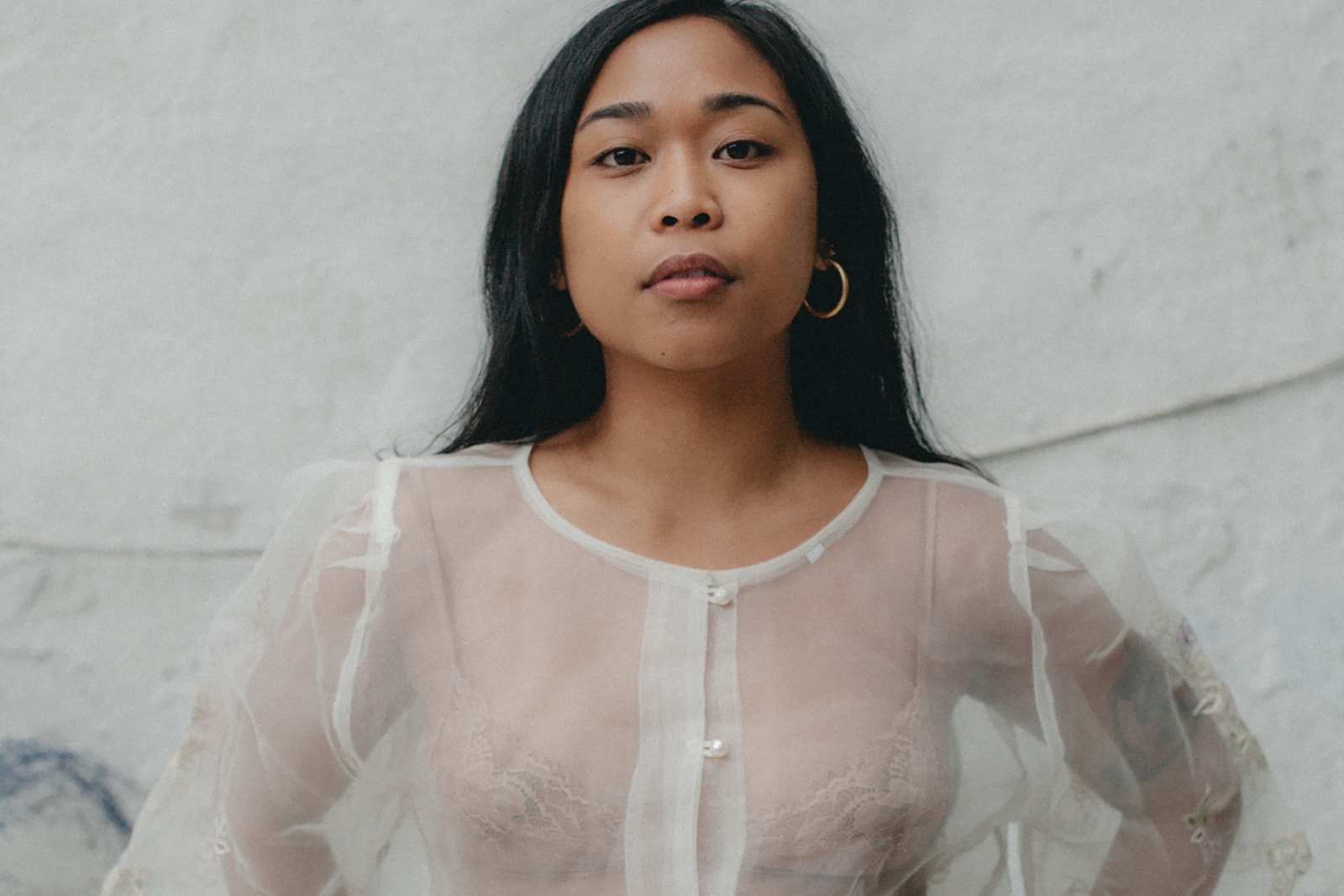 What Beauty Means to the Filipinx-American Community
Sari-Sari Studio shares the stories of New York-based individuals from the Filipinx diaspora.

Founded by photographer Marielle Sales and designer Gabriella Mozo in 2018, New York-based platform Sari-Sari Studio has been supporting and amplifying the Filipinx diaspora through explorative content, a Filipinx and BIPOC marketplace and a cultivating community.

During Filipino American History Month last October, the platform put up an open casting call for its “Filipinx is Beautiful” portrait series on Instagram and received an overwhelming response. A number of New York-based individuals from the Filipinx diaspora were cast and asked questions about their personal experience growing up in a culture where lighter skin, a thin figure and looking less Filipino are considered more “beautiful.”

For its latest editorial, Sari-Sari Studio highlighted the stories of Lauren Lynch, Cal Glorioso, Anjelica Jardiel, Florida Elago and Aleli May Vuelta, capturing their authentic features and their perspective of what beauty means to the Filipino-American community.

In light of its “Filipinx is Beautiful” movement, the platform has launched a crowdfunding campaign to further develop and execute its brand focusing on its original content and store. For those interested in donating, head over to its iFundWomen campaign for more information. 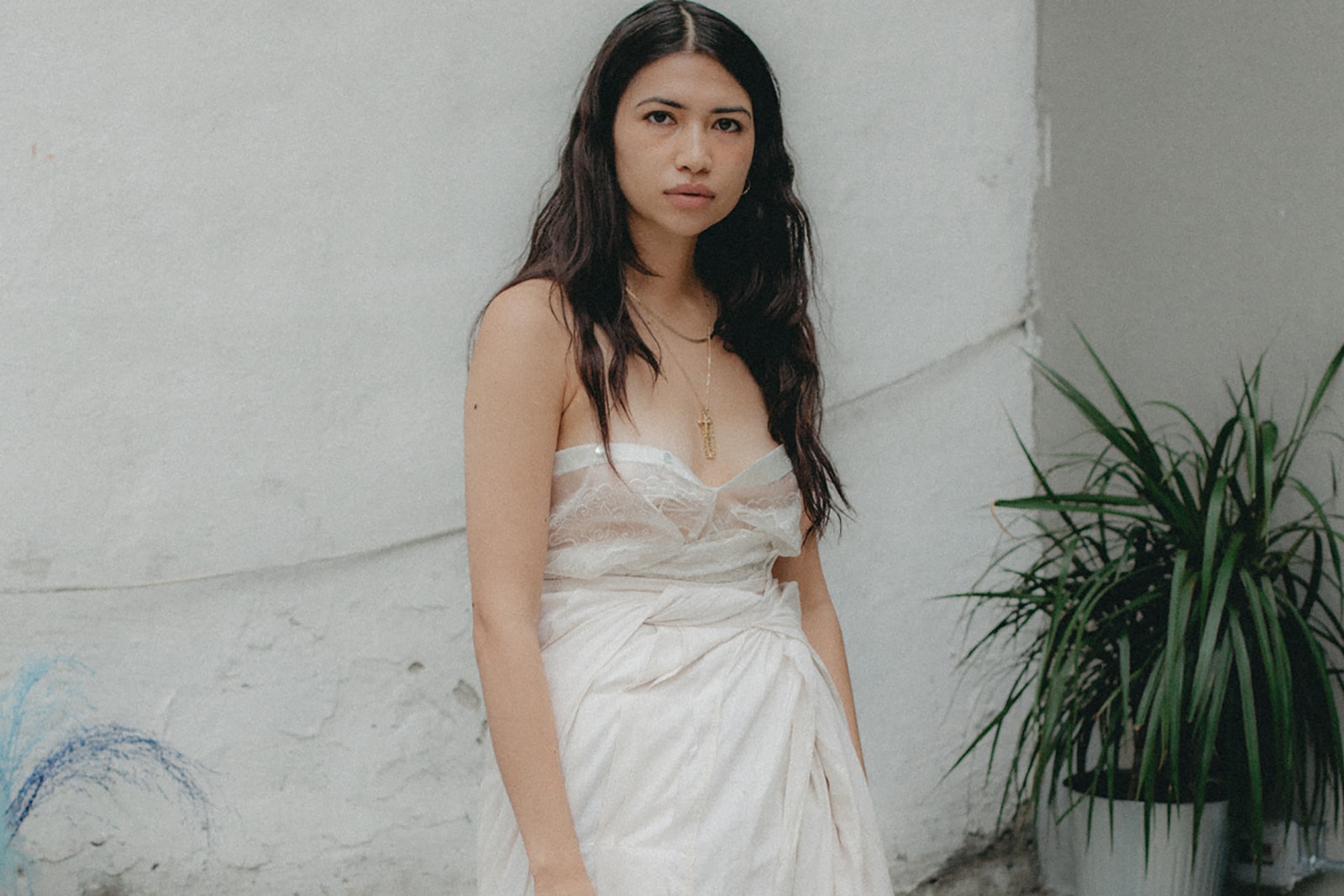 What defined beauty to you when you were young?

“Beauty to me when I was younger always needed a point of reference. I always had to look in magazines and look at other Filipina women and other people growing up. It was hard because I never really looked like a lot of other people in those magazines and a lot of other Filipinos I knew. However, now that I’m older, the definition of beauty has totally changed for me.” – Lauren Lynch

“Beauty is one of those things that are so fragile and vulnerable especially when you’re raised as a Filipino-American. There’s a lot of contradictory conditioning that your Filipino parents put on you. Even now, I still get nervous speaking about it because nobody else feels it. We’re kind of like the invisible Asian race. With beauty, I think there are so many clashing ideas of what was beautiful to our parents coming here – this American, westernized idea of beauty.

Say you go to a Filipino party, you see an aunt or uncle you haven’t seen in a while. Maybe you gained some weight, they say you’re fat but then right after that, they tell you to ‘go eat.’ Then they say you’re too skinny – ‘go eat.’

They always hint, ‘at least you’re not as brown as your other cousins.’ So, is being brown a bad thing? Some people can’t help it. Then you get that gross complex thinking ‘I’m not like those other Filipinos.’” – Cal Glorioso 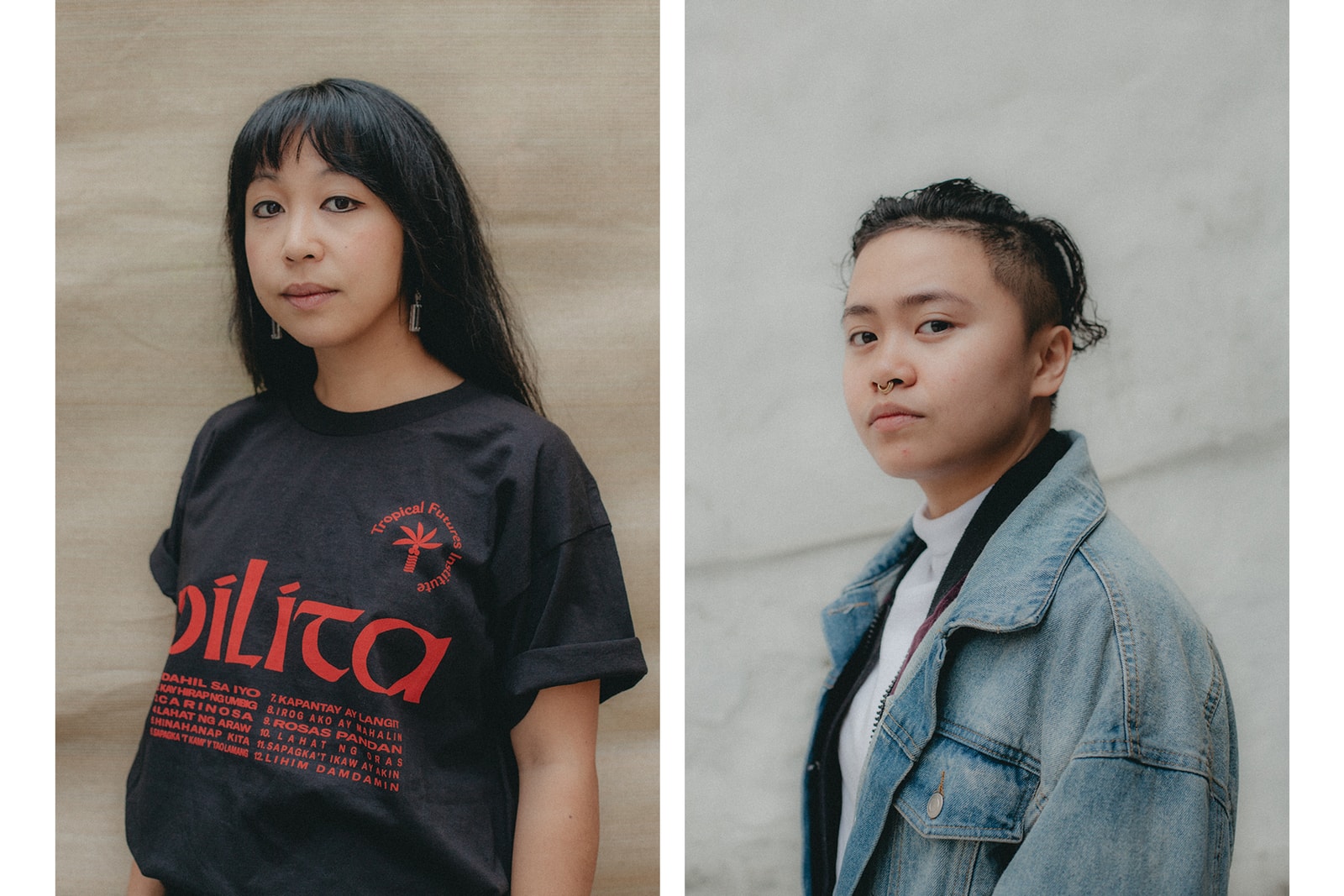 “I grew up in Los Angeles in a predominantly Caucasian suburb.  Beauty was defined by lighter skin. My mother always wanted to stay out of the sun because, in The Philippines, darker skin means you worked outside, meaning you were probably part of the lower class. I think that’s a major misconception that darker skin is not as beautiful. When I was a baby, my mother would pinch my nose bridge to make sure I wouldn’t have a broad, flat Filipino nose. She would also mold or massage my legs to make them straight so I wouldn’t have bowed legs like my dad. When I was younger, whatever my mother thought was beautiful, I thought it was beautiful.” – Anjelica Jardiel

“Beauty was defined to me as something that I would get praised for a lot because growing up in The Philippines, people around me strived for Euro-centric standards — like being light-skinned, having a long nose, or having a skinny body. That was very heavily influenced by how I perceived myself and how I developed my own beauty standards growing up. Being light-skinned myself, I received a lot of praise for my skin color and I thought that getting compliments from adults was a good thing. They would say that because of my light skin, I differ from others.

They made it seem like not having Filipino traits is considered a good thing. It’s a message that’s fed through the media constantly and it took a lot of self-reflection and education for me to get out of that colonial mindset.  It’s something that drew me back a lot on how I perceived myself and that’s what caused me to rebel a lot against traditional standards nowadays.” – Florida Elago 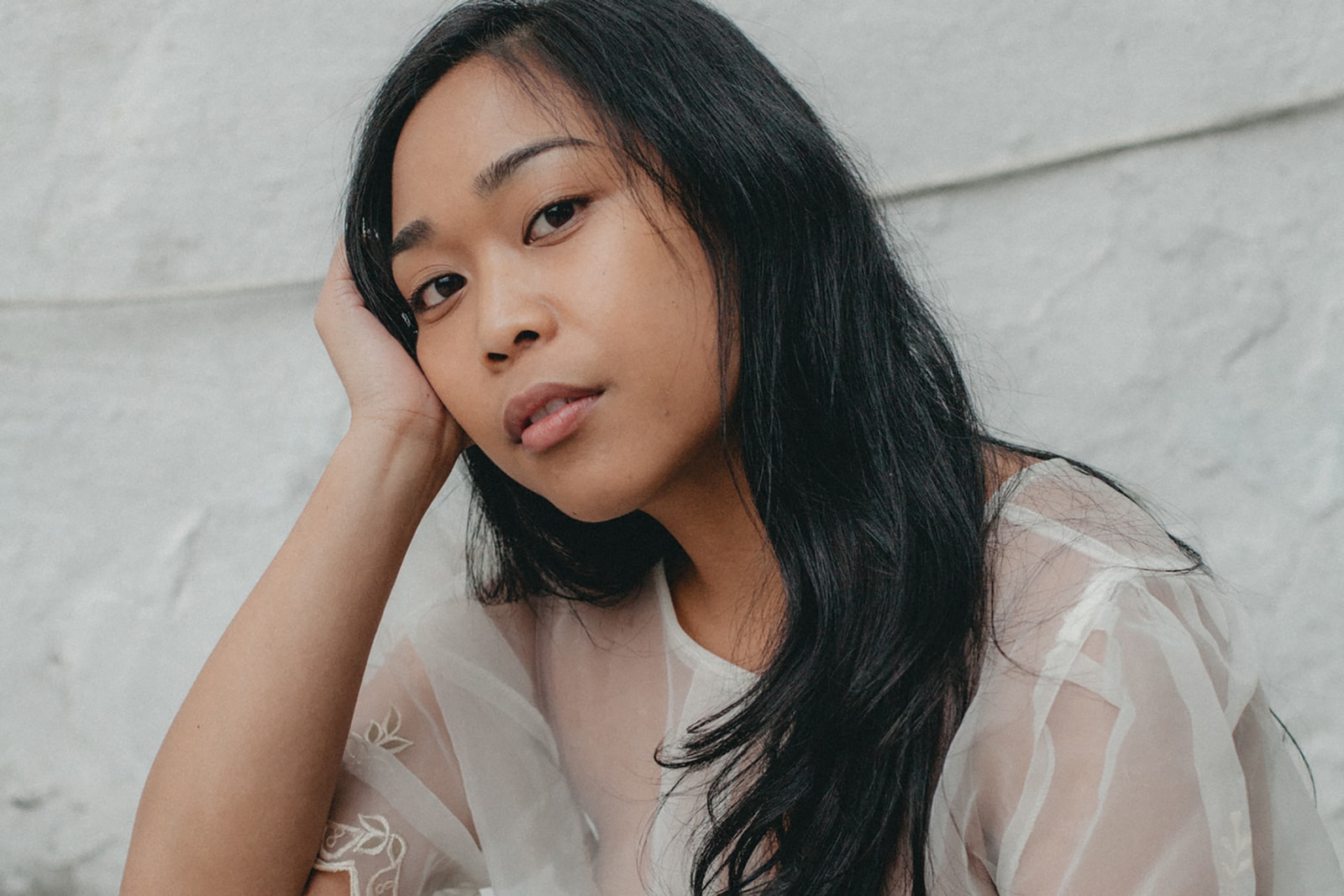 “When I was younger I used to think that Filipina beauty was my mom and she was this light-skinned, petite woman. I grew up in a really Asian town, so you would see a lot of Chinese, Vietnamese and Koreans. My mom would get mistaken for being Chinese or Vietnamese and she would always take that as a compliment. It took a toll on me growing up. She even gave me glutathione pills which slowed down the production of melanin to make my skin lighter.

When I was growing up, my mom pretty much enabled me to want to have light skin because that’s what she wanted for me. She would buy me papaya soaps and she would take those pills with me. I wanted to take them every day with my mom because I wanted to be as light-skinned as her. There were little things she would say to me, like ‘You should’ve gotten my genes because then you would have my skin color.’ However, I never really got to be as light-skinned as her and that’s just something I’ve come to terms with, accepted and embraced.” – Aleli May Vuelta

How has that evolved and what have you learned to embrace your beauty now?

“Beauty to me now is about being unapologetic about your sense of self. The essence of Filipina women that I grew up around is strength and inner resilience that refuses to be brought down by anyone else. As I grow older, I find myself striving for these things over anything relating to aesthetics and appearance. Beauty to me now is about knowing where you come from, knowing where you’re going and not letting anyone stop you from getting there.” – Lauren Lynch

“Something that I never realized until I was older was the hair thing. When I was younger, I had a mushroom cut when I was five years old back in the ’90s. There was always this piece of my hair in the morning that would stick out and I would always get self-conscious in kindergarten, because I was worried kids were going to make fun of me. Then in first grade, I got hair gel and this obsession with styling me and my mom’s hair. However, being “bakla” (gay), I didn’t want to do girly things and didn’t want to be called out, but that was what made me happy. Looking back, that was my example of beauty. Now it’s cool because Filipinos have great hair.” – Cal Glorioso 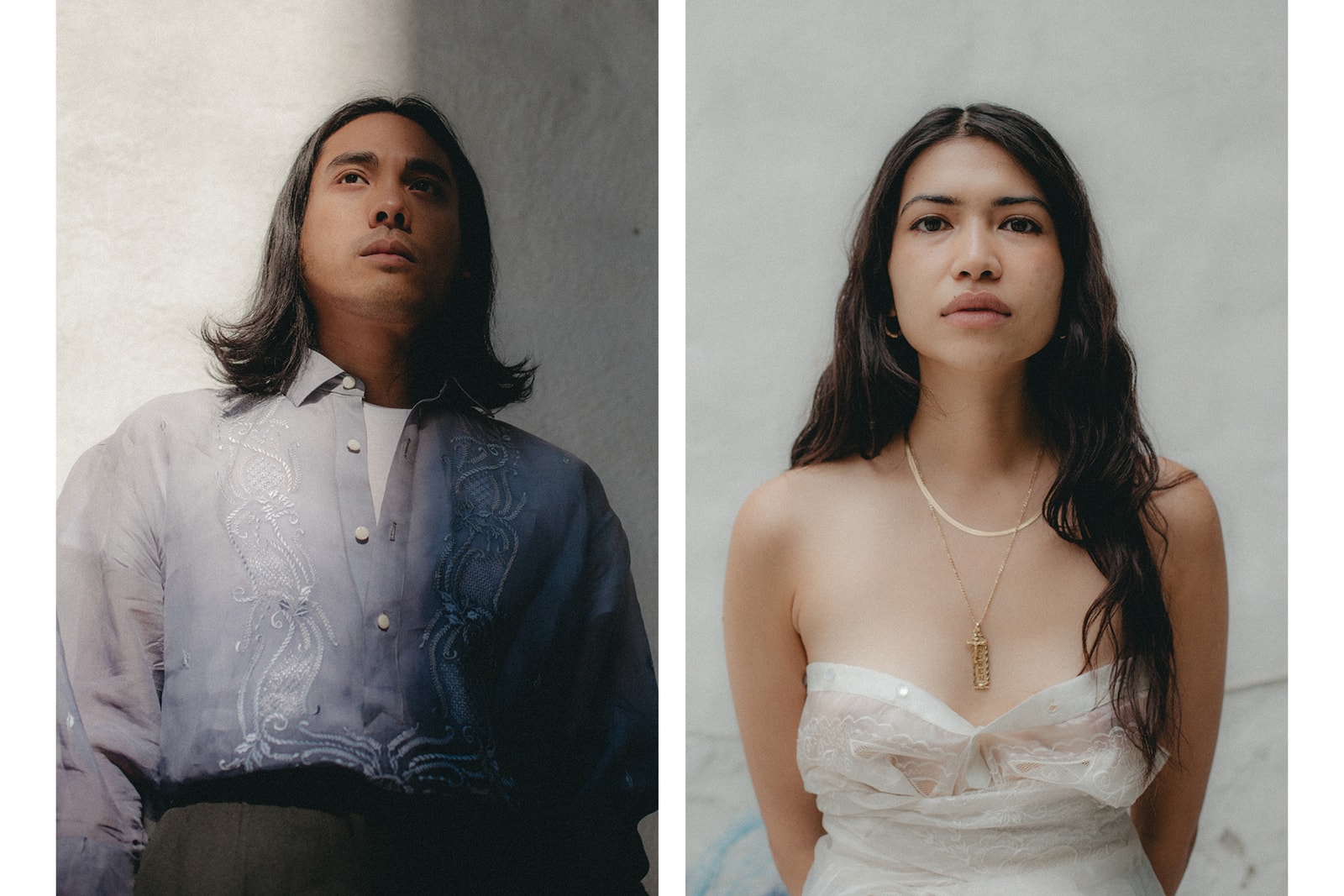 “What I think is beautiful has evolved to be more inclusive and diverse. I work in the fashion industry so I am surrounded by conventional beauty and slim bodies, but luckily the industry and younger generations have recently been pushing toward diversifying what’s beautiful, what that standard is and going against what has always been commercially exhausted. How I perceive beauty has evolved to reject the tropes of what my mother instilled in me at a younger age. I have grown to believe that we choose to present ourselves however we feel truest and most whole.” – Anjelica Jardiel 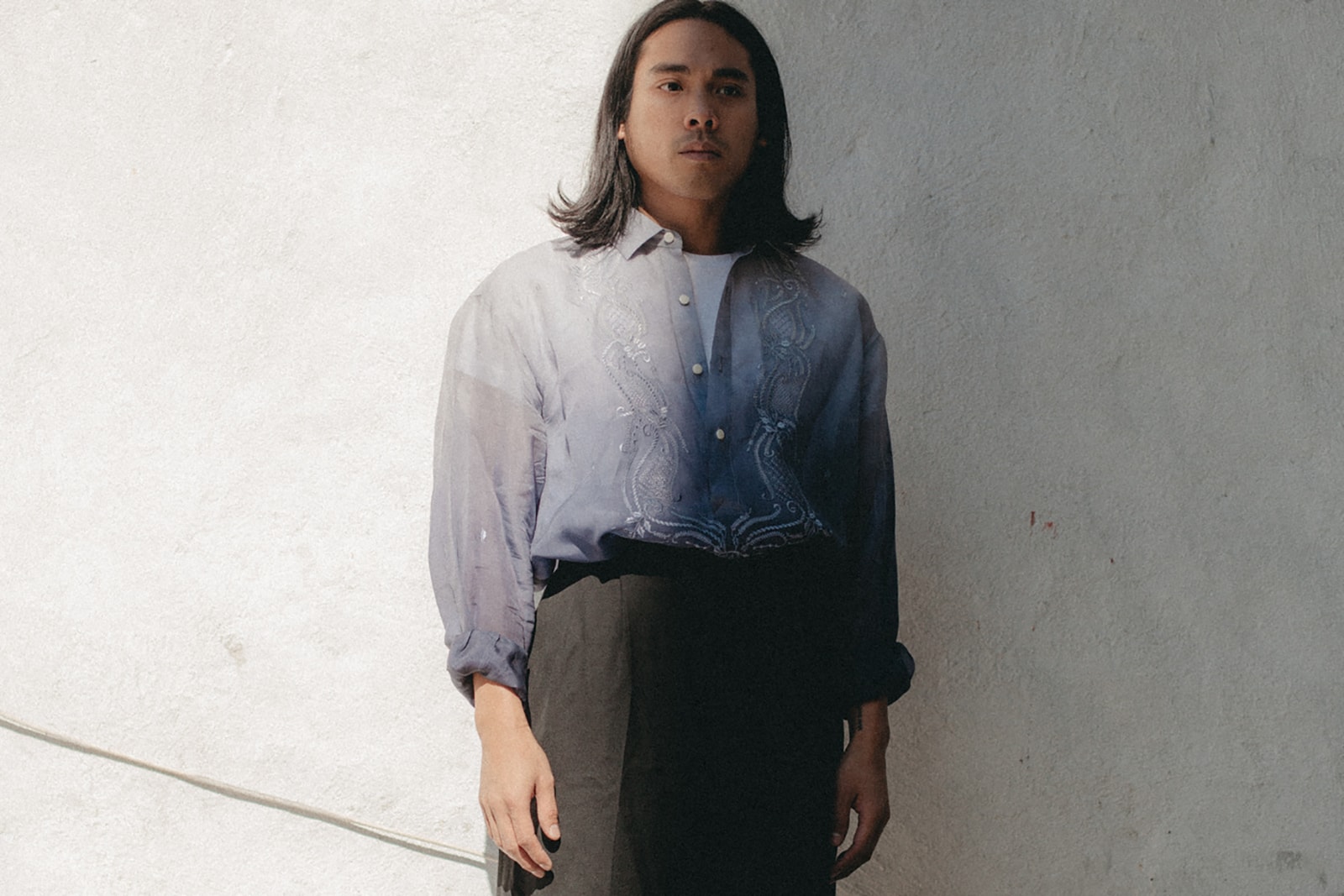 “Due to all the standards that were forced on me, I feel like I struggled a lot with the definition of it evolving throughout the years, because growing up I had a lot of struggles dealing with my gender identity and sexuality. I was actually very tomboy-ish growing up and liked to express a more masculine side of myself. I never wanted to be associated with the tomboy identity because, in Filipino pop culture, there’s definitely a negative stigma attached to tomboys. That didn’t send a positive message to me and because of that, I didn’t have any positive role models who lived outside of the gender binary.

So my definition of beauty started later on because I started to be comfortable with my body and how I presented myself. This major shift happened because I started to discover gay role models and see positive representations of queer communities. During those days, my style felt too superficial and a little too feminine because of what was imposed around me. So I started experimenting with my clothes and hair. Through education and finding the right resources, I learned how to decolonize and move away from the Euro-centric beauty standards. I’m still making a constant effort to connect to my roots to further evolve and embrace new beauty standards. I feel most beautiful when I’m staying true to my gender identity and feeling at home in my own skin despite other people’s judgments.” – Florida Elago 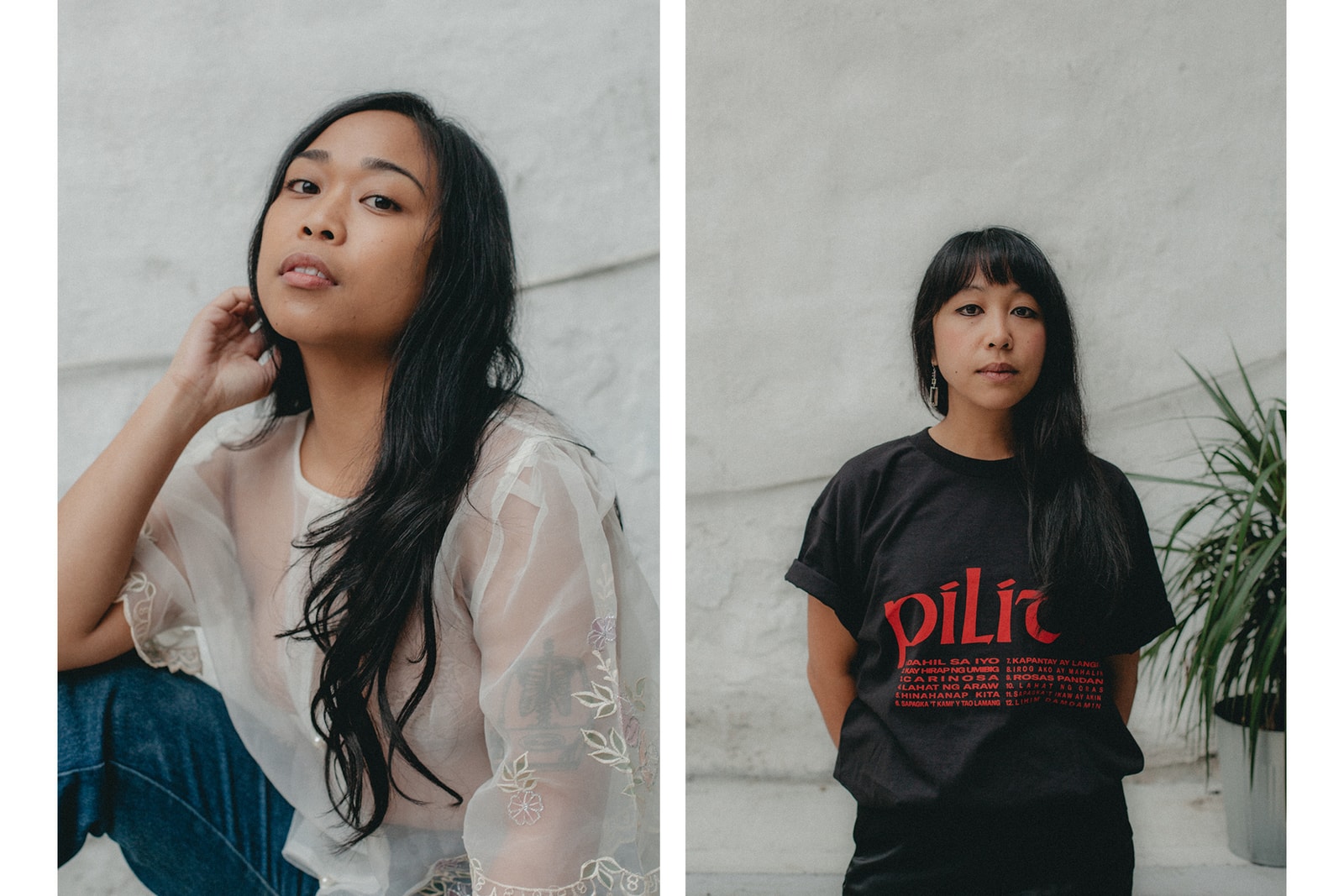 “I’ve come to embrace my own definition of beauty by realizing that I’m also my father’s daughter and I’m practically a carbon copy of my dad. I too am brown-skinned, short and I have a little more to love. The way that I learned how to embrace my beauty was first learning about the history of The Philippines where it was colonized by Spain, Japan and America.

I didn’t realize the actual number it did on the mindsets of Filipinos where the beauty standard to them revolved around Euro-Asian features. The way I embraced my own beauty was by looking at archival photos of indigenous Filipino people and I realized I looked so much more like them than I do with my mom. Realizing the way I look – brown skin, short in height and black hair – means that the genes that I have reflect survival. Survival of Filipino people, the survival of tradition and survival of colonization. To me, that’s how I’ve learned to embrace my beauty. Just by realizing that how I look, act, and move through the world is just another form of resistance.” – Aleli May Vuelta