In Conversation With Jordan Alexander, the New Queen B of ‘Gossip Girl’
The up-and-coming talent reflects on her journey as an actor and singer.
By Pauline De Leon

Whether you’ve listened to her music, seen her performance in the 2019 series Sacred Lies or only recently discovered her on HBO Max’s Gossip Girl reboot, Jordan Alexander is a name you need to keep on your radar.

Alexander’s character Julien Calloway is a unique and spicy edition to the Gossip Girl franchise, which explores the scandalous lives of Manhattan’s elite. From her show-stopping designer looks to her dramatic moments with half-sister Zoya Lott (played by Whitney Peak), Alexander’s role as the new Queen B of Constance Billard adds depth to the show and demonstrates the highs and lows of an influencer’s lifestyle.

Alexander started her acting career at the young age of 12. However, the star told us she took a hiatus after a “big life change.” After moving from the west coast of Canada to Toronto, she decided to hone her musical talents in singing, songwriting and playing the guitar. In 2016, Alexander released her debut album titled The Lonely Hearts Club, and in 2018 opened for Kehlani at the Toronto Pride concert. “I directed most of my energy towards making music and I didn’t feel particularly connected to what acting was offering me. After years of coercion from my older sister, she finally broke through and got me to get an agent in Toronto.”

Having gone through what most actors experience prior to their big break, Alexander powered through auditions while working her day job. “I think artists, in general, have to contend with that living and also try to pursue their art,” she explained.

With the recent premiere of Gossip Girl Season 1, Part 2, HYPEBAE spoke with Alexander about how she prepared for her role, her initial thoughts about the cast and her upcoming music projects. 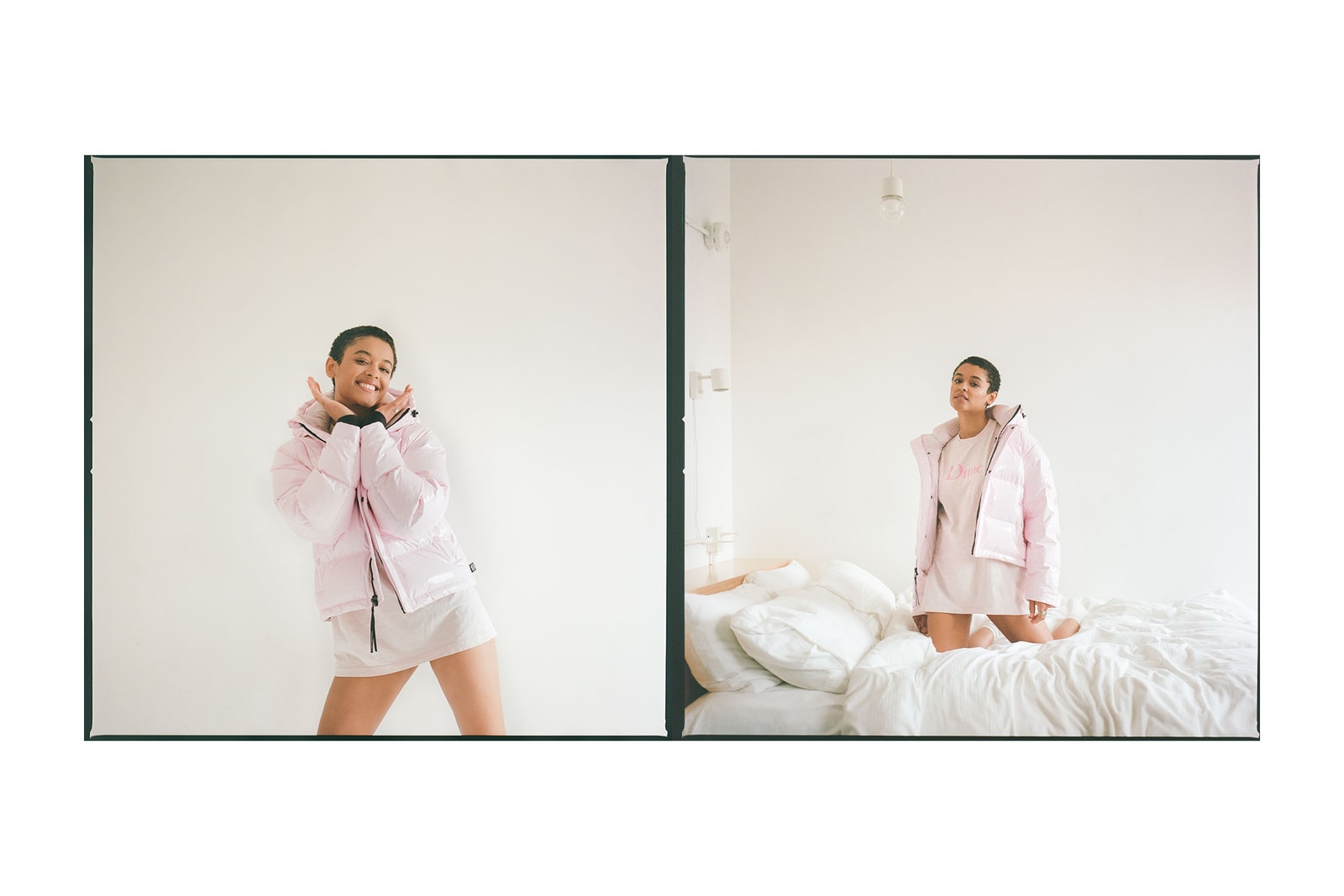 How did the opportunity to audition for the Gossip Girl reboot come to be?

I first heard about the Gossip Girl reboot from my friend Emily Alyn Lind, who plays Audrey in the show. We were at a premiere for Sacred Lies in 2019, which we were also both on. She told me she was in the final stages of her audition for the show and told me I should do it too. I thought it sounded cool so I went for it. After my audition, I didn’t hear back and I forgot about it. Eight months later — while the pandemic was happening — I got a call to do a screen test. It really accelerated considering I did one audition. Usually, there are things in between that, which I thought was strange. Two weeks after my screen test, I was in New York.

It’s cool that you and Emily both got a role on the show.

Yeah, I love it because Emily is so wonderful, sweet and such a unique human being. We didn’t actually get to work that much together on Sacred Lies because it has two timelines happening, and we were not in the same time frame. It was nice to be able to get to know her more and just connect with her. 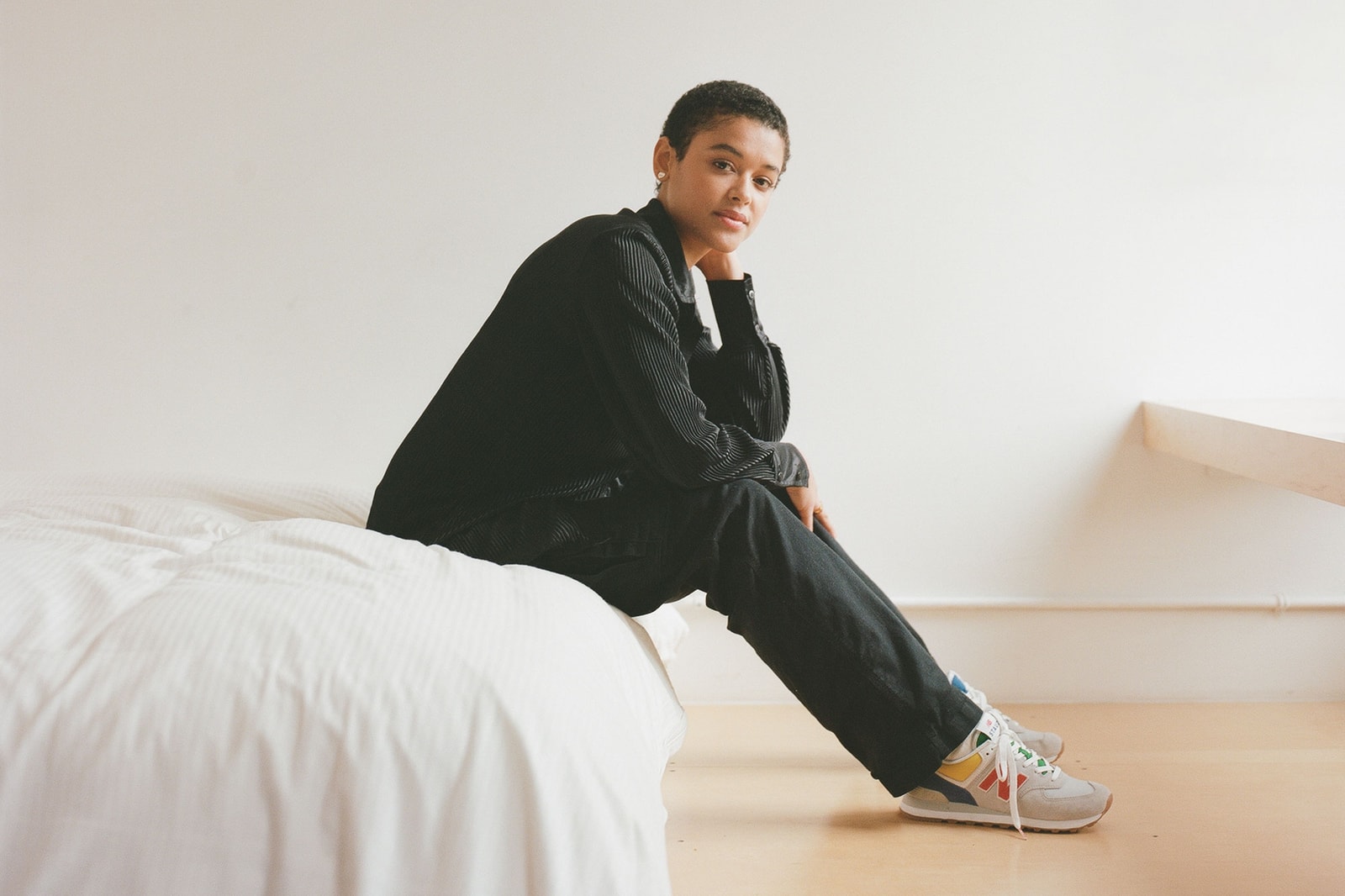 How did you prepare for the role of Julien Calloway?

I started looking into a lot of influencers. I wanted to do a deep dive into what that lifestyle is like, the pressures that come with it and how people present themselves online. I think with Julien, she has a more classic idea of the influencer who [puts up] this facade. I wanted to understand what that was like to want to construct your image online versus just posting whatever and being yourself. She’s very calculated and wants to be specific about the way she’s portrayed online.

Did you watch the original show growing up?

Yes, I did. I really liked it and my sisters were super big fans of it, so I was along for the ride with that. I completely binged the whole series when I got to New York because I had to quarantine by myself in my apartment. It was the perfect time to just absorb all of that.

Are you team Serena or team Blair?

I’m team their friendship and rivalry. I feel like you cannot have one without the other. 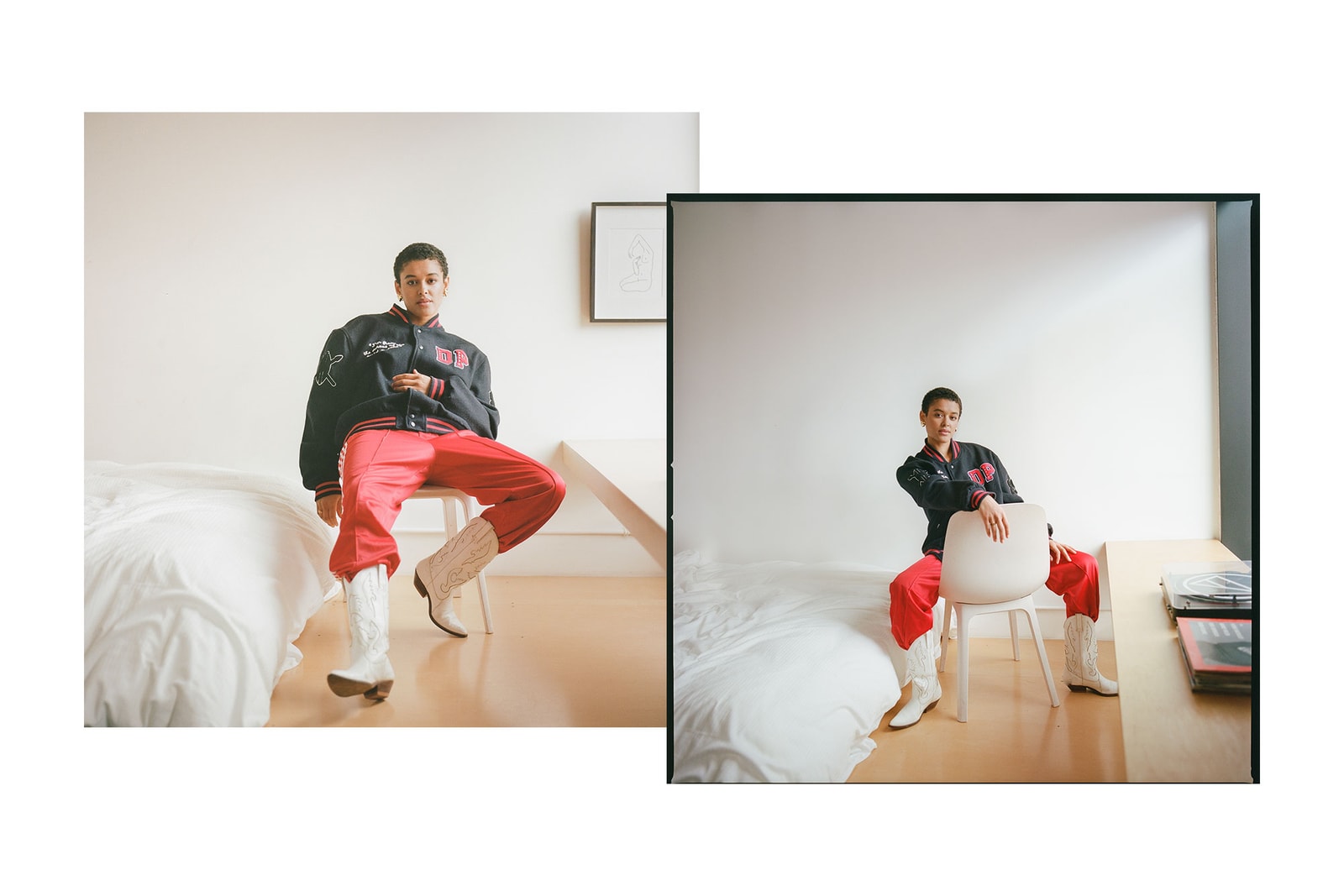 Would you say Julien and Zoya’s rivalry is the same as Serena and Blair’s?

I feel like it definitely has elements of similarity. I think that without being blood-related, Blair and Serena would be the closest thing to siblings because they’re such close friends that they do fight. With a lot of friends, you can stay on a certain level where you never really get deep enough to have big fights. Maybe there’s somebody out there who is super close to someone who’s never fought with them, but I don’t understand that because once you get to those deeper layers, there’s bound to be miscommunications and little conflicts.

Karena Evans directed the first two episodes of the reboot. What was it like working with her?

Like heaven. It was amazing working with her because no matter how hectic and time-crunching sets always are, Kareena was just so peaceful even if we’re down to the wire and everyone’s screaming. Kareena just walks in like a breath of fresh air. 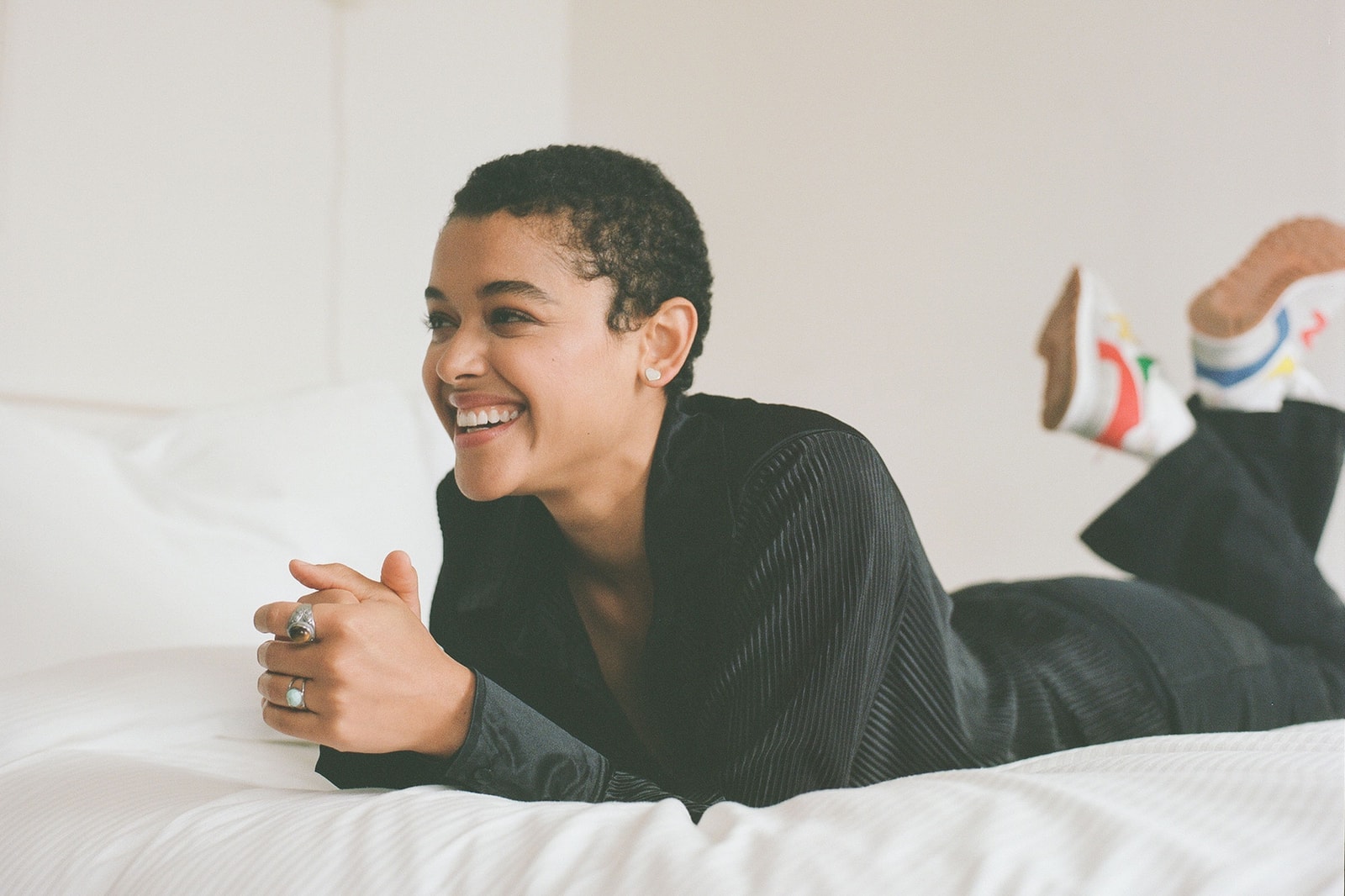 The reboot’s cast is without a doubt more diverse than the original. What was your initial response when the casting was finalized?

The casting of the Gossip Girl reboot is definitely a lot more diverse. I think that’s great. I was the second last person to get cast — it was me and then Evan Mock. I was really impressed by how they stepped out of what they had done before. I guess for the original, it was a mistake, but at the time that’s just what was “normal.” Nobody pointed out that the entire cast was white. People weren’t really thinking about that or even noticing that. When I watched the show, I thought to myself, “These are pretty, beautiful people in New York City.” I wasn’t like, “This is a weird, homogenized group that is not representative of the people who live in New York City.” It made sense. It would’ve been very strange and not accurate to have it be like that anymore.

Your outfits are on point, whether it’s on-camera or off-camera. Where do you get your fashion inspiration from?

I’m actually quite new when it comes to putting together nice outfits. I used to wear things that would clash. Eventually, I started to have this evolution, which is in large part [thanks] to my little sister, Chloe. She told me to get rid of my blue mohawk and stop wearing 27 patterns in one outfit. [My style] definitely still contain parts of that, but I’ve evolved in terms of how I’m connecting to clothes. I have a lot of fun with my fashion. I mostly just try to do whatever is going to make me feel good, as well as try to push the boundaries.

I’ve also started to pay attention to how putting clothes on can be a form of expression and how it can help you understand who you are and what makes you feel comfortable. I like shopping sustainably or supporting clothing makers with a background or a depth to them. 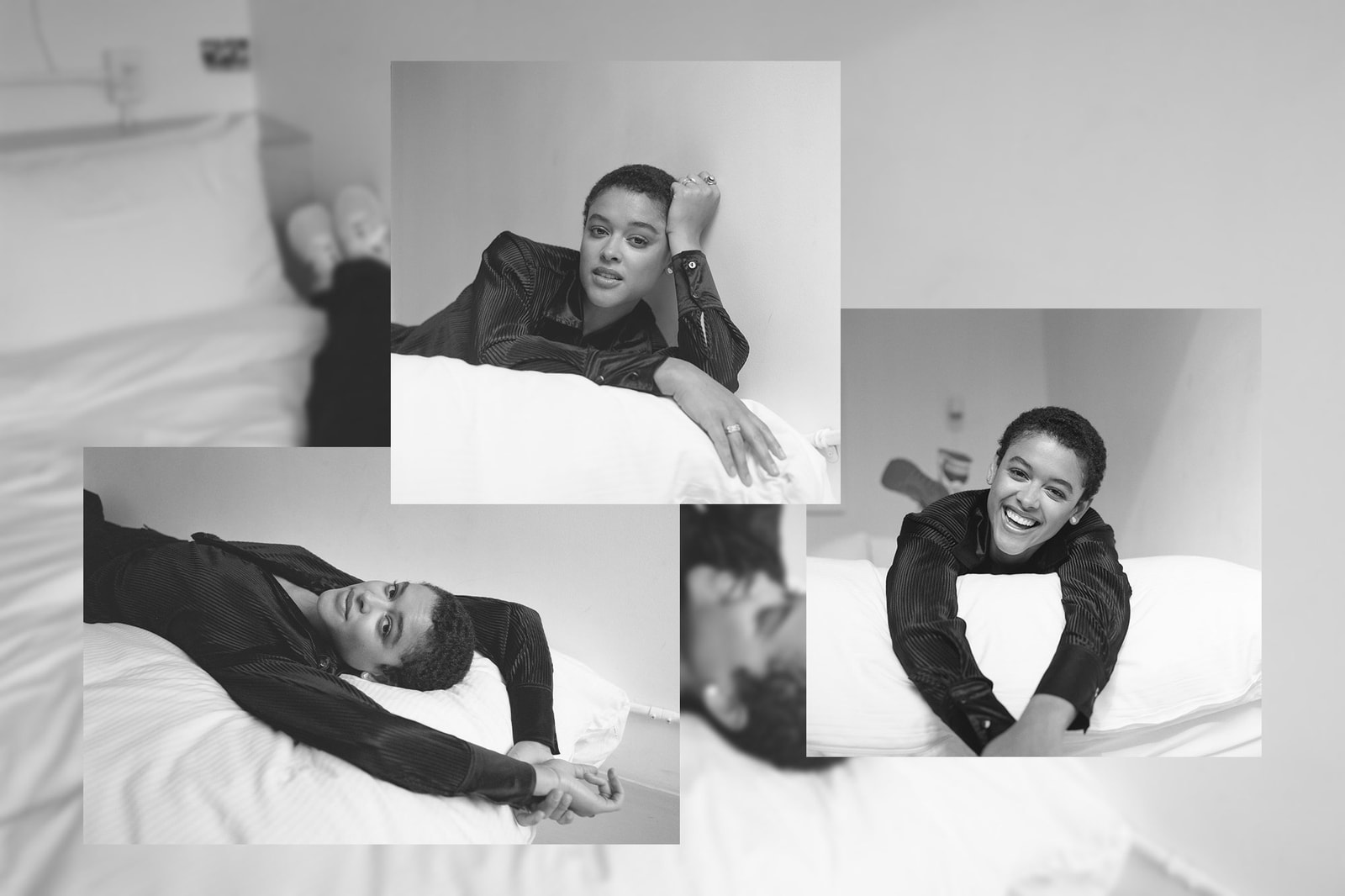 What are some of your favorite looks of Julien in the show?

It definitely would have to be the Christopher John Rogers dress that I wore in the second episode. It was a massive black gown that has a corset and a huge plume of a dress. In the third episode — I think — I wore this large Valentino jacket and I really liked that as well. I also wore a Grace Wales Bonner tracksuit and I lost my mind about that.

You stopped acting for a brief period of time. Can you share with us why you made that decision and how you found your love for acting again?

It’s so funny because I always almost forget that I have an acting history. I had been doing acting since I was a kid. I would do it for a little while and then stop because nobody was forcing me to do it — it was my choice. However, I had a really [long] break in 2011 when I closed the door on everything, moved to Toronto and shaved my head. It was a really tumultuous time in my life. As a result, I directed most of my energy towards making music and I didn’t feel particularly connected to what acting was offering me. After years of coercion from my older sister, she finally broke through and got me to get an agent in Toronto. 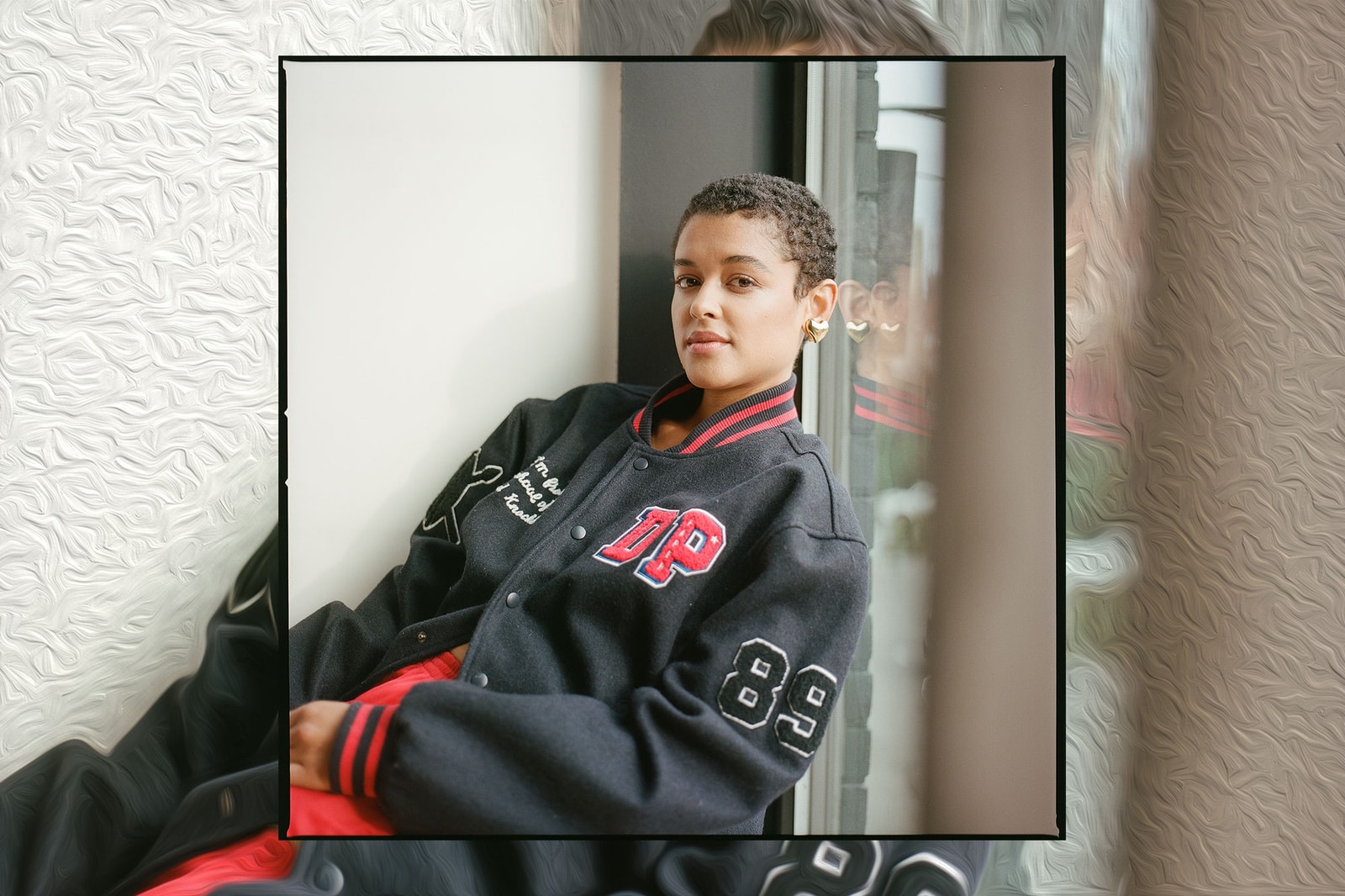 Do you feel that was the right decision for your journey?

In hindsight, getting back into acting was the right decision, but at the time, it was a stressful process. I had to go on auditions and be available all the time, but I also had to work and pay rent. It was a little hectic and I’m sure most actors can relate to that, because all of a sudden you get a call and you need to be somewhere at 2:00 p.m. tomorrow. I think artists, in general, have to contend with that living and also try to pursue their art.

Do you plan on releasing more original music or are you mainly focused on acting for now?

I definitely plan on releasing more original music. I have a project that I’m working on right now with one of my good friends Haviah Mighty. We are creating a project that I’m really excited about because they have all of the technical know-how that I am perhaps missing. I like to make music and create it in my room. But when it comes to rollout and marketing, I’m a little bit in the weeds and Haviah is supremely business-minded. I’m excited about what we’re going to keep making. 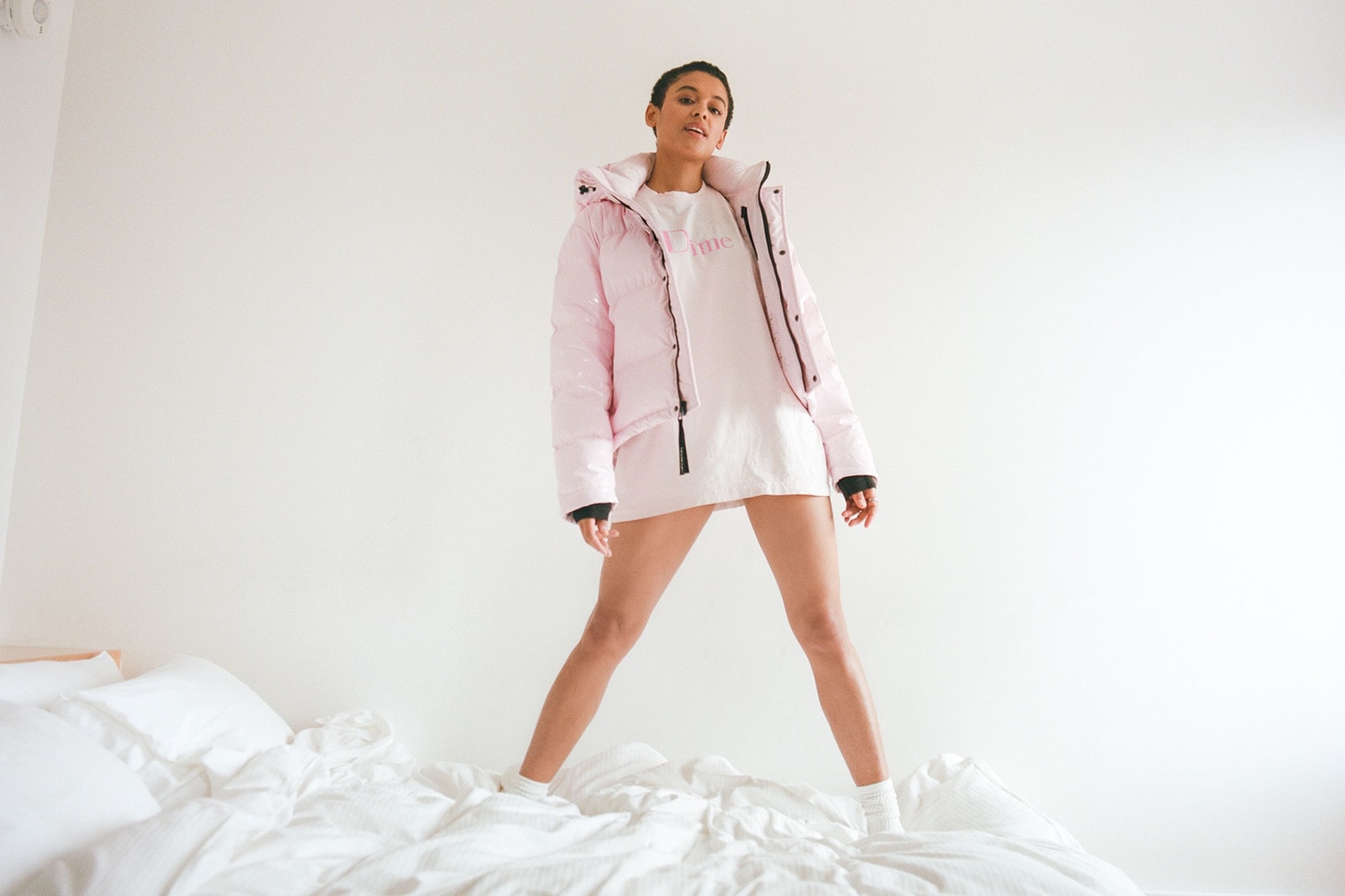 Who were some artists you listened to growing up?

I grew up listening to stuff that my dad would listen to, which would be a lot of rock ‘n’ roll. He loved Led Zeppelin, The Beatles and even Elton John. I feel like that sensibility of having those really anthemic or powerful full sounds influences me when I’m producing my own stuff. I would also listen to Beyoncé a lot. I really loved her when I was younger. Also singer-songwriters like Tegan and Sara.

Can you share with us what else you’re working on before the year ends?

I’m working on taking care of myself, getting lots of rest and preparing for what is to come. Definitely going to be working a lot on that project with Haviah. I want to devote most of my time to that. And of course, just spending time with people I love.