To Tinder or Not: Here are 8 Lessons We've Learned from Online Dating

We asked our readers about the good, the bad and the ugly of dating apps.

Online dating is not something new. Thanks to the popularization of smartphones, however, it has now become more common than ever for someone to meet a potential partner through social networking apps — the millennials are called the Tinder generation for a reason. Admittedly, dating apps are not for everyone, but we can all learn something between swiping left and right on photos of strangers. Beyond mastering texting skills and how to build the perfect profile with just a handful of selfies and a witty bio, there are greater lessons on love that you can benefit from online dating, no matter the outcome.

And because everyone’s experience is different, we’ve asked our readers to share with us their best dating app stories this Valentine’s Day. From bittersweet to downright terrifying, read the relatable accounts below.

1. It’s not always the case, but it may heal a heartbreak.

“I was on Tinder just to see if there was my stupid AF ex-boyfriend. And I saw a cute face so I swiped right and bam, message from him. Like a cliché, I decided to wait to answer. It was fun. One moment we just asked about our jobs. He was one of the bosses of my ex-employer. I organized a date and when he came out from the metro station, I laughed so hard because I recognized him and always thought he was gay, but it wasn’t the truth. It was like 8 p.m. and we stayed in Paris all night long until 7 a.m. We are still together. And my ex will get fat days after days. Karma exists.” — @faradiballe

2. Things don’t need to work out right the first time.

“I’ve used a couple dating apps, created and deleted profiles, vowed to never make one again until last summer. My girlfriend and I, newly single, attended Oakland Pride to no avail. No numbers, no flirting, no promise of a fun after party. We were beat from head to feet and staring each other down over back to back blunts before we decided to make Tinder accounts.

We swiped till sunrise. Not kidding. A few weeks and disappointments later, I turned on the option to match with women and finally saw my would-be girlfriend. She’s cute, black (hard to find in the Bay Area), has tattoos, and our politics seem to align. I swiped right and was bummed not to get an instant match. I’m cute AF!

We eventually matched and planned to meet that day. Anxiety setting in, I was ready, but the panic made me almost two hours late and she started to think I was a catfish. Not to mention I was texting her from two numbers because my working phone was stolen by my friend’s Tinder date. SMH…  Ultimately, we met at the park to smoke. We did NOT like each other immediately. We’re both Pisces but opposite in our own right, yet still complementary. Anyway, I met her in October and have probably spent a week away from her since. February 10 makes four months since I deleted her apps, blocked her exes, and shared her location with me indefinitely. Oh and I replaced my phone! Lol.” — @yaasmeenhaseena

3. You may realize that dating apps aren’t your thing, and there’s nothing wrong with that.

“Tinder was the first app I started using then HER. Never had any success till one day on Tinder I found one guy and it said he was far away (turns out he was just 15 minutes away), but I liked him. I liked him and his one picture. Idk, I guess I just saw it and vibes with it and was waiting to see if he’d match with me. Keep in mind I had been on Tinder for like 3 years already, lmao. We matched and ended up talking. Ended up finding out all his baggage and still accepted him. He told me just recently he loved me and I said it back, which was also a big deal for me. Next day, he told me he regretted it because he wanted to be single. Couldn’t accept it till now. And I think now I don’t care to look for someone else online. Makes me want to go out and just live not worrying about if I have someone to lay with at the end of the night. Idk, Tinder helped me but in a different way I suppose.” — @lj.xx33

4. Look out for yourself, especially when you first meet someone new.

“When I first moved to NYC, I wanted to meet people (aside from the men approaching me in the street daily, lmao) and my homegirl suggested Plenty of Fish. I tried it and wasn’t too disappointed. The men weren’t too corny compared to most men on dating sites, lol. Me being fearless, I wasn’t scared to meet anyone. I wanted to hop right into it.

So this guy messaged me and told me we met last month at a party in Queens. By his pictures, he seemed like my type so I wasn’t surprised that maybe I did speak to him at this party. I gave him my number and we’re texting for a couple hours and I wanted to meet up. He told me to come to Brooklyn and we could get food and drinks. He kept in touch the whole two-hour train ride from the Bronx to Flatbush, and I was sure there was no weird sh*t going on.

As I was getting off the train and using my GPS for his address, it began to rain. So I said, ‘could you start walking towards me with an umbrella?’ He’s like, ‘Of course, one min!’ Then texted again he’s on his way with the umbrella so I kept walking, walking, walking then finally it sayid I was 400 feet from his house. I was like, ‘Where is this guy?’ Maybe he didn’t leave yet, typical men. I call — no answer. Text — no answer. Call, call, call, call, call, call — NO answer. Now I’m tight. I’m from the Bronx! Flatbush is DEEP. 10, 15, 20 minutes pass and I was like, ‘Nah, I’m knocking on this door. I don’t care.’

As I was opening the gate and getting closer, I realized the house was for sale and empty! Nobody lived in it. So me being me, I texted this man cursing him to hell cause he got the wrong one, plus it was daytime and I wasn’t afraid really. He replied with a picture of me. Standing there from the back. He was in a window down the block somewhere taking pictures of me. No explanation or reply just pictures of me from afar. Weird a**.” — @yungtatez

5. Some relationships deserve a second chance.

“I reconnected with my boyfriend on Tinder. We had a fling in high school. We went different ways for college and work, and then 5 years later I decided to download Tinder. He was one of the first profiles I saw on there. I hesitated to swipe right but decided to anyways and it was an instant match. We hung out in the guise of “catching up” and hit it off and have been dating for a year.” — @amandarraine

6. No matter how you meet, being in a relationship takes work from both ends.

“Dating app: Tinder. I matched with a boy I had a few mutual friends with and had seen once at a bar, chatted for a while and exchanged a few phone calls before meeting one Sunday afternoon. Our first date was intense and I loved every minute of it — we got burgers, rode a Ferris wheel and went ice skating. Almost six months later, after tons of arguments and make-ups, we are still together and have set so many goals for 2018.” — @clo_silverster

“I used Tinder for a few months and came in contact with some INTERESTING dudes. Didn’t really have any expectations because I had heard horror stories about the people on Tinder. And tbh, I would never meet up with people on there — I’d mostly get drunk with friends and then we’d all think of dumb or funny things to say to guys. But I actually met someone I was interested in. We went to a concert together and three years later, we are living together and have a cat named Brooks. The end.” — @lizbeecroft

8. Even if you don’t find love, you may find something that’ll make your day.

“That time I downloaded Tinder just to see what it was about and found a guy dressed as a life-sized radish.” — @kara__chung

“I just started using Hinge and I was super skeptical, but I matched with this sexy man. His eyes and confidence caught my attention. I’m a personal trainer who lives in spandex and his style is dope. So naturally, I asked him about his style and he told me to follow you guys. So, now I do. Our first date was eating snacks at my place as we watched the Vikings get slaughtered (I’m from Minnesota). Oh, I’m also still seeing that sexy man. He’s helping me get my style outside the gym in shape.” — @jleeloud 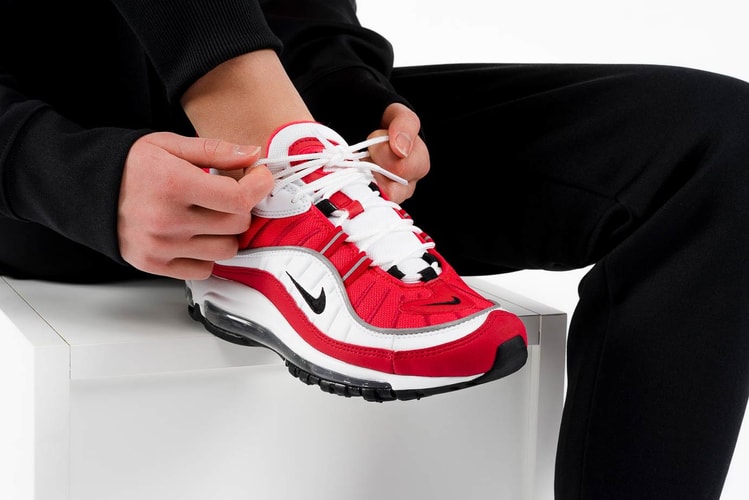 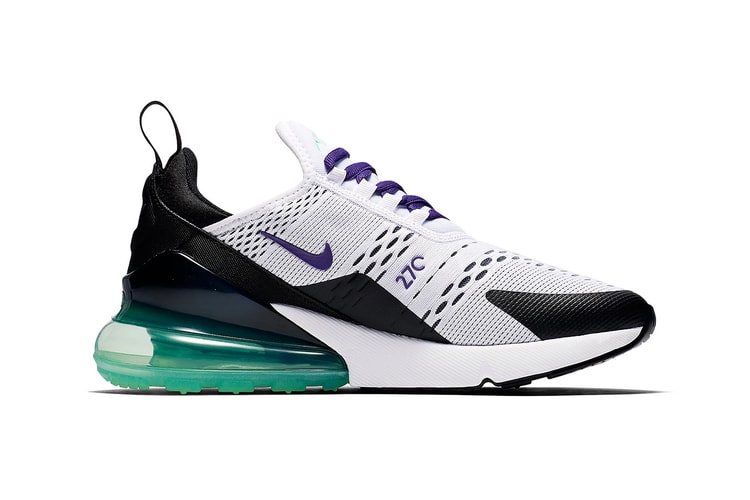 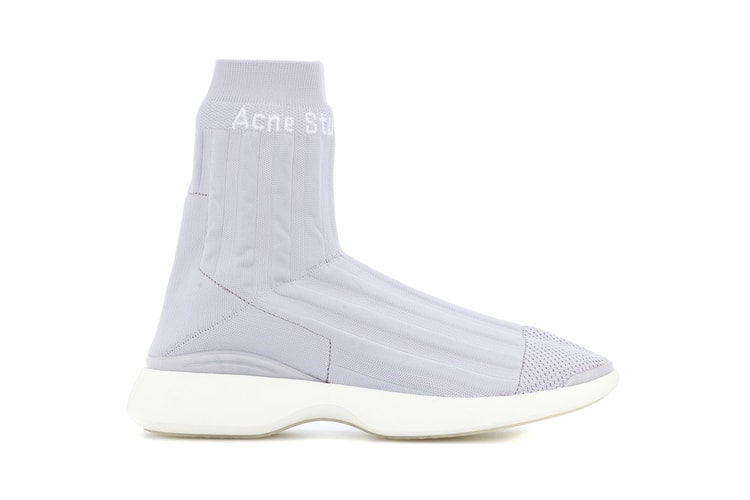 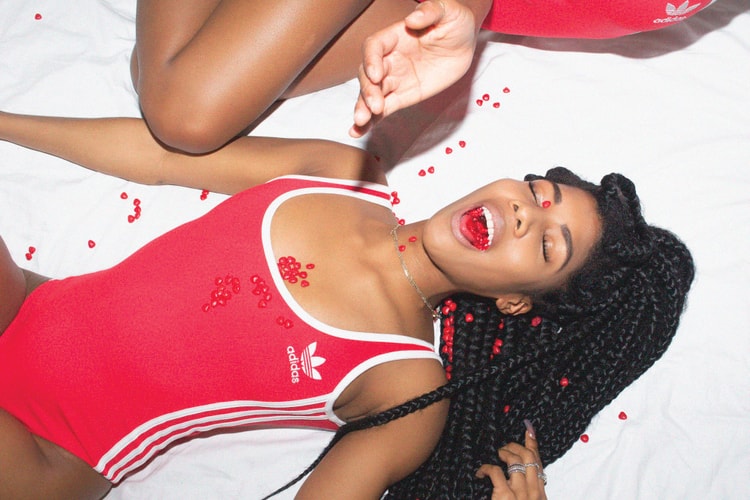 Spread the V-Day Love With This adidas Originals Shoot 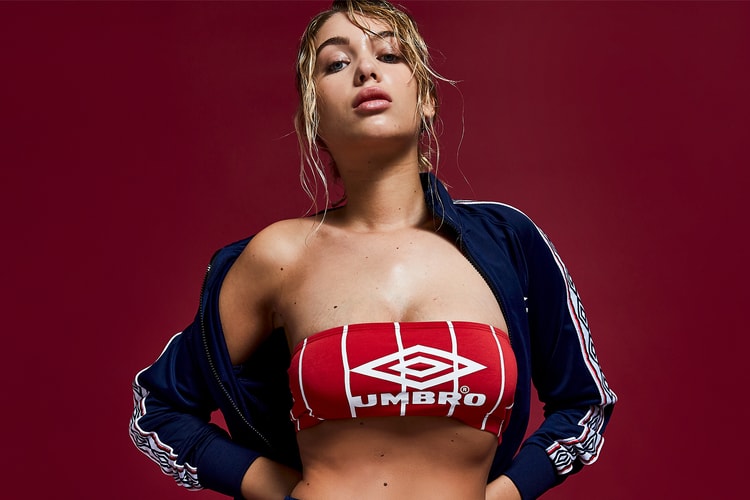