She tells us about her inspirations and her favorite travel destinations.

She tells us about her inspirations and her favorite travel destinations.

Between her curly and voluminous honey-hued coif and ’90s tomboyish flare, Marlen Stahlhuth, aka Leni Paperboats, is a complete doll. Her sweet personality totally complements her colorful and energetic style which further permeates into her art. Her social media is a whole mood too. Leni’s Instagram feed gradually transitions into various color palettes, from blue to green to yellow creating a blended gradient which documents her travels featuring gorgeous sunsets, architecture, and other visual inspiration.

Leni is an editorial fashion photographer who has worked with adidas, VICE, MTV Style, Indie Magazine, Material Magazine, Nylon Japan, and Blonde Magazine. Her collaborative work is a reflection of her personal style as well. For one of her own latest projects, Leni photographed bold imagery of women and men of the African diaspora highlighting their beautiful hairstyles. The Crowns Project  is an ode to Black hairstyling encompassing all natural styles to showcase the beauty and diversity in them, essentially seen as”crowns” – including braids, bantu knots, afros, and dreadlocks.

We got a chance to catch up with the German creative to learn more about where she finds inspiration and how she uses her lens as her voice.

Your website is entitled ‘Paperboats’. What is the significance and meaning behind this chosen name?

I come originally from Hamburg (a harbor city in Germany) and I’ve always had a thing for water and boats — I also have a little boat tattooed. I can’t remember what came first though, the blog or the tattoo.

How long have you practiced photography and what inspired your interest in it? Did you study it in school or are you self-taught?

I’ve been working as a photographer for about seven to eight years now. I studied fashion journalism and while I was at university I started my first blog. Mainly to keep my mum happy as I was the first child to leave the house and the blog was a way for her to participate in my life. I bought a simple camera and started shooting basically everything around me. I also started going to fashion weeks and photographing street styles when there were maybe only one or two other photographers around doing the same. Magazines caught an interest in it and started paying me for photos. That’s basically when I started to consider that photography could be a profession.

What is your preferred photographic medium (digital, film) and why?

I prefer to shoot on film. Mainly because it is closer to the actual tool of photography and not everyone can do it. In times where any smartphone camera can turn you into a photographer it’s nice to shoot with something different. I also like the slow process of analog cameras. Everyone gets ready for the one shot there is, everyone is highly concentrated. Not like with digital cameras where you shoot 100-200 photos and it doesn’t matter if you pay attention with all of them. I also love the feeling analog cameras bring and the little mistakes that find their way into photos every now and then and sometimes even make it better. I’m a bit tired of too perfect photos. I like a little over exposure or blurriness if it helps to bring across a feeling. This to me is a far better and accurate way of showing reality.

What sources of inspiration have been an influence to your work?

I’m a huge sucker for architecture, (art modern, Bauhaus etc.) as well as movies. A huge part is obviously traveling and seeing other forms of art in real life (not just via the internet). I try to visit at least one to two new countries every year and try to spend five to six months outside of Germany. As I almost only photograph with people, a model or the person I photograph often becomes the main source of inspiration and I arrange the rest of the photos to match him or her. Not always purposely but it usually ends up like this. I also obviously admire a lot of photographers and try to portray as many as possible on my site. Here are a few of my favorites: Guy Bourdin, Harley Weir, Kristin-Lee Moolman, Tyrone Lebon, Nadine Ijewere, Ryan McGinley and Bonnie Strange (to name a few).

With analog photos I usually do little to nothing. With digital photos I mainly edit light, color and contrast. I have a certain thing in mind and color always plays a huge part in that. But with people as the subject I like to not retouch too much and rather keep it as close to the original photo as possible.

Tell us the story behind your favorite photograph.

When it comes to my own photos I don’t really like past work because I constantly see the things I could have done better, or what I would do differently now. That’s why it was extremely hard to select anything for a little exhibition I had last year, because I couldn’t really decide on anything. If I have to choose one then it’s one that actually happened by accident and which I only recently have found again. It shows a naked girl diving down into a pool. The slight distortion of her body and the reflection of the light on the pool water (I have a thing for pool water by the way) somehow work for me. When it comes to other people’s work I have a lot of photos saved and actually have a list of photos I would want to buy as art pieces if I ever have enough money for them. Here are my top three: a soldier from the Infra series by Richard Mosse, Nikee Rider by Hassan Hajjaj, a nude from the Caves series by Ryan McGinley.

“I’m a bit tired of too perfect photos. I like a little over exposure or blurriness if it helps to bring across a feeling. This to me is a far better and accurate way of showing reality.”

How do you educate yourself to continue to take better photographs?

Mainly by trial and error. Especially when it comes to analog photography, I just try out a lot of things. I’ve never assisted anyone before and I’m not the type of person who watches YouTube videos on how to get the right light at the right spot. For me it’s more about a feeling I have when taking the photo. I do look at angles and ways of forming the human body to make it look more unusual and less “normal” on photos though.

Where have you traveled to that has provided the most visual inspiration to create your best content?

That’s hard to say. My favorite city to this day is Tokyo. I love the architecture there and the mentality of people. I always feel Tokyo is three years ahead of Europe. But I also loved Mexico City, Bangkok and Banjul. It’s more about unseen places that inspire me.

How did you come up with the idea to create the Crowns Project and what have you learned from the experience?

It started basically by me photographing my friends. None of my family members have curly hair so it was mainly my friends who showed me products, treatments, and hairstyles that would keep my hair from breaking off. Watching what they could do with their hair to me is absolutely fascinating. It’s like an art form on your head. So, it went from portraying my friends to people I met while traveling and finally to just asking people on the street, in cafes or via Instagram. The best thing about this project is the people I met through it. Everyone so far has allowed me to photograph them for free and I really appreciate the time they made for this project. This project is about them. I’m hoping to turn it into a book (along with some small interviews) and an exhibition so that people can have something to hold in their hand.

In terms of what I’ve learned I think it made me a lot more sensitive to what natural hair means to people and the effects of cultural appropriation. Not knowing a lot about that when growing up in an almost all-white town, this was something I had to educate myself about and until today still try to do.

What are some of your favorite hairstyles from the Crowns Project?

That’s hard to say but I think my absolute favorite is someone I’ve been in contact with but haven’t actually managed to photograph yet, as he and his family live in Los Angeles. Benny Harlem and his beautiful family have incredible natural hair and regularly come up with very creative concepts to transform it. They are an absolute inspiration and I hope to photograph them in the future.

What other projects are you currently working on? Personal and collaborative?

Crowns is an ongoing project that I sadly often lack the time to do. Other than that I’ve also started photographing people with bald heads as that brings across facial features in a beautiful way. It’s not turned into anything yet though and is more for me. I’ve also started filming which is where I need and want to learn much more about this year. 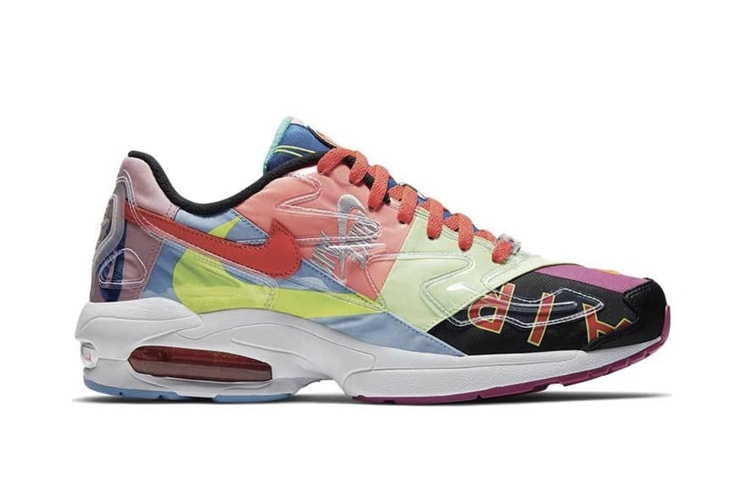 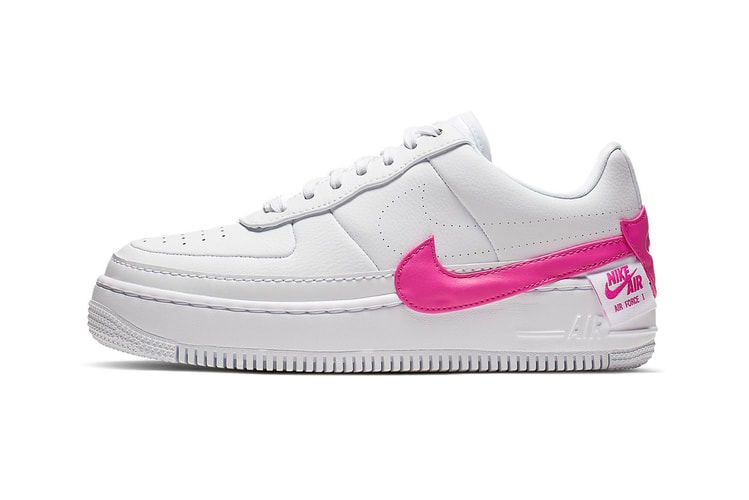 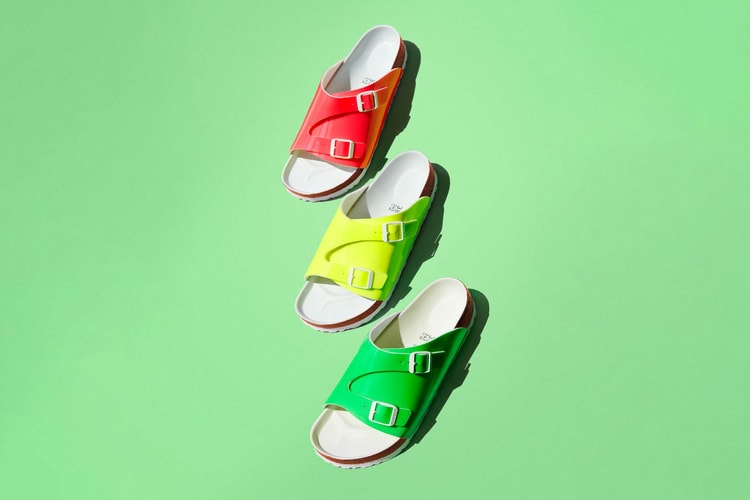 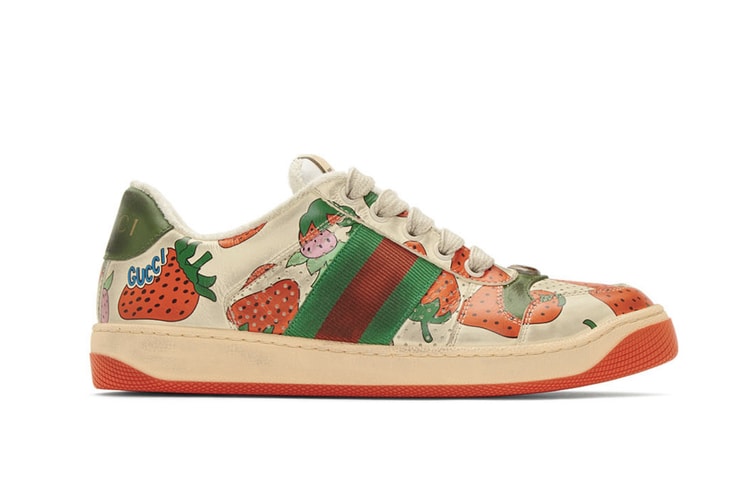 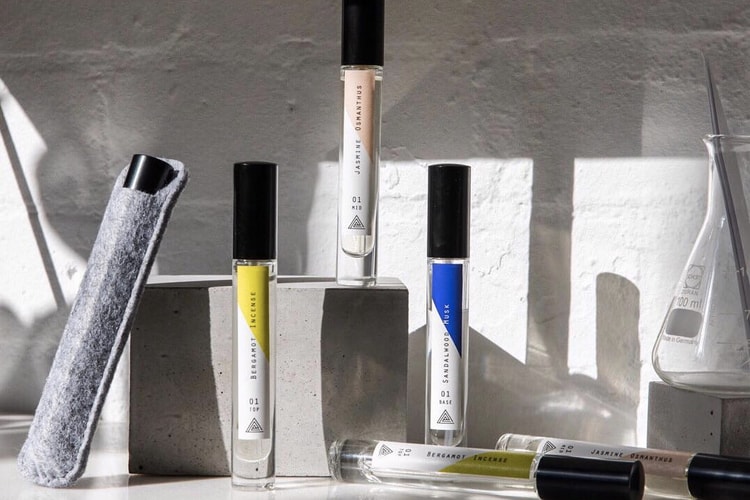 Here's Where You Can Blend Your Own Custom Perfume in London 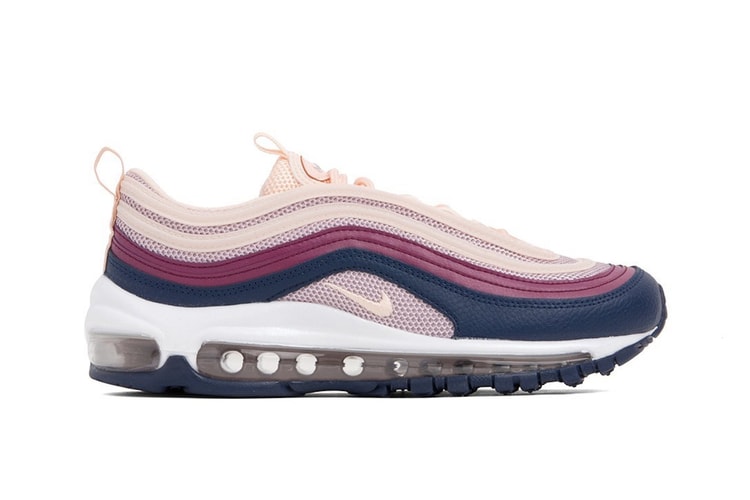