Sorry to Bother You is set in a world strikingly similar to Oakland, California. For Boots Riley‘s directorial debut, the creator pushes boundaries in regards to code-switching, race and pushing past the status quos set in place by Western society. The cast is led by Lakeith Stanfield (Atlanta) and Tessa Thompson (Westworld), an actor and actress who both evoke a unique range of emotions on film. Indefinitely when watching a film filled with quirky hairstyles and plenty of bravado to match, viewers are left wondering how the wardrobe department made it all happen.

In our latest feature, costume designer Deirdra Govan breaks down how she breathed life into each character, what her brainstorming process was like and how she got her start in the industry. Her creative journey was marked by hard, diligent work on set of Broadway shows which followed numerous positions in the fashion industry. Prior to production of Sorry to Bother You, Govan was presented with the script and immediately began brainstorming. Riley’s surreal universe featured protestors, bold typography enveloped by a theme of Afrofuturism.

Keep reading below for an in-depth look at Govan’s creative journey and more.

How did you get your start as a costume designer?

From a very a very young age I knew that I wanted to design and tell visual stories. I studied Fashion Design and Design Management at Parsons School of Design. I focused on Costume History and Theory. So I knew fairly early on after graduating and spending some time working for such fashion houses such as Giorgio Armani, Romeo Gigli and others, but a career as a fashion designer just wasn’t my thing. When one of the fashion houses that I was working with filed for bankruptcy, I knew that was the time to make the move. I reached out to a close family friend who was a makeup artist for Saturday Night Live. He introduced me to one of his friends who was a business rep for one of the IATASE Unions here in New York. I then interviewed to join the union and started out as a theatrical costume dresser (what we call a swing dresser) kind of like an apprentice on Saturday Night Live and on Broadway. I started out aging and dyeing costumes, doing alterations, putting my academic, tailoring and artistic skills to work.

I then learned various costume dresser tracts for such shows like Miss Saigon, Les Miserables, Cats and Mamma Mia! After several months of training, I earned my union card then went on an international tour costuming for the Gershwin Opera, Porgy and Bess. It wasn’t as glamorous as some believed it to be. It was very long hours, at time grueling and a lot of hard work. But, I learned a lot and went through a lot, it was never handed to me. I had to earn my place on every job every step of the way. From the ground up I’d like to say.

Sorry to Bother You is centered around the theme of Afrofuturism fused with surrealism in an Oakland-inspired city. Where did you pull the initial inspiration to tackle the wardrobe?

In my initial notes to Boots that accompanied my presentation, I noted and detailed very clearly what I felt within alt-universe was. I was very clear to me that the base was a definitely blend of Afrofuturism, afro-punk with a bit of vintage chic. So I honed in on this which is how both Boots and came together in understanding this would be the baseline narrative of the costumes and how they could serve the script.

After you began brainstorming, what were the next steps in bringing the vision to fruition?

For me, after I read a script, my design process always starts with the research. Having an “eye” isn’t enough. It needs to be supported by research and tangible visuals. My inspiration can come from many mediums. Be it works of art, music, the news, books I’ve read or my travels. I draw upon many skills sets to bring my ideas together, whether it’s sketching (when there is time), collage, painting, photography or textiles work and so on. It’s how I work things out in my mind.

Since Sorry to Bother You is Boots Riley’s directorial debut, did the film provide an opportunity for you to be experimental and push glass ceilings?

Absolutely, I’ve been doing this for a while. I think every experience and step that I’ve taken has been a building block to the next thing. Truthfully, I feel that any failures that I might have had creatively have helped me be a better problem solver under pressure or not. When you take on a film like this, it’s those past failures and experiences that allow you to understand early on if certain things are possible and what isn’t. When you a designing a film with such a tight budget, it requires you to be extra scrappy and resourceful.

What was it like working as the assistant costume designer for Netflix’s critically acclaimed movie, Roxanne Roxanne?

As the assistant costume designer, part of my job was to support the costume designers designer’s vision by providing research material and from a first-hand perspective of having lived this experience. The ’80s was my era and I knew this world of hip hop and how music and street style fashions told the story of our teenage generation. I was that kid who grew up on MTV and Video Music Box.

What was the process behind executing Tessa Thompson’s blond-haired look for the film?

The coloring of Tessa’s hair color and style was the creation of our Hair Department Head, and the look of her makeup was designed by our Make-Up Department Head. In combination with my costume designs, is how Detroit’s look really came together. It was because of our communication, collective efforts and collaboration with Tessa.

Historically, Hollywood has turned away from allowing black actors and actresses to exist at the intersections of punk and pop culture. In the film, how does the wardrobe reflect the meeting of these two mediums?

The costumes are meant to be a melange of many styles. In the STBY alt-universe of our film, you’re not really able to pinpoint what year we are in. The baseline is centered in Afro-Punk, Afro-futurism and our film is a study in the politics of alt-style. The history of punk was a rallying cry against the mainstream establishment, a subculture. Afrofuturism is a combination of science fiction, fantasy, and magical realism with non-traditional western ideologies. Both of these movements and styles genres have been replicated in popular culture time and again. With Sorry to Bother You, I’ve strategically paid tribute to these various aspects of the costumes I created with each character having its own signature statement of personal style.

The history of punk was a rallying cry against the mainstream establishment, a subculture. Afrofuturism is a combination of science fiction, fantasy, and magical realism with non-traditional western ideologies.

We’re currently experiencing a black renaissance within media. What do you believe your role is during this era?

I don’t like to say we are “experiencing a black renaissance” because some of us “below the line” have been grinding at this for years. We just simply hadn’t been given the opportunity to have a seat at the table until recently. However, I do believe we are turning a corner. That said, as I continue on my journey, I feel that my role is to continue to act with integrity and grace despite the obstacles that may come my way. I will continue to challenge the paradigm of what someone else preconceived notions or expectations are of me as a designer.

What was your favorite moment on the set of the film?

I have many, but watching Boots with a bullhorn calling “ACTION” was simply one of the best.

Is there an underlying message you’d like viewers to leave the theater with?

You might need to see twice to really get it. If you pay close attention there are a lot of messages that apply to the times we are living in now. There’s a lot to discuss and take in after watching this film. But I hope the audience will take it as a rallying cry to wake up, come together and see what’s really going on in our society. 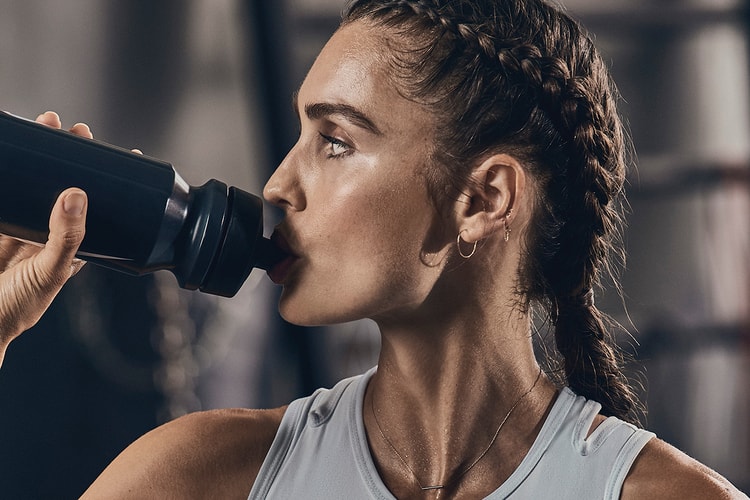 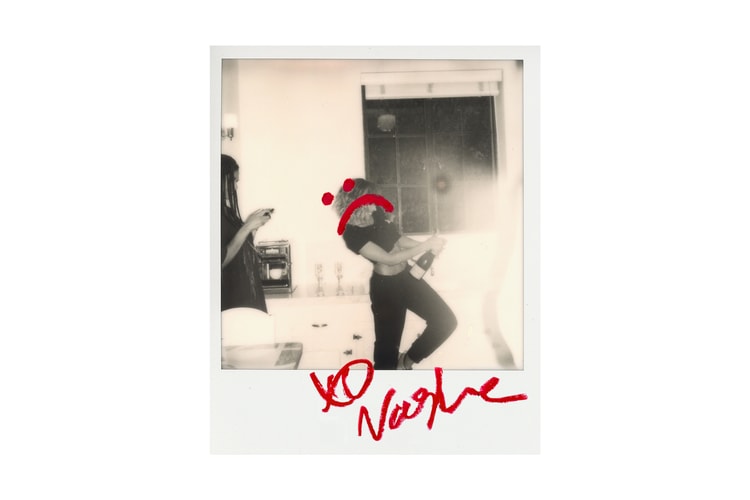 Tinashe's "Like I Used To" Is a Break-Up Anthem 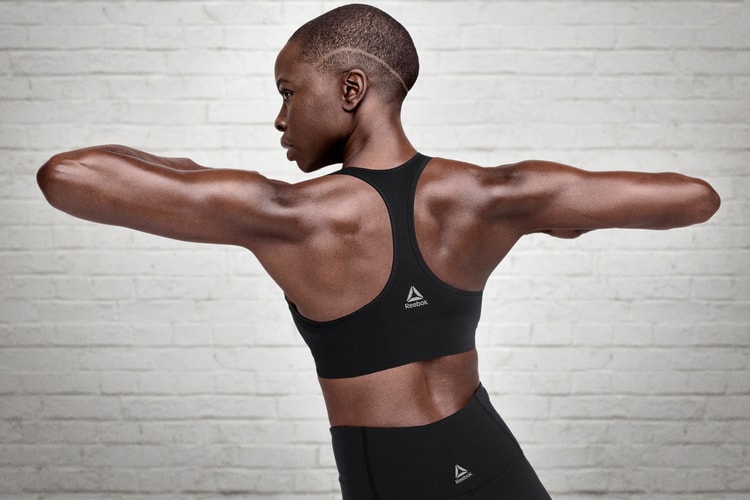 Read her motivating letter to her younger self.
By Esiwahomi OzemebhoyaJul 13, 2018
Fashion

Featuring ‘Stranger Things’ star Finn Wolfhard and his bandmates among other creatives.
By Teresa LamJul 13, 2018 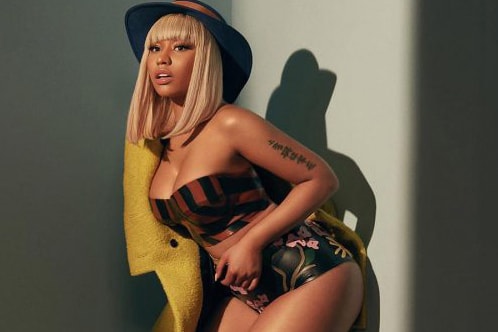 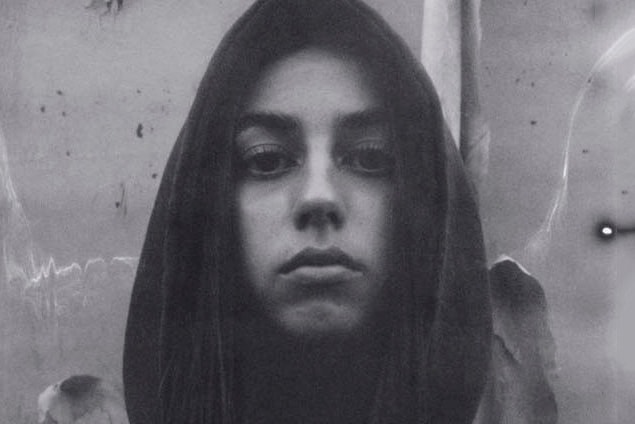 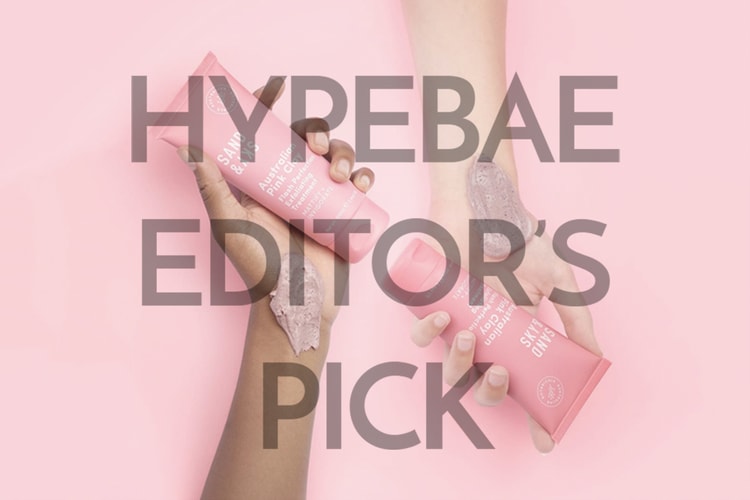 Our “Editor’s Pick” this week is all about speedy skincare.
By Nav GillJul 13, 2018
More ▾