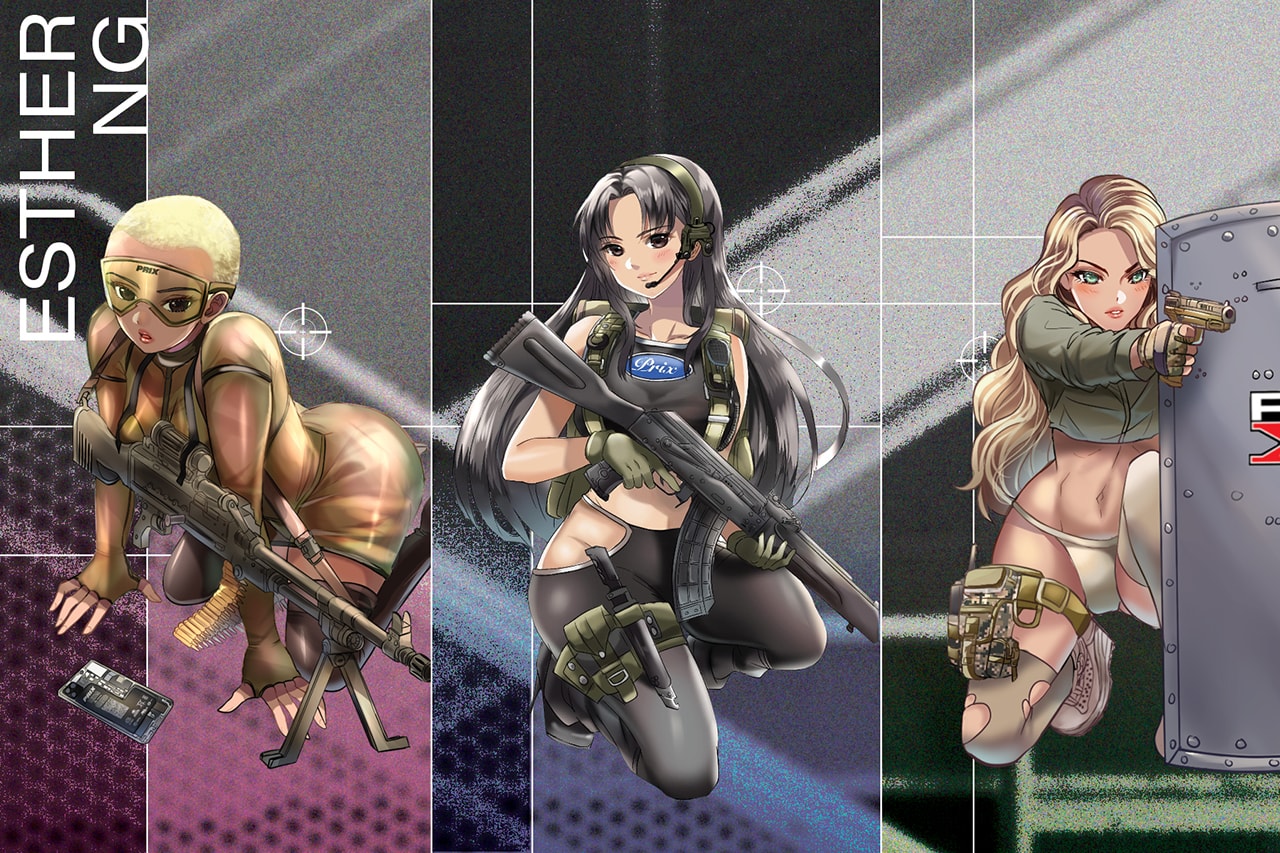 What It’s Like to Enter the Gaming World as a Woman
Emerging label PRIX’s founder Esther Ng shares both positive and negative experiences from her years of gaming.

Thanks to the rise of mobile and online gaming, the video game industry has seen steady and impressive growth over the last few years. With over 2.5 billion gamers around the world, the industry is projected to reach $300 billion USD in value by 2025. Even during the uncertain times of the coronavirus pandemic, video game usage has significantly increased globally. The Nintendo Switch gaming console was recently sold out in the United States, while the newly-launched Animal Crossing: New Horizons has reportedly become the fastest-selling Switch game ever.

Although gaming and fashion may seem like an unlikely pairing, industry leaders like Nicolas Ghesquière have proved otherwise by enlisting Final Fantasy character Lightning as a campaign model for Louis Vuitton‘s Spring/Summer 2016 collection. In 2019, the French luxury house even released a League of Legends-themed capsule collection and created LV-emblazoned skins for the game.

Another designer who’s marrying gaming and style in her work is Esther Ng. With her experience at YEEZY and interests in video games, automobiles and more, the Auckland-based creative founded her own label PRIX in 2018. Within a few months after its launch, PRIX has quickly become a celebrity-favorite brand, with its catsuits, windbreakers and cropped tanks worn by the likes of Hailey Bieber, Kylie Jenner, Ariana Grande and Madison Beer.

An avid gamer herself, Esther has experienced first-hand the challenges many gaming beginners (especially women) face. With a Twitch channel where she does livestreams on a regular basis, she has all kinds of stories — both positive and negative — to tell when it comes to common stereotypes in video gaming.

As someone who has been exposed to gaming from an early age, but has always had to hide behind the shadows of her gamer friends for fear of being judged online, I decided to talk to Esther to learn more about what it’s like being a woman in the world of gaming. Read our conversation with Esther on games, fashion and more below. 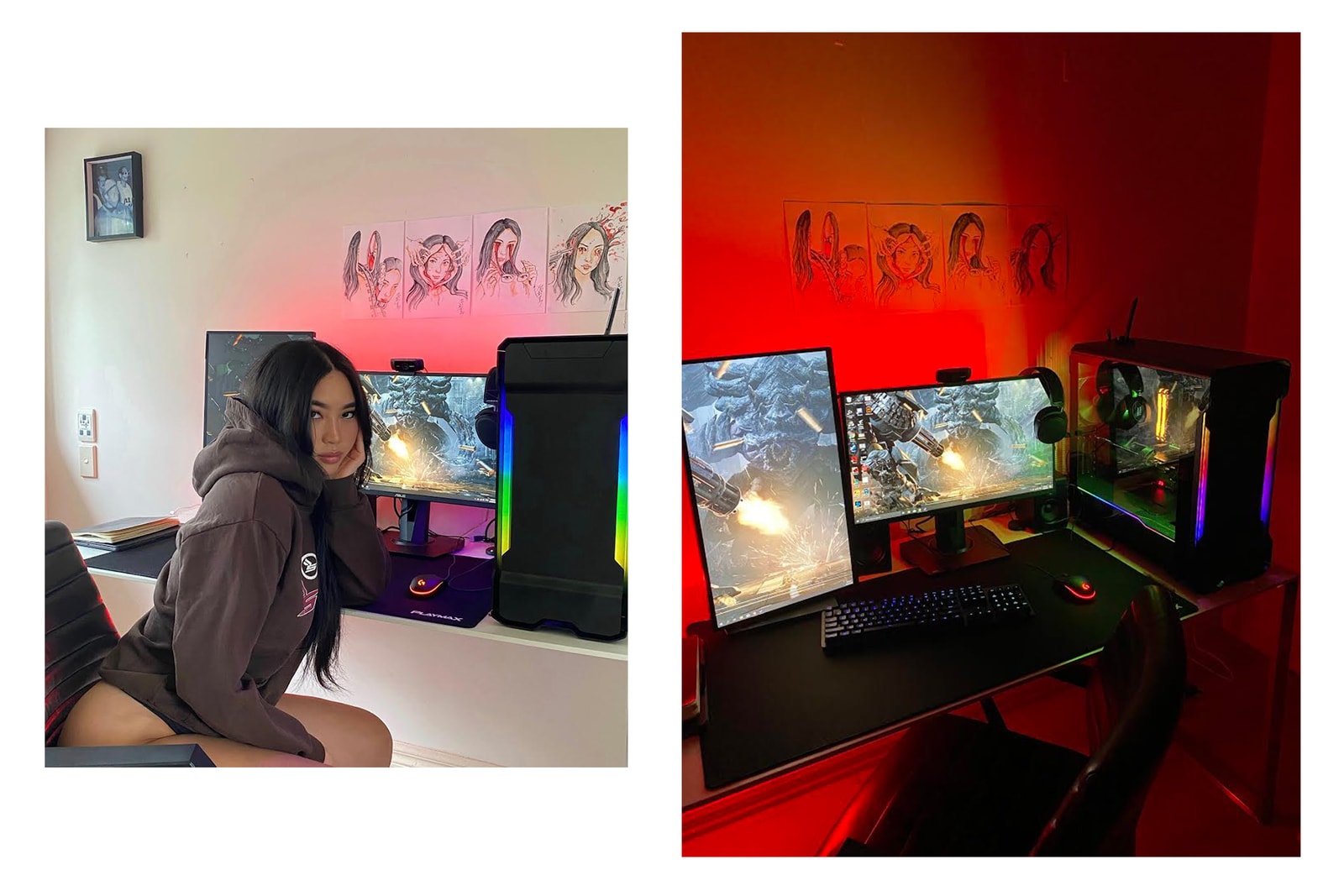 How did you get into gaming? Growing up, I would tag along with my guy friends whenever they wanted to hang out at a net cafe.

I actually don’t think I have a memory of my childhood before video games. We had a PS1 when I was four or five, and a Nintendo 64 before that. I was mainly influenced by my older brother who’s basically my best friend.

Do you remember which games you liked most?

When I was that young, probably Tekken 3. I remember seeing Xiaoyu and wearing nothing but pigtails until I was eight years old. It was also Chinese representation in a cool video game. Plus, she had a panda as a best friend.

That’s cute. What about now? What games have you been playing recently?

Since I’ve started streaming for fun, I’ve been playing a lot more of a variety than I usually would. Counter-Strike: Global Offensive (CSGO), League of Legends, Fortnite and Call of Duty are some of the main ones.

I was into Fortnite for a while. When I did, however, I’d usually be hiding somewhere. Whenever I played with random players in a squad, they would always be surprised to hear a girl’s voice. That made me feel like they were only paying attention to the fact that I’m a girl rather than having fun playing the game together.

Yeah, someone in my chat said there’s no way I’m catching up because of all the 11-year-olds who play 10+ hours a day. I agreed, haha.

I remember seeing a video online where this girl gamer compiled a bunch of comments guys would make while playing Fortnite. Personally, even when I played games like FIFA, I would just give up because I hated getting sexist and misogynistic comments from other players.

I think it’s common for people to get tilted hearing a girl’s voice. I was totally stuck in the male-gamer mindset and used to feel the same way too, but I think girls are getting a lot better especially in new games like Fortnite, where there’s a low barrier to entry. In games like CSGO, I would just turn off my mic so my team wouldn’t get tilted.

I’m also really impressed by the skill level some girls have these days, and the time they are taking to learn about game mechanics.

Do you think there’s been a shift in the male-centric gaming culture over the last few years, though?

For sure. I think guys are understanding that derogatory comments and jokes just aren’t funny anymore. Not that they’re all trying to be progressive, but literally there’s no comedic value in being an a**hole anymore. Also, the ratio of male and female gamers hovers around 50 percent in a lot of popular games.

Yes, I read that somewhere and was really surprised. I have to say though, those derogatory comments are one of the biggest reasons why I couldn’t get into gaming, other than not having the right equipment.

It definitely isn’t a nice place if you aren’t familiar with gaming culture, or if you’re more on the sensitive side. Their humor is typically offensive to an extreme to get reactions out of people. For example, in my first or second stream, I had people in the Twitch chat spamming with a lot of derogatory comments. But, the fact that I could laugh along with them and not pay any mind to them brought them out of that mindset. They’d just interact with the stream semi-respectfully from then on.

It’s a little harder to navigate the scene when you’re a girl, but you have to understand that guys also bully guys. It’s just that they’re more familiar with the treatment and [most] girls aren’t.

True, I guess it takes time for beginners, especially girls, to fully grasp the dynamic.

Yes! It sucks that gaming culture is in this realm of normalizing “bullying,” but there’s also a fine line between policing too much and letting people have fun.

For all the toxic people, there are also really lovely people out there. We’re mainly talking about [some of the] younger players who are toxic. 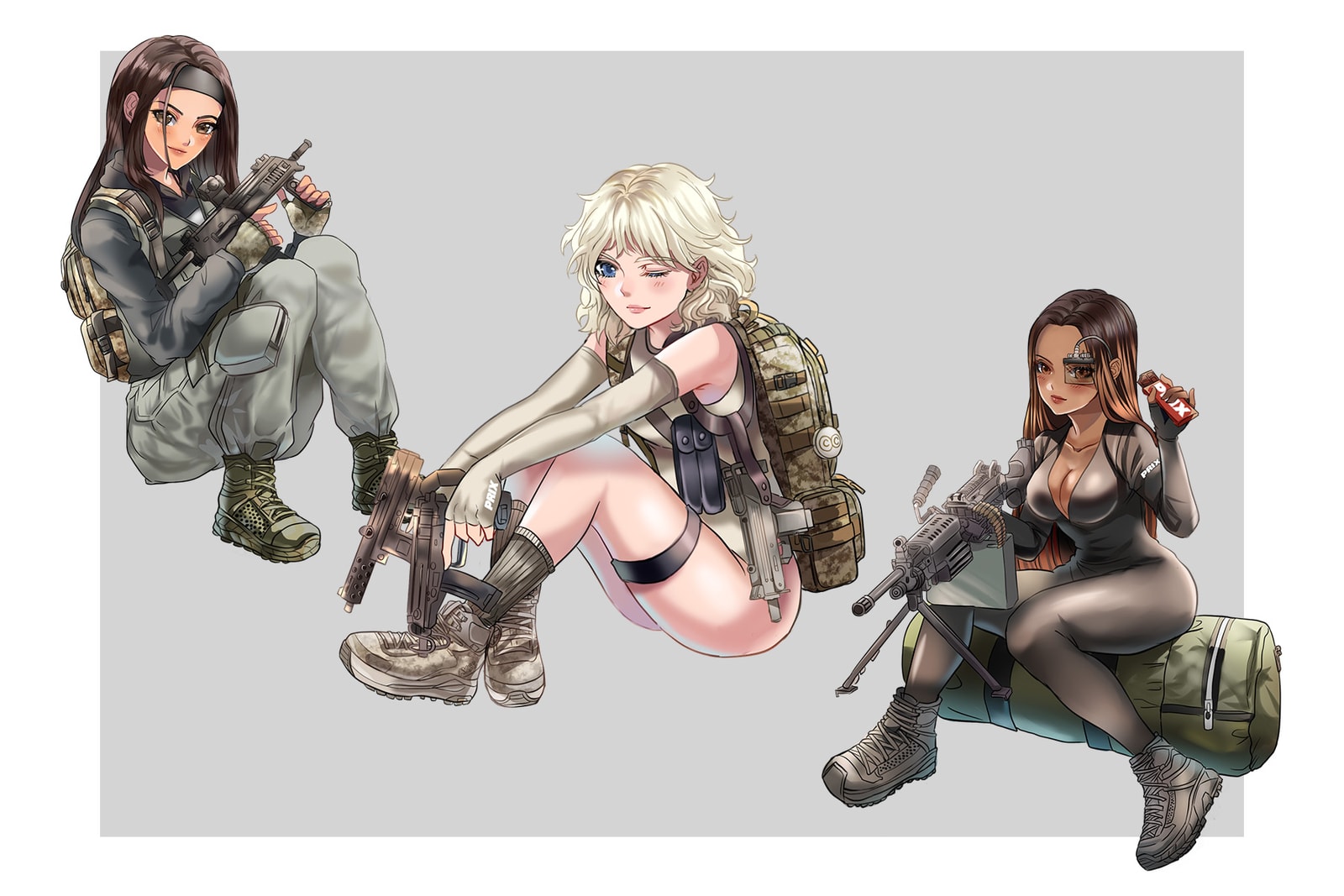 Do you think there’s a way for women to try gaming without feeling intimidated, especially for those who are worried about encountering this kind of culture?

For sure, there are a ton of games with their communities closely monitored. Blizzard is pretty good at it. Overwatch and Diablo are a few other examples. But for more popular titles, it’s hard to control. You just have to brush it off or play with friends.

That’s a great point, most of the games I’ve ever played, I started because I was able to play with a group of friends.

Having a group of friends to play with is ideal. If you don’t have one, you can always meet them in the game. There are a lot of nice people who will always be down to lobby up.

That’s great. I feel like sometimes these discussions only focus on the toxic people and don’t really acknowledge the fact that there are actually nice people out there.

There are lots. So many of my friends have met their SO in games. It’s very cute that people can really connect with each other like this. It’s definitely becoming a lot more common. 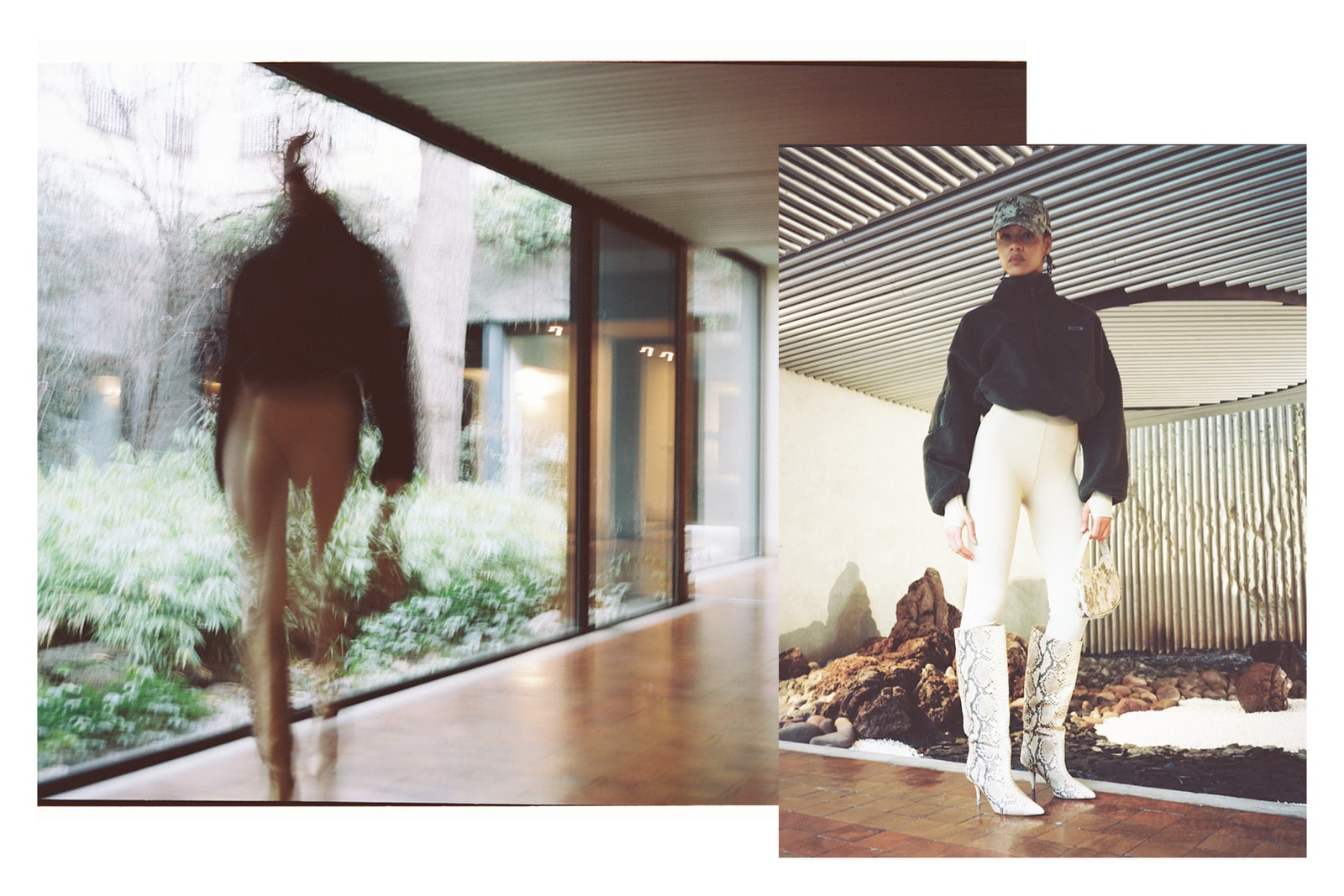 Let’s switch gears a little bit and talk about your label PRIX. As a founder and designer of a growing label, how do you think gaming and fashion come together for you? I can see that you get a lot of inspiration from your interest in gaming.

Fundamentally, PRIX is just a platform where I funnel in all of my interests. Unconsciously, a lot of these influences get leaked into my designs. For instance, our recent collection took inspiration from cars, which is one of my major interests along with gaming.

There’s also a lot to say about how women are represented in video games. They’re hyper-confident, strong and always geared up. That was kind of my idea of who the PRIX girl is.

I can definitely see that in your designs.

For all the comments about the gaming industry being misogynistic, there’s also a lot of merit in female character design. I don’t see that talked about very often. We usually like to talk about what they do wrong and not enough about what they do right.

For sure, I love that you’ve been able to translate that aspect into your clothing.

Definitely, and it only really works if you play games yourself. My inspiration is definitely 100 percent introspective.

What do you think of the synergy between fashion and gaming? Do you think there are crossover possibilities between these two industries in the future?

I think fashion and gaming haven’t quite fully found their place together yet, but there is definitely a huge overlap, especially with really well-known streamers and YouTubers who have bought into the hype culture. It’ll be interesting to see it evolve. 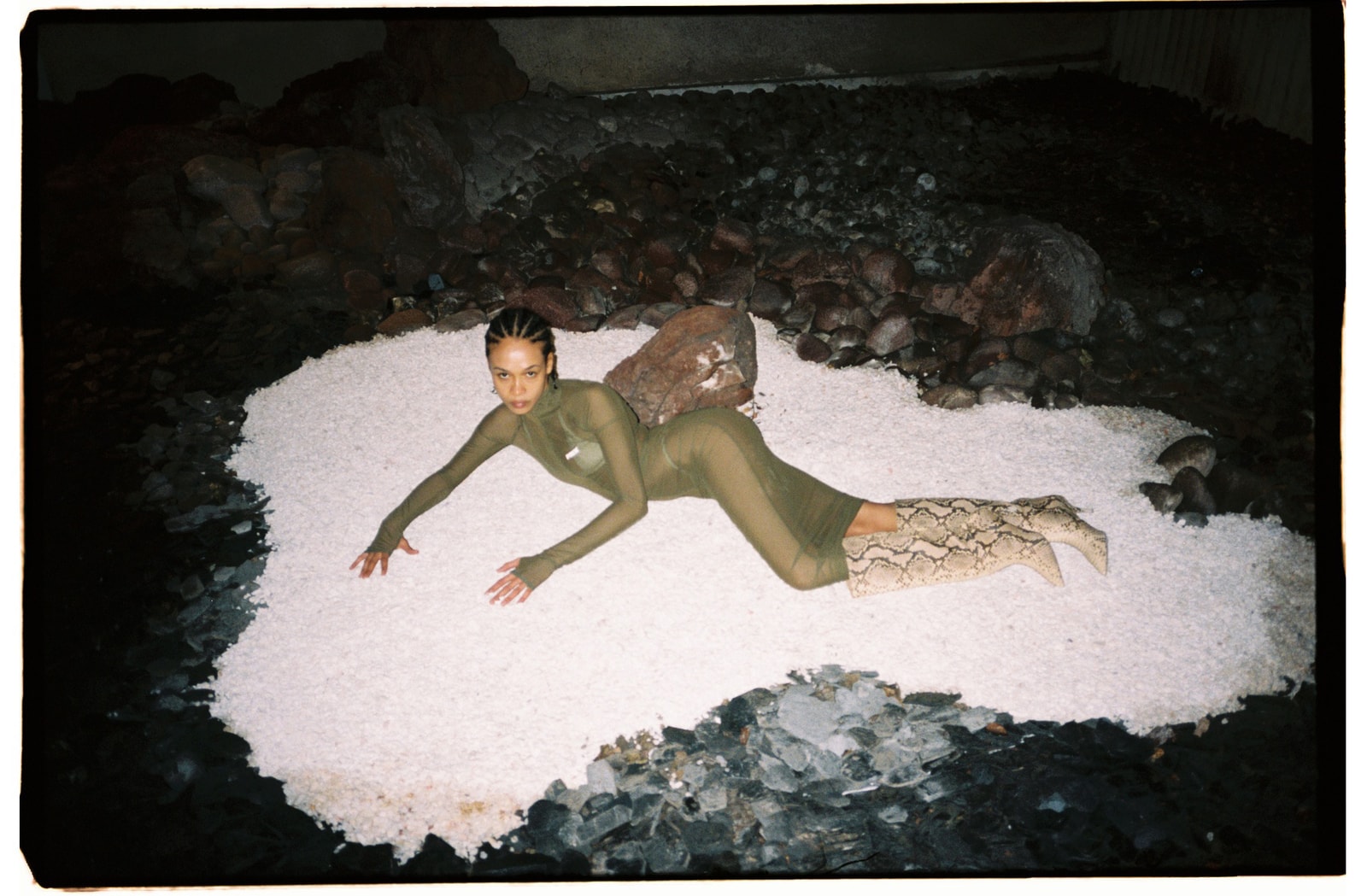 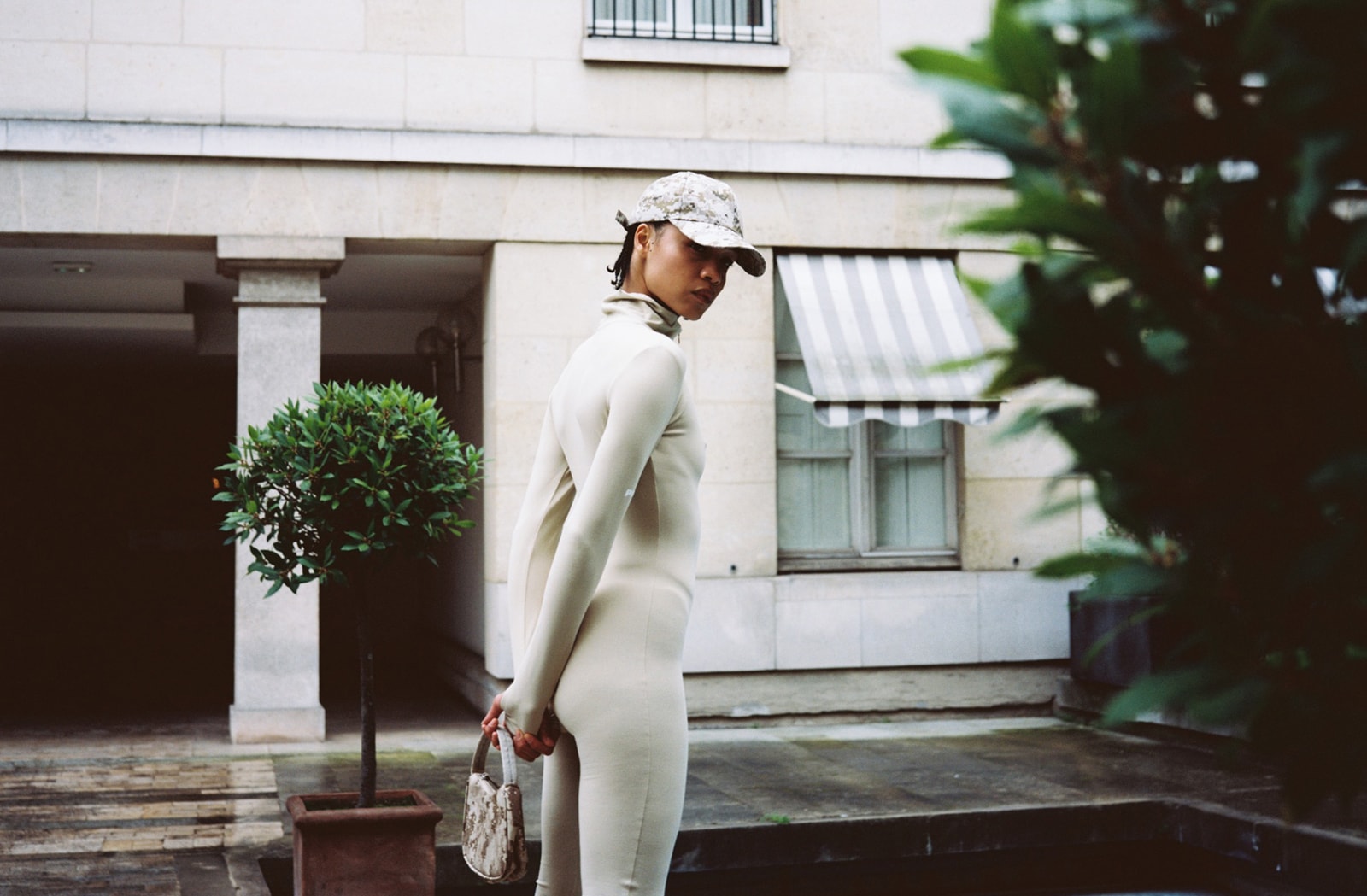 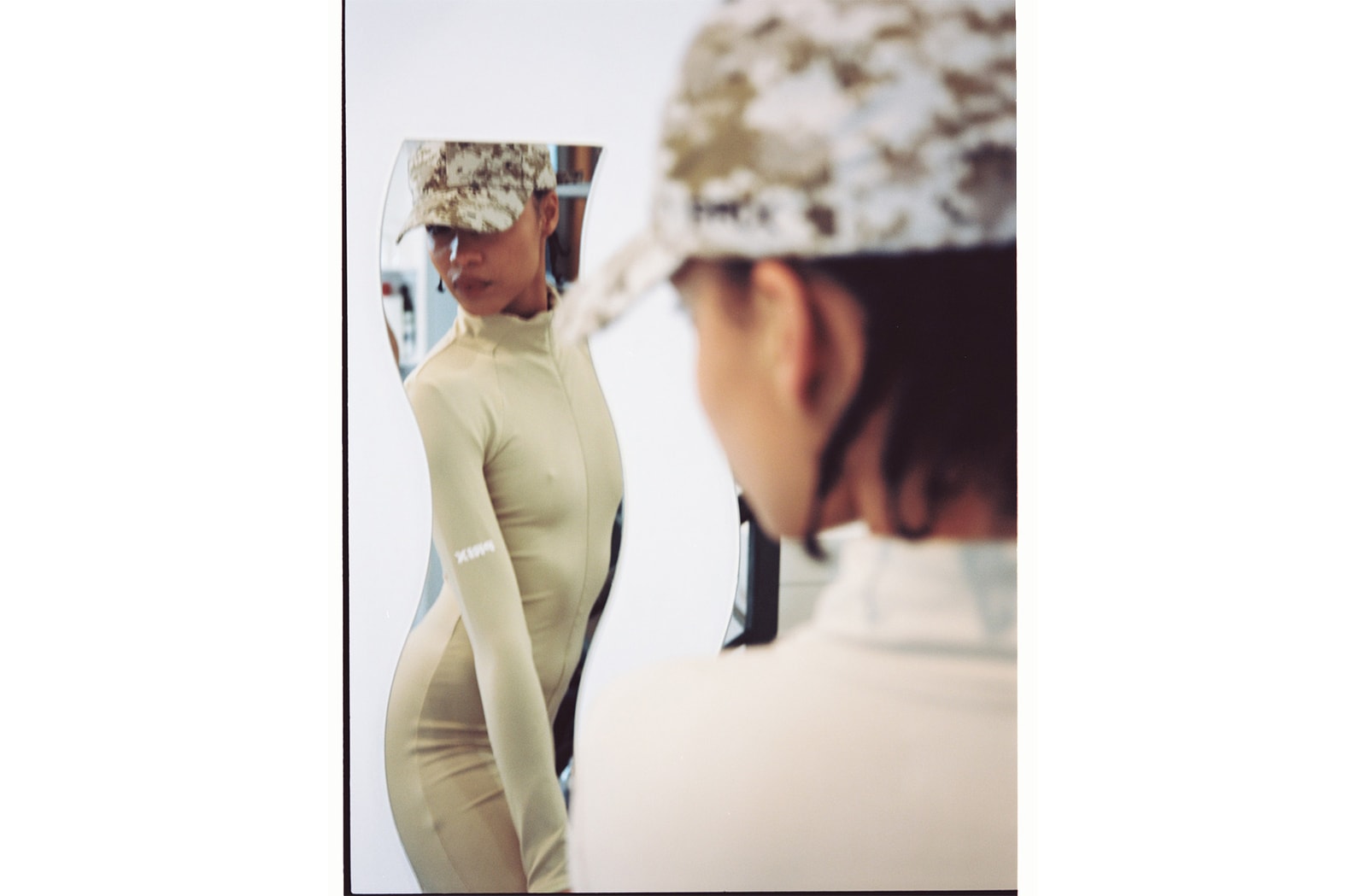 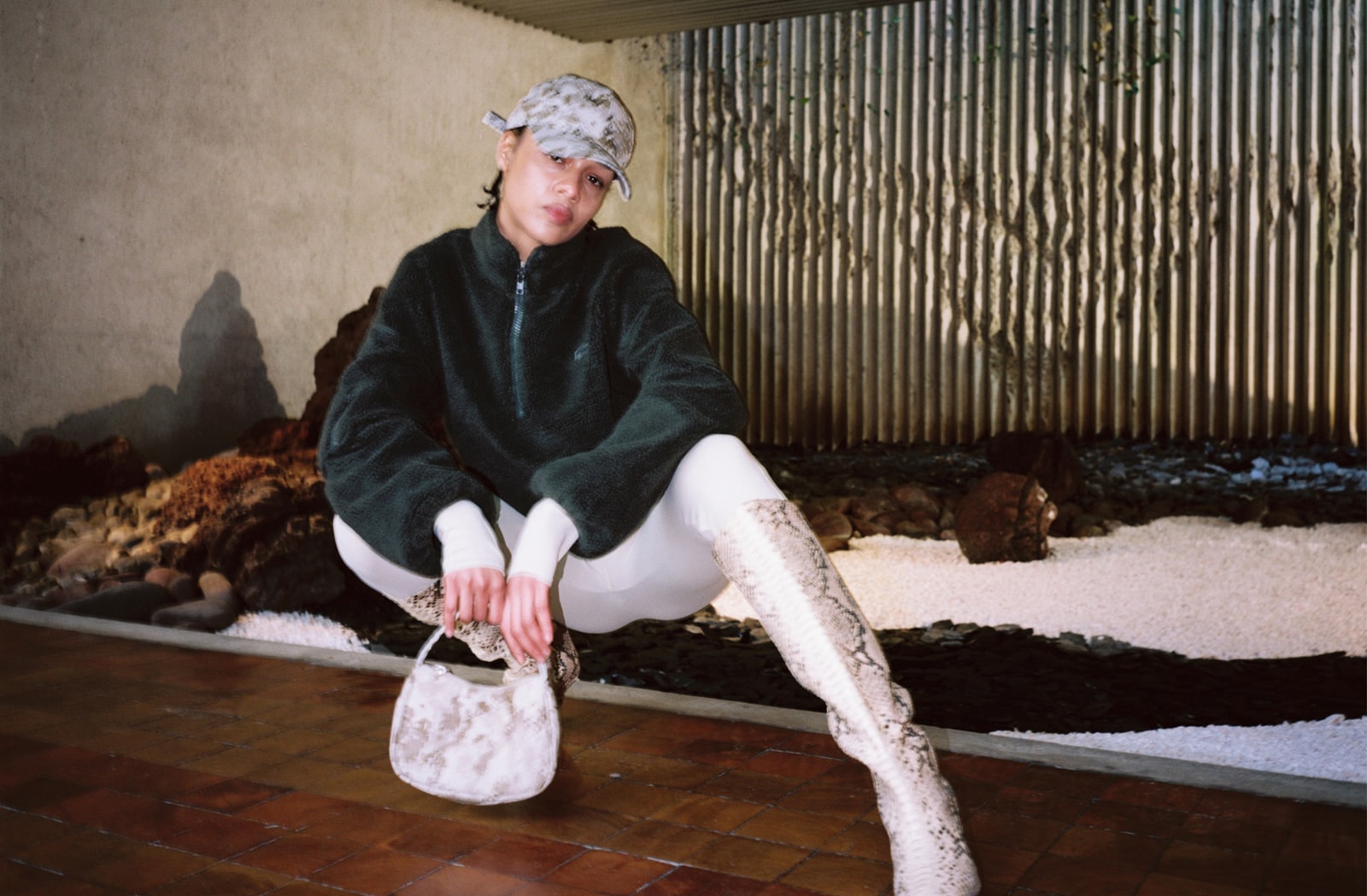 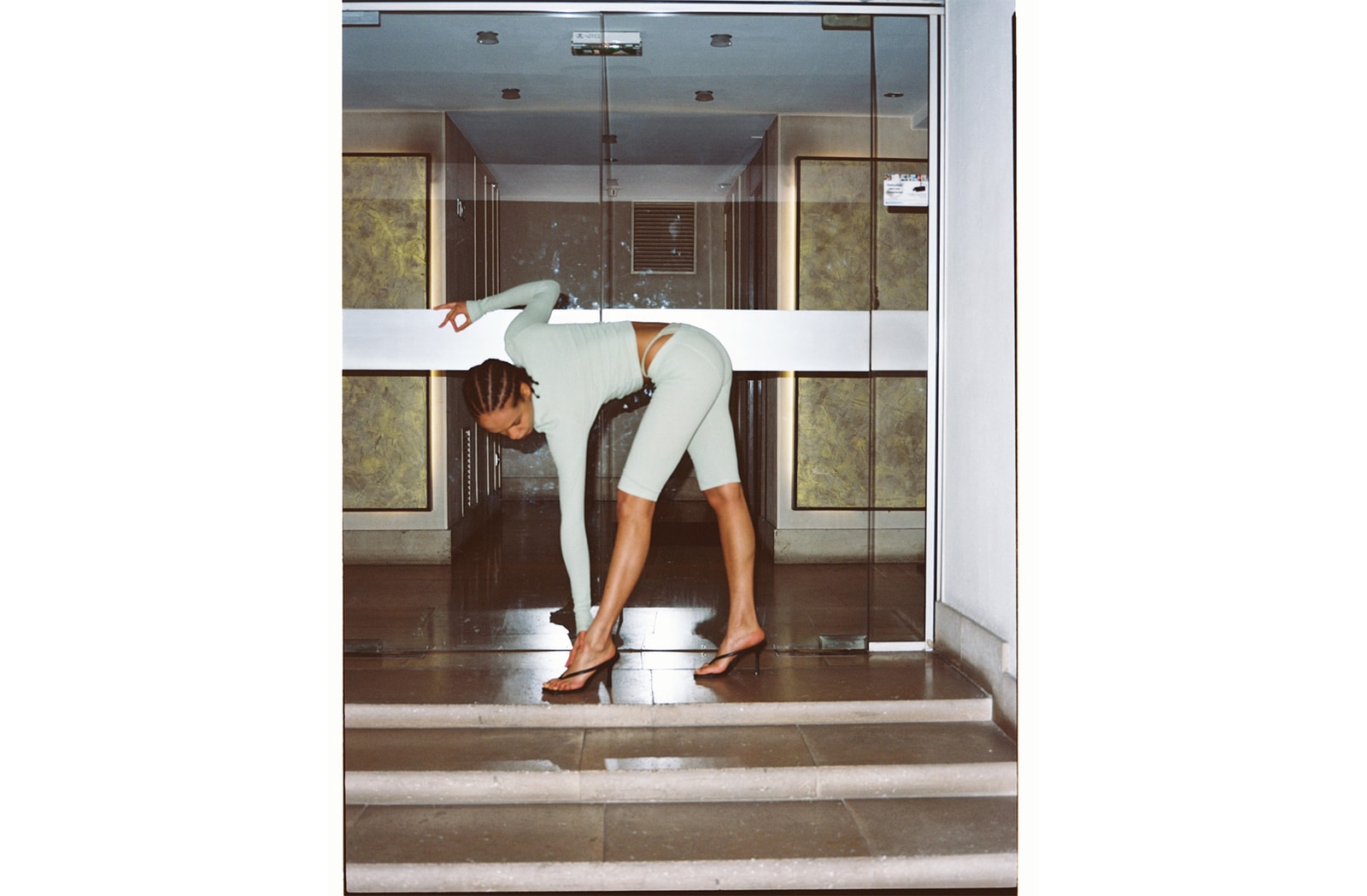 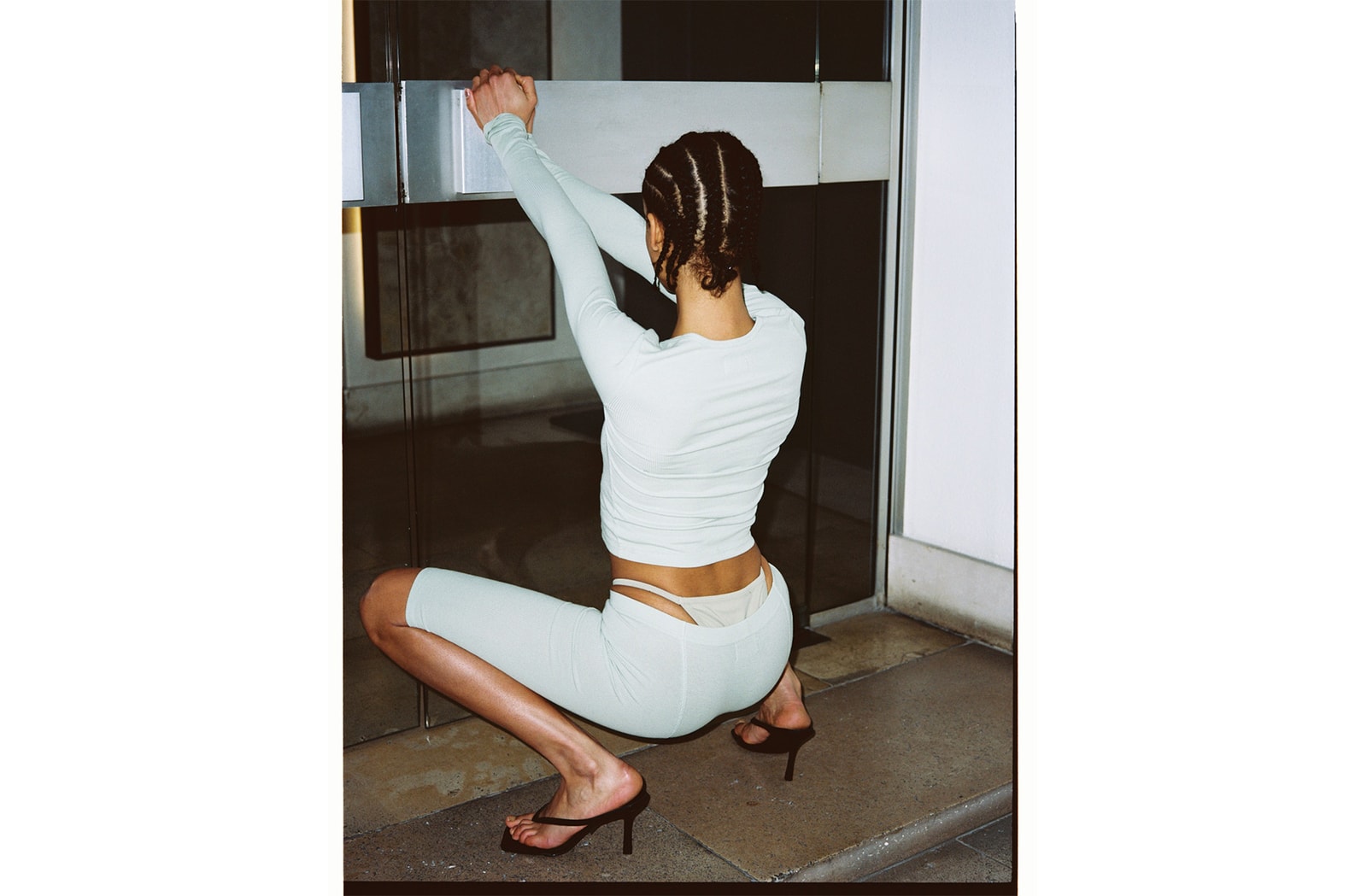