Ancuta Sarca is proving sustainable design can be cool.

Ancuta Sarca is proving sustainable design can be cool.

The current rise of DIY culture is undeniable – from the easy to replicate at home tie-dye trend to creators like Ava Nirui and Nicole McLaughlin putting an unconventional spin on everyday objects, resourcefulness and originality seems to be at an all time high. Whether it’s down to the fact that we’re incredibly aware of overconsumption in the fashion industry and its impact on our environment, or just that we’re completely bored of the fast fashion mentality and seeing the exact same products everywhere, it’s fair to say creativity has become the the most in-demand currency.

It’s a combination of both that have led Romanian-born, London-based designer Ancuta Sarca to produce the most Instagrammable shoes of the year so far. Driven by her passion to upcycle old items into something innovative, new and importantly, usable, Sarca combines the uppers of worn in Nikes with old kitten heels to create hybrid footwear that looks a lot chicer than it may sound.

We caught up with the unorthodox designer to talk more about her creative process and designing with sustainability in mind – read on for more.

You’ve worked under both Ashish and Meadham Kirchhoff, both of which are fairly offbeat British brands. Has your experience there shaped any of your design sensibilities or approach?

I worked for Meadham Kirchhoff when I was still studying so it was probably the most impactful work experience I had as it was also my first job in the industry and I had so much to learn then. After my graduation, I started working for Ashish as a designer – I still sometimes freelance for them a couple of months a year – so it was very stimulating from a creative point of view. I’m sure both experiences helped me grow and develop my skills and my vision, which I am so grateful for.

You started producing these hybrid shoes as a way to reuse broken or old shoes. Why is sustainability such a core part of your work?

I recently read in an article that it is estimated that there is over £30 billion GBP of clothing sitting in wardrobes across the UK that hasn’t been worn for over 12 months, which is shocking when you first see the numbers. But then thinking about it, I’m sure most of us can relate to the fact that we have too many clothes we don’t use anymore. As a fashion designer, this made me question myself and how can I contribute to changing this. Of course, it’s a long process and things can’t be changed quickly but the sooner we start being aware of it, the better it is.

Not too long ago, I was going through a difficult time in my life and I felt like I had to somehow restart myself. I was questioning myself a lot, what kind of designer do I want to be and how do I want to contribute to this industry? In our era, when unfortunately fashion is one of the most polluting industries, I think one of the most conscious things I could do as a designer is using what is already out there, not by producing more and more. But of course, that is extremely difficult in terms of production, so my project is just a little step towards a more sustainable future.

This project started with that idea in mind after I was moving house and I was packing my stuff, realizing I have way too many shoes that were either broken or too old to be worn again so I decided not to discard them, but give them a second life and also make something fun that I would like to wear.

Did you have experience before this in constructing footwear, and if not, how was the process of trying to produce a wearable pair of shoes?

I studied BA and MA in fashion womenswear and menswear, so I kind of taught myself how to make shoes when I graduated and I made the shoes for my final collection. I spent a few months deconstructing and reconstructing different kinds of shoes to understand better how they’re made. I am also a really hands-on person so I like to make and create 3D things.

A kitten heel with an elongated pointed toe has become your signature silhouette – how did you land on that shape?

I used to wear kitten heels quite a lot in the past and I still do it now, so it’s part of my personal style as well. To me, they represent maybe the most feminine shoes ever: feminine not in the soft or fragile way but in the strong way. Also the elongated pointy toe makes them look a bit aggressive, I think. I remember after I posted the first picture of the red shoes on social media, a friend told me these shoes scare him. I thought it was hilarious but actually, looking a bit deeper into it, it can give you a strong and powerful feeling when you wear them.

Nike seems to be the sportswear brand of choice in your work; why is that?

Most of the old trainers I had were Nike, so they were the ones I started deconstructing first. Secondly, I wanted to continue with the same brand as I, personally, always loved Nike’s aesthetics but at the same time I always associated it with menswear or masculine shoes for some reason. The idea behind this was to reuse my old shoes and also feminize the trainers by pushing the boundaries of what they can become.

Across social media it seems like we’re seeing a real renaissance of DIY culture – people putting their own spin on things and also reworking old garments or objects. Why do you think society seems to be shifting towards this ideal?

I think one of the reasons it might be is because people are bored of everything that’s out there so if they do it themselves, at least it has a meaning. We have so many options nowadays and things are so easy to get, that it doesn’t mean a lot to us and sometimes doesn’t trigger any excitement. 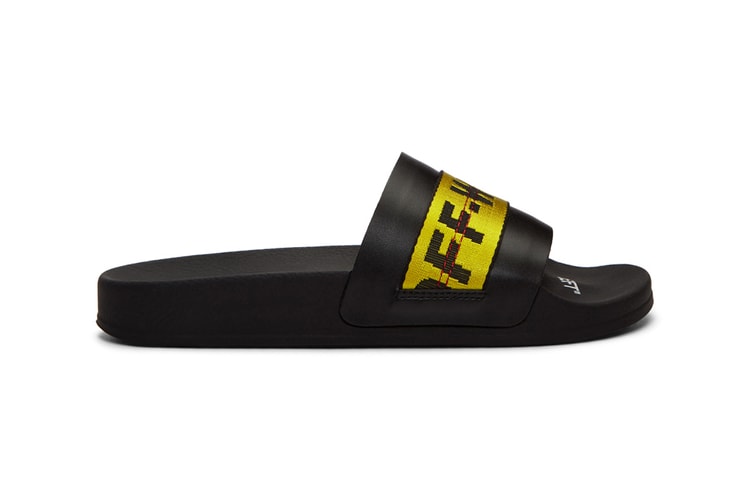 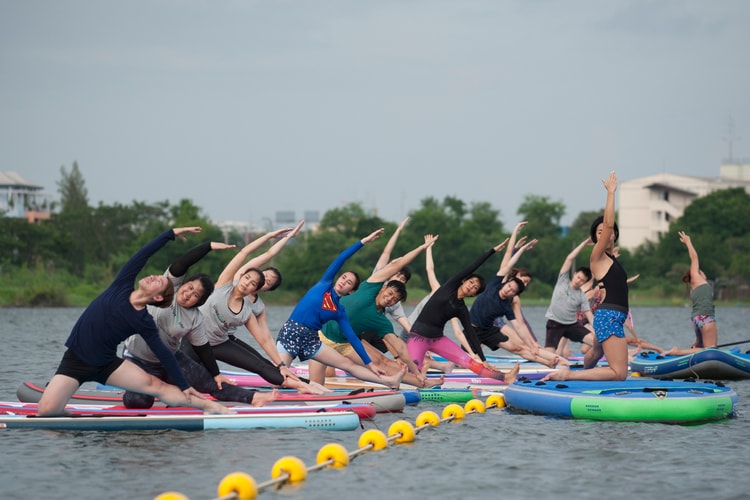 These Are the Craziest Workouts to Try in London 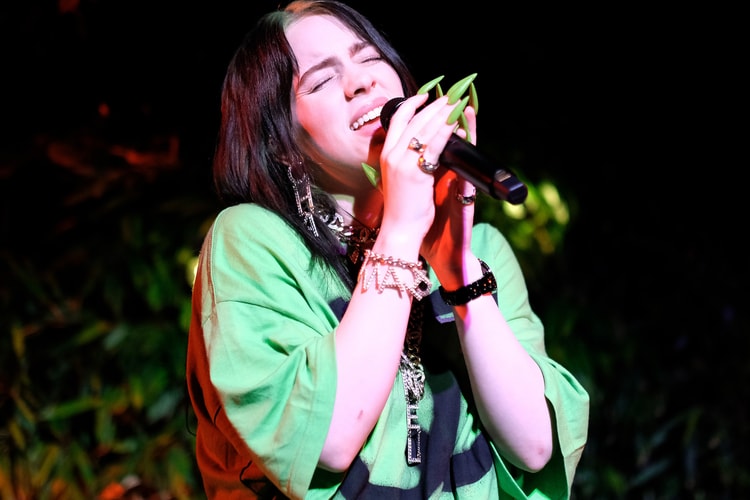 Here Are the Best Celebrity Nail Looks This Month 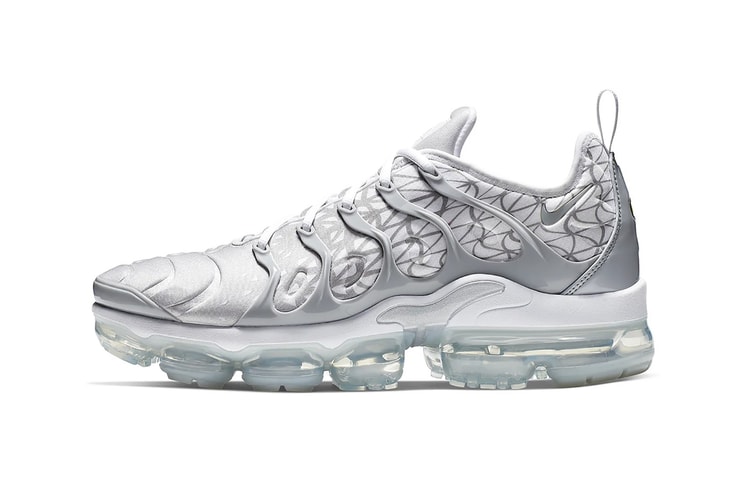 Cop Nike's Air VaporMax Plus In These Three New Colorways

Here Are The 5 Best Swimwear Trends of 2019, According to Your Favorite Celebrities

From Kendall Jenner and BLACKPINK’s Rosé, to Winnie Harlow and Kourtney Kardashian.
By YeEun KimJul 23, 2019 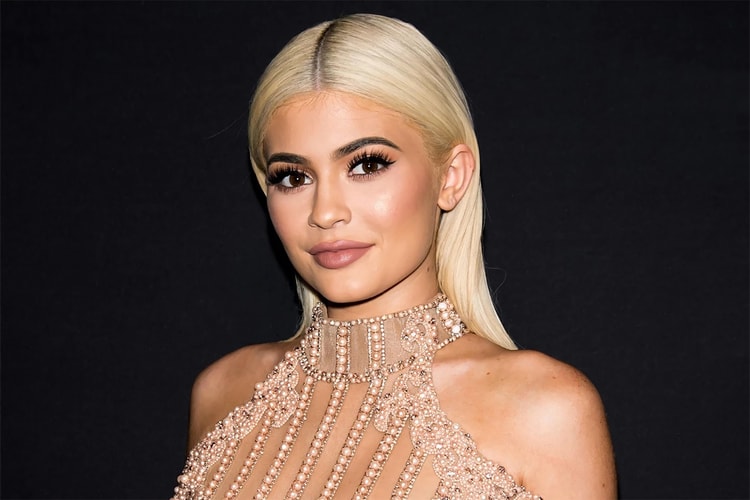 Did Kylie Jenner File a New Trademark for an Upcoming Nail and Perfume Collection?

Guess what could potentially be in the range.
By Pauline De LeonJul 23, 2019
More ▾