Blush sales are on rise, and COVID might have something to do with it.

Blush sales are on rise, and COVID might have something to do with it.

Mark Twain once wrote, “Man is the only animal that blushes — or needs to,” characterizing the bodily function as evidence of our own self-awareness, a natural reaction to embarrassment and shame. Charles Darwin agreed, describing the act of blushing as the “most human of all expressions.” To both of these towering intellectuals, to blush is to live – a flushed face is a sign of vigor, of emotion, of the very blood that runs through our veins.

Humans have attempted to mimic blushing — the peculiar bodily function that causes blood to rush to the face, resulting in reddened cheeks — for thousands of years. Blush, the beauty product, was most likely invented by ancient Egyptians, who mixed fat and red ochre pigment to achieve a rosy look. A Bronze Age fresco painting found in Santorini depicts women with red cheeks, evidence that Greeks ruddied their faces with a paste made of crushed berries. In China, blush was favored as early as the Shang Dynasty and maintained popularity through the Tang Dynasty, when imperial concubine Yang Guifei — one of China’s Four Great Beauties — regularly wore heavy blush at court.

Rouge containers from the ’20s and ’30s; courtesy of Makeup Museum

But why, exactly, do we gravitate towards pink cheeks? Hillary Belzer, makeup historian and curator of the Makeup Museum, explains that blush — both the product and the involuntary reaction — expresses two long-standing signifiers of beauty: youth and health. “Cheek color signifies vitality,” Belzer states. “While I don’t think any live person not wearing blush would be mistaken for a corpse, blush heightens one’s natural color, further emphasizing a healthy flow of oxygenated blood — a literal life force — to the face,” she elucidates. Just as other desirable traits such as clear skin and shiny hair are markers of good health and therefore beauty, a subtle flush is associated with physical fitness, nutrition and rest. “Cheek color is also associated with youth, which has been a pillar of beauty standards for millennia and one that persists today,” Belzer adds. (For more on the links between health, youth and beauty, the expert recommends reading Survival of the Prettiest: The Science of Beauty.)

An advertisement from 1940; courtesy of Makeup Museum

In addition to signaling vitality, blush also bears historical links to social class. For Romans and Greeks, berry-tinted rouge heightened the whitening effect of lead face powder used to achieve pale skin, a status symbol that suggested one didn’t have to work outside in the sun. Eventually, blush fell out of favor as noticeable makeup, including rouge, became associated with prostitutes. Like most trends, blush would later resurge in popularity, emerging again as a widely-embraced product at the turn of the 20th century (it was particularly in demand during the ’20s and ’80s).

While beauty lovers might hesitate to sexualize the makeup they use on a daily basis, the erotic undertones of blush extend far beyond the product’s link to prostitution. The act of blushing is one borne out of our own self-consciousness, an awareness that, in European history, is first documented in the bible’s Book of Genesis (you know, when Adam and Eve realize they’re naked and start wearing fig leaves). Standing in stark contrast to the correlation between shame and blushing, the act — and makeup product — also mirrors the flushed look we often get after sex. (It’s no coincidence that one of history’s most popular blushes is François Nars’ Orgasm.) This dichotomy between embarrassment and sexual expression is one that Belzer says is yet another manifestation of the virgin-whore complex. “Looking flushed could point to embarrassment at the notion of intimate relations, signaling a dainty, demure and virtuous woman, or it could be overtly sexual. Either way, blush’s sexual connotations helped solidify its status as an essential cosmetic,” she argues.

According to a recent report by The New York Times, blush sales are surging. Brands such as Hermès Beauty and Pat McGrath Labs are cashing in on the hype, introducing blush to their product lineup. Most recently, the latter launched the “Divine Blush” collection, a range of nine powder compacts that span the spectrum of color from subtly peachy to electrifyingly fuchsia. McGrath herself notes that blush was “the MOST requested category that PMG fans have been asking us for years,” adding that she has always loved the product for its versatility and freshness.

According to Rachel Weingarten, former celebrity makeup artist and author of Hello Gorgeous! Beauty Products in America, ’40s-’60s, the coronavirus pandemic could be contributing to the recent spike in blush sales. “After over a year trapped indoors, many of us looked wan or washed-out,” she explains. “Blush helps us feel like we look better and of course, healthier.”

Echoing Weingarten’s statements on quarantine’s dulling effect, Belzer also believes the pandemic has something to do with our interest in the product. “Cheek color represents vigor and liveliness…On a spiritual level, the application of blush may help us awaken from the trauma and upheaval unleashed by the pandemic,” she posits, arguing that applying rouge functions as “a way to feel more vibrant and a reminder that our health is relatively intact.” In addition, the pandemic has caused us to pivot from elaborate makeup looks, such as time-consuming contouring and seamlessly blended eyeshadow, to fast and effortless fixes for Zoom meetings and FaceTime parties. Blush is unique in its rather foolproof application — with one swipe, wearers instantly look refreshed.

Today, the way we wear blush is markedly different than the looks flaunted by ancient Chinese concubines and 1920s flappers. On TikTok, influencers such as Bella Poarch have popularized a sunburnt effect achieved by applying blush under the eyes and onto the bridge of the nose. Similarly trendy on social media is a makeup technique akin to draping, in which the rosy powder is swept atop the cheekbone and extended up towards the temples.

McGrath shares her own tips for applying blush. For a classic yet contemporary look, the legendary makeup artist suggests applying rouge to the apples of the cheeks and blending it upwards towards the ear. “Then brush what is left on the [makeup brush] across the top of the forehead, center of nose and chin.” For a finishing touch, swiping blush up the sides of the temples gives the face an instant lift.

Looking ahead, Belzer muses on what the future might hold for our hero makeup product. “Whether or not low-maintenance makeup sticks around as quarantine life fades away is anybody’s guess,” she begins. “In some instances, people will be piling on the makeup as a way to celebrate the end of the pandemic. Now that our faces aren’t obscured we can wear as much as we like without a mask rubbing it off,” she says, acknowledging the fact that, for vaccinated Americans, face masks are becoming a thing of the past. “If the usual amount of cheek color signifies physical well-being, in the age of COVID-19, perhaps excessive application will reinforce the notion of health. The super flushed look may end up as an exuberant symbol of survival.” In that case — here’s to life, health and blush. 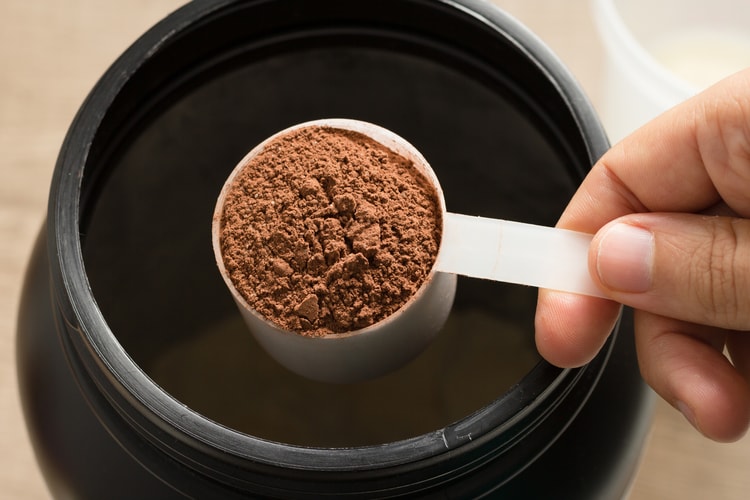 Please, Do Not Try Dry Scooping

A 20-year-old suffered a heart attack after partaking in the TikTok trend.
By HB TeamJun 3, 2021 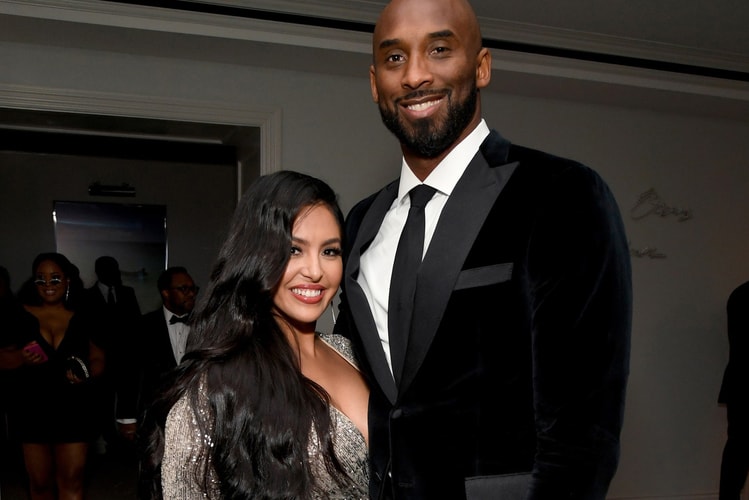 The shoe was a tribute to Bryant’s late daughter, Gianna.
By HB TeamJun 3, 2021 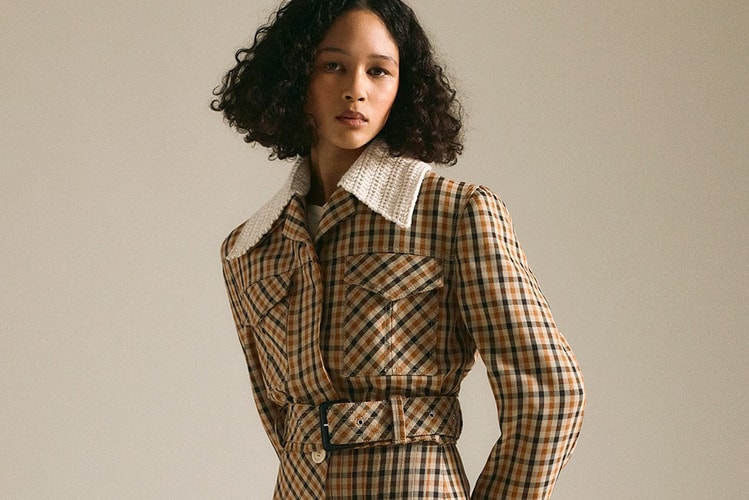 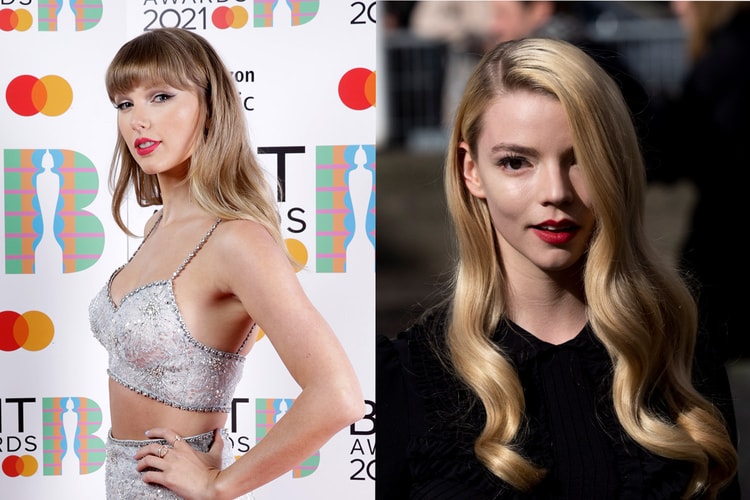 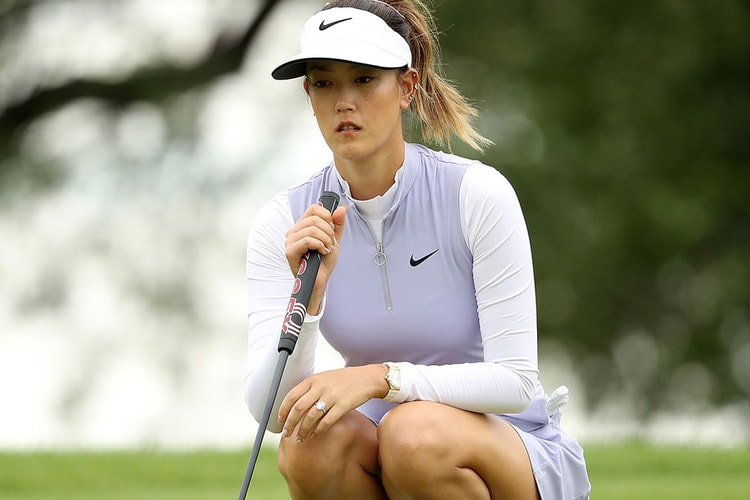 Rudy Giuliani’s crude comments about the golfer spurred her comeback.
By HB TeamJun 3, 2021 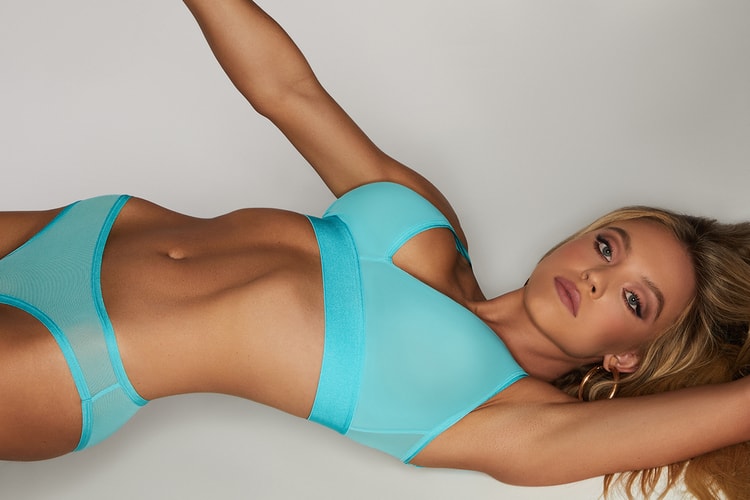