Rounding up the year in style.

The longest year of all time is coming to an end, and we’re rounding up some of our favorite fashion moments of 2020. There’s no doubt that the fashion industry underwent immense challenges throughout the year, and the industry is continuing to adapt and evolve as a result of the COVID-19 pandemic as well as the push for more diversity and inclusion within fashion.

We’ve rounded up some of this year’s signature fashion items, campaigns, brands and up-and-coming designers that we’ve been excited about throughout 2020. Peep our roundup below, and for more 2020 roundups, don’t miss our music picks here.

Jacquemus has become synonymous with great accessories, and for its Fall/Winter 2020 collection, the label tapped Massimiliano Bomba to capture the bags from the range in a fun video campaign. The fun bags travel back to a retro 1997, where the bags come with matching cocktails and old school office equipment. A timely bottle of hand sanitizer also makes a cameo, and the fun campaign captures Simon Porte Jacquemus‘ eye for detail as well as a fun approach.

Pyer Moss dropped a behind-the-scenes video from its collection, capturing the models as well as the clothes up close. Kerby Jean-Raymond had a huge year, not only for his own label Pyer Moss, but also being appointed as Global Creative Director at sportswear giant Reebok. The designer’s unique approach to creating fashion and telling a story has made him one of the biggest names to watch, and the Collection 3 campaign shows his talent in a new way.

When Balenciaga revealed its billboard in Paris featuring none other than Cardi B, we knew it was about to become one of the most memorable campaigns of the year. The rapper mentioned the luxury label in her song “I Like It,” and the rest is history. The billboard marks Cardi B’s first luxury fashion campaign, and its placement by the Louvre in Paris made news worldwide.

BLACKPINK has become one of the biggest names in music, and eyewear label Gentle Monster tapped one of the group’s members for the fun campaign dubbed “Jentle Home.” Starring Jennie, the campaign is a play on the quarantine and stay-at-home rules we’ve followed since the COVID-19 pandemic began, and features the star doing all things we do at home – whilst wearing great sunglasses, of course.

In a world of virtual fashion shows, Gucci tapped talent like Billie Eilish and Harry Styles to create its fun “Gucci Fest” video series which also highlighted new talent within the fashion industry. The mini-series revealed Gucci’s collection, alongside creating viral content alongside the 15 independent young designers, ranging from Collina Strada and Rui Zhou, to Ahluwalia and Gareth Wrighton, that were featured in the campaign.

Marine Serre only launched her eponymous label in 2017, but has already become one of the most exciting names in fashion. Her signature crescent moon print has been worn by everyone from Beyoncé to BLACKPINK, and she’s only continuing to grow. Having collaborated with brands like Nike, and most recently ASAP Rocky’s AWGE, Marine Serre is the must-have label of the moment. If there’s one thing we will take with us into 2021 it is all-over print, preferably crescent moons.

Although Prada has been at the top for a long time, the label has seen an unexpected resurgence over the past two years, leading to Raf Simons‘ appointment at the house earlier this year. Alongside Miuccia Prada herself, the designer showed his first collection which featured exciting pieces like kitten heels and logo-pieces, playing with signature codes like nylon and Prada’s recognizable triangle logo plaque. The label’s ’90s bags are also one of the most sought after

Telfar Clemens and his eponymous label Telfar has become one of 2020’s must-have brands. The signature “T” tote bag has been crowned the “Bushwick Birkin,” and sells out within just a few minutes every time there’s a restock, and the label also revealed an upcoming collaboration with Ugg. Clemens is one of the biggest names to watch, and there’s no doubt that 2020 was his year.

Haitian-American designer Kerby Jean-Raymond helms up Pyer Moss, and this year the brand saw collaborations with Reebok and more. As previously mentioned, Jean-Raymond was also named Reebok’s Global Creative Director earlier this year, and is continuing to develop his own label alongside the new project. The designer has also been vocal about the lack of diversity within the fashion community, and continues to push boundaries and open doors for other Black creatives. We’re looking forward to seeing Pyer Moss’ growth in 2021.

Led by creative duo Yoon and Verbal, AMBUSH continues to cement itself as one of the most exciting labels merging streetwear with high-fashion. This year, we saw footwear collaborations with both Converse and Nike, as well as a basketball collection with LA Lakers. Additionally, AMBUSH also debuted a sleek and minimal aesthetic for its Spring/Summer 2020 lookbook, proving that it continues to innovate and grow as one of the year’s most fun brands to watch.

British-Nigerian designer Mowalola Ogunlesi has become a buzzy brand following her Spring/Summer 2020 collection, which debuted at the Fashion East show at London Fashion Week in June 2019. Earlier this year, she was also named as the head of Kanye West’s YEEZY Gap team, and her signature vibrant leather looks are selling out. The buzzy designer is undoubtedly a big name to watch, and we’re excited to see what she will create for the YEEZY Gap collection.

26-year-old Dimitra has been making a name for herself following her graduation from London’s Central Saint Martins‘ MA fashion course in 2018. Her name was put into the spotlight when her work was reportedly plagiarized for Maison Margiela’s Fall/Winter 2020 Couture collection, and has since become known for her signature “wet look” style. This year, Kim, Khloe and Kourtney Kardashian also wore Di Petsa for their KKW Fragrance campaign.

Minju Kim became known after she won the first season of Netflix‘s Next In Fashion competition. The South Korean fashion designer has gained a massive social media following since, and has become known for her bold prints and exquisite tailoring and shape. Prior to her big win, she also was nominated for the 2013 H&M Design Award and was shortlisted for the LVMH Prize for Young Fashion Designers in 2014. She’s been waiting to blow up, and there’s no doubt that we will be seeing more of Minju Kim in 2021.

South African designer Thebe Magugu won the 2019 LVMH Prize, and was chosen by names like Maria Grazia Churi, Marc Jacobs and more. The Johannesburg-based designer works within womenswear and accessories, and continues to draw from his heritage when creating his collections and campaigns, incorporating African motifs and silhouettes into everyday fashion.

No one has missed the name Christopher John Rogers this year, especially after the designer dressed Beyoncé for her December 2020 British Vogue cover. Not only has he dressed some of the biggest names including Rihanna, Lady Gaga and Zendaya, but he’s also created a name for himself through his extravagant gowns and collections, combining traditional silhouettes with bold colors and textures. Christopher John Rogers is undoubtedly going to become one of the biggest names within fashion, and we will see more of his collections in 2021.

Once again Telfar makes the list, this time with his must-have tote bag which has been the hottest accessory this year. Crowned the “Bushwick Berkin,” the bag has become a success all over the world, bringing affordable luxury into our lives in multiple colors and sizes. If you’ve managed to get your hands on one, you’re lucky, because the bags sell out every single time there’s a restock and they’re only going to get more popular in 2021.

Worn by celebrities like Dua Lipa and Harry Styles, Magda Archer and Marc Jacobs’ knits became the perfect piece to add to your rotation at the beginning of this year. The colorful shirts were the perfect mood for 2020, with slogans like “Stay Away From Toxic People” and “My Life Is Shit,” sporting Archer’s signature artwork on them.

2020 was all about our Prada obsession, and the label’s Nylon Bowling Shirt became the must-have piece for both menswear and womenswear. Ideal for a casual look, as well as dressed up, the simple shirt feature’s Prada’s signature triangle plaque and was the first thing on our wish lists this year.

Worn by celebrities like Hailey Bieber and Katie Holmes, Khaite’s knitted bra and matching cardigan became the ultimate COVID-19 luxury loungewear grail. Available in a handful of colors, the piece set the trend that was later replicated by multiple retailers, setting the tone for the knitwear obsession we’ve felt in 2020.

Gucci’s iconic Jackie bag was brought out from the luxury house’s archive, and was quickly seen on the arm of fashion’s elite. The classic shape and style is timeless yet fun, and the simple clasp at front adds a small bit of luxury that is ideal for everyday wear. Debuted in the label’s Fall/Winter 2020 collection, we’re guaranteed to see more iterations of the signature bag in Gucci’s upcoming collections. 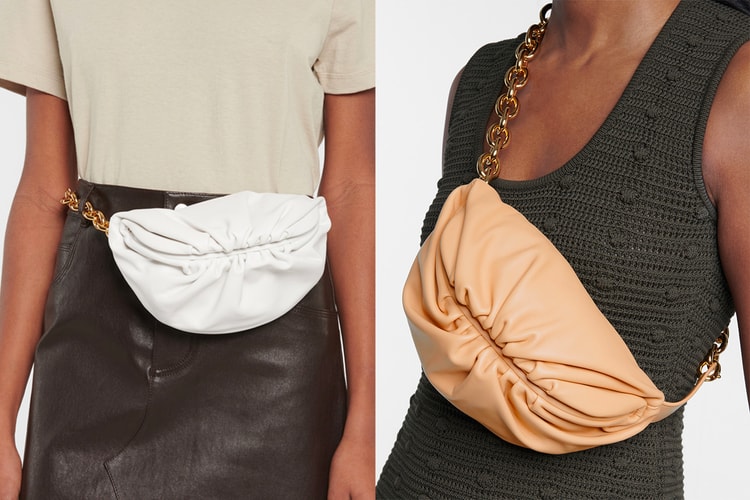 Bottega Veneta's The Chain Pouch Is Now a Belt Bag

A new way to wear the minimalist-favorite design.
By Teresa LamDec 24, 2020 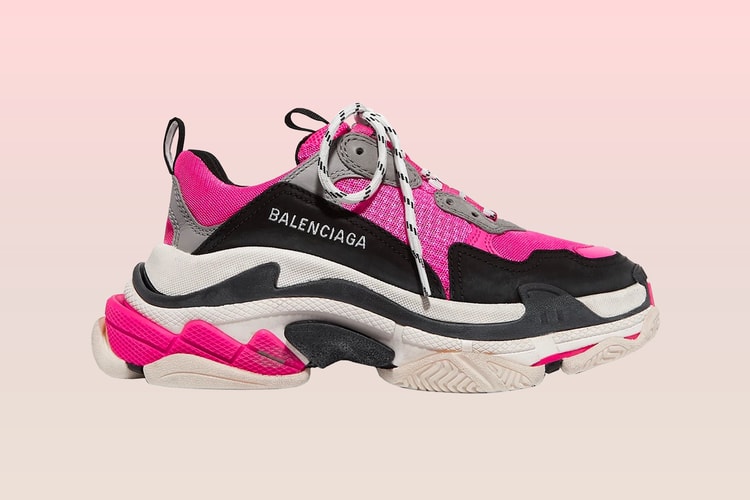 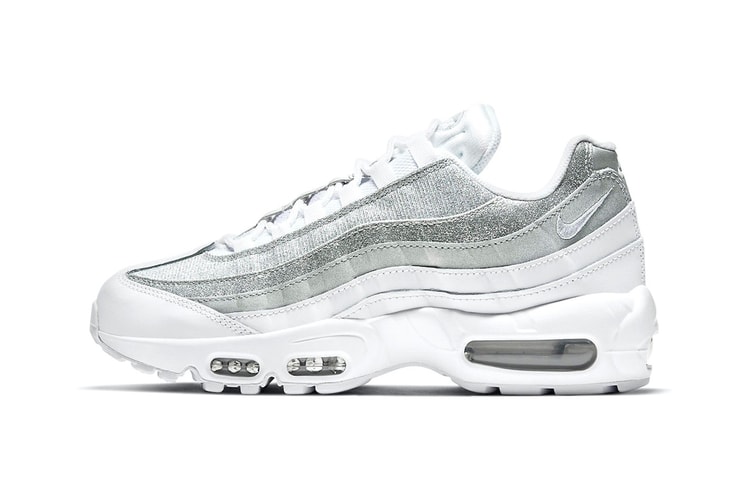 Take a closer look at shiny sneaker.
By Alexandra PaulyDec 24, 2020 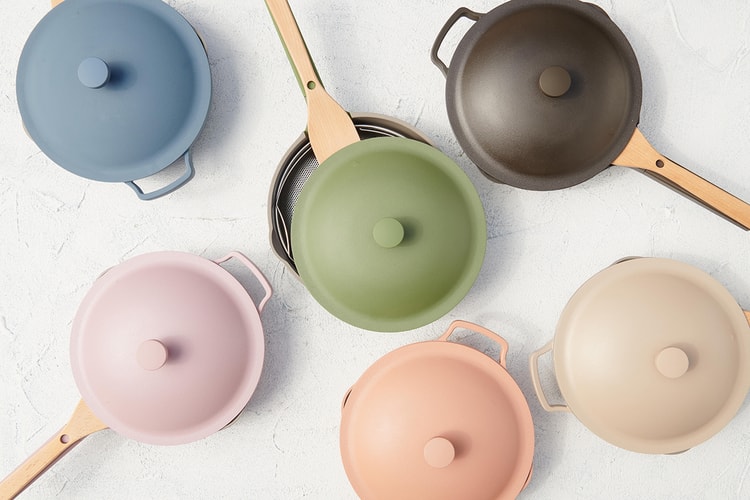 12 Tasteful Kitchen Gifts for Anyone Who Loves Cooking 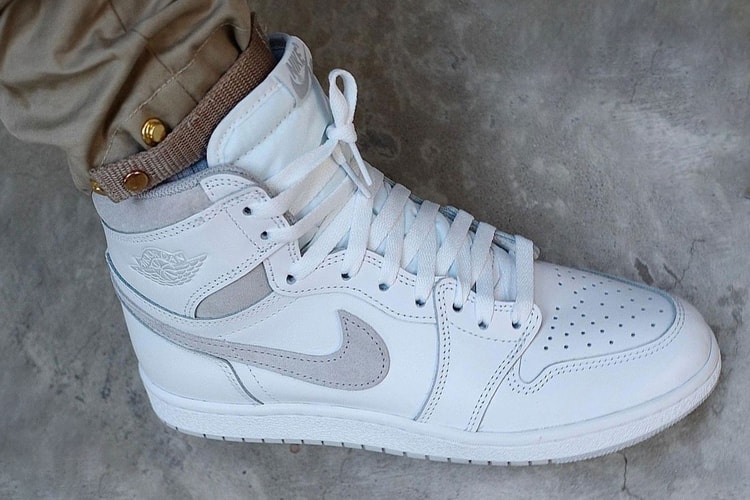 Take a detailed look at the upcoming kicks.
By YeEun KimDec 24, 2020 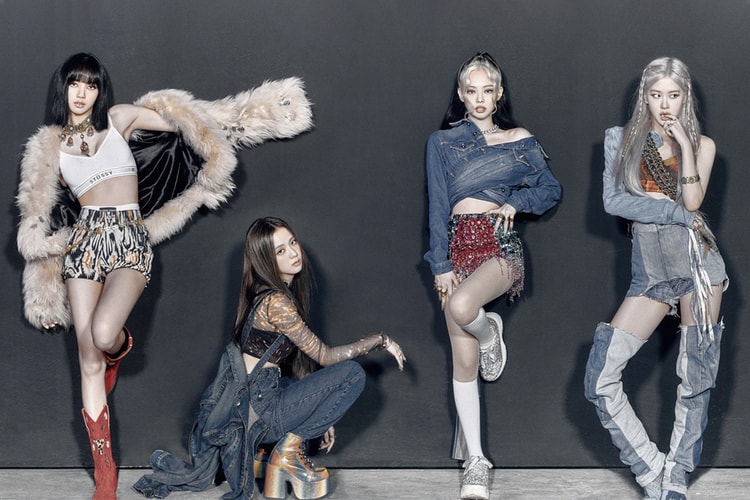