The Pretty Reckless frontwoman chats with HYPEBAE about her new album and the tragedies that spurred its making.

A decade ago, Taylor Momsen captivated fans with the debut of pulsing pop-rock anthem “Make Me Wanna Die,” the first single from her newly formed band, The Pretty Reckless. At the time, Momsen was still a fixture on Gossip Girl, playing Brooklyn-bred Jenny Humphrey, a character caught between her humble upbringing and the allure of the Upper East Side. Momsen’s foray into music — a lifelong passion that developed long before her acting career — was a watershed moment for the star, who describes singing and songwriting as her best friend.

With “Make Me Wanna Die,” it seemed Momsen stepped into her own. She delivered the song’s catchy hook with gravelly aplomb, showcasing the range of her voice that, at the time, most recognized only in the context of Gossip Girl. Since then, Momsen and The Pretty Reckless have continued to prove themselves as enduring forces in the rock scene with hit singles “Heaven Knows,” “Follow Me Down” and most recently, ”Death By Rock And Roll,” the title track off their new album, which released on February 12 via Fearless Records.

Momsen reflects on the album over the phone from her house in Maine, where she’s hunkered down during the pandemic. Her love for music is entirely apparent, even in the analog format of a phone call. “For me, it all started with the Beatles,” Momsen says, explaining that her father — a diehard rock and roll fan — played the iconic band for her just after she was born, in the car-ride home from the hospital. “They were the reason that I started writing songs in the first place,” she comments, citing Led Zeppelin, The Who, Jimi Hendrix and Cream as additional influences. “As I got a little bit older, probably starting in my pre-teen years, I got really into the grunge scene in the ’90s: Nirvana and Pearl Jam and Alice in Chains and Soundgarden. When I heard Soundgarden for the first time, it was like hearing the Beatles for the first time. It was this life altering moment — I just went, ‘What the fuck did I just listen to? That was incredible,’” she details.

“Rock and roll is like soul food. It’s something that I need in my life the same way I need food and water and oxygen.”

In 2017, Momsen and her band embarked on a tour with her musical hero, accompanying Soundgarden across the U.S. from April to May. After a performance in Detroit, Soundgarden frontman Chris Connell committed suicide in his hotel room, a tragedy that profoundly impacted Momsen and led her to cancel the remainder of her tour dates. Just 11 months later, The Pretty Reckless’ producer, Kato Kandwhala, died in a motorcycle accident. Using music to grapple with their grief, the band wrote and recorded Death By Rock And Roll.

“The title Death By Rock And Roll comes from our late producer Kato,” Momsen explains. “It was a phrase he used to say all the time…[it] meant live life your own way, go your own way; rock and roll is the ultimate freedom. Don’t let anyone tell you differently; rock and roll till I die. It was very much a battle cry for life,” she recounts. To Momsen, rock isn’t just a genre of music — it’s a force that transcends the function of musical categorization, becoming a symbol for power and freedom and even existence itself. “It’s an ethic, it’s a mentality, it’s a religion,” Momsen says. “I think rock and roll is like soul food. It’s something that I need in my life the same way I need food and water and oxygen.”

Indeed, Momsen and The Pretty Reckless have hardly strayed from the genre. That isn’t to say their sound hasn’t evolved, though. Death By Rock And Roll displays the impressive versatility of her voice, sneering on “And So It Went,” dipping to a husky purr on “25” and laying itself bare on down-tempo “Standing At The Wall.” A hurdle back when The Pretty Reckless first formed, Momsen’s acting career is a thing of the past, allowing her music to shine without comparisons to her on-screen work. “Gossip Girl and acting is such a past life at this point. Like it’s legitimately talking about my childhood,” she remarks.

Granted, the show has re-entered the spotlight as HBO Max continues production of its anticipated Gossip Girl reboot. When asked if she’s looking forward to watching it, Momsen admits that she’s never seen the original. “I’m less familiar with the show than people would probably assume,” she says. Nevertheless, she’s curious to see how HBO’s remake will incorporate the rise of social media platforms such as Instagram and Twitter, both novel phenomenons when the original show was filming.

Though Momsen has, at times, found it difficult to carve out a space in rock and roll, she says the struggle comes with the territory. “It’s always hard to make a mark in any capacity and have your voice heard,” she reflects. “Really, the simple answer to that is there are no shortcuts and it takes a lot, a lot of work. Call it paying your dues or whatever — I just call it a great time,” she laughs, adding that aspiring musicians must have an unwavering commitment to their work. “If you’re doing it for any sort of outside purpose, like the goal of fame, then you’re never going to be successful. You’re never going to find peace and happiness,” she asserts. “If you feel that desire and that drive, then by all means pursue it, but don’t look to the outside world for validation. You have to find that within yourself. And that’s really true success — when you create something that you can look at and go, ‘I’m really proud of that.’” 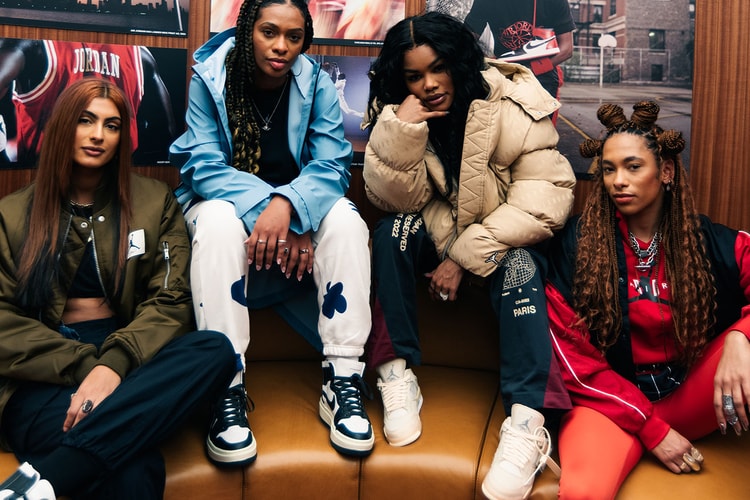 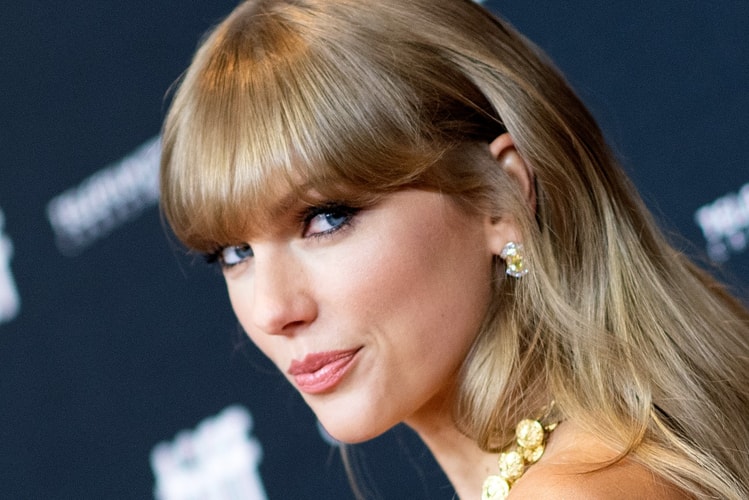 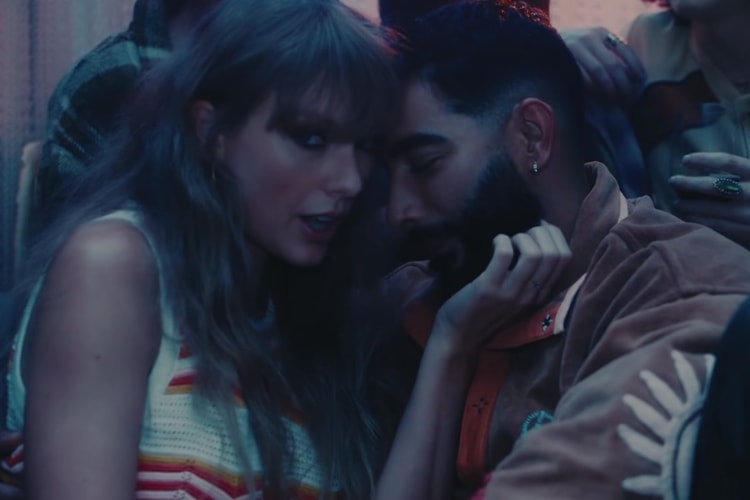 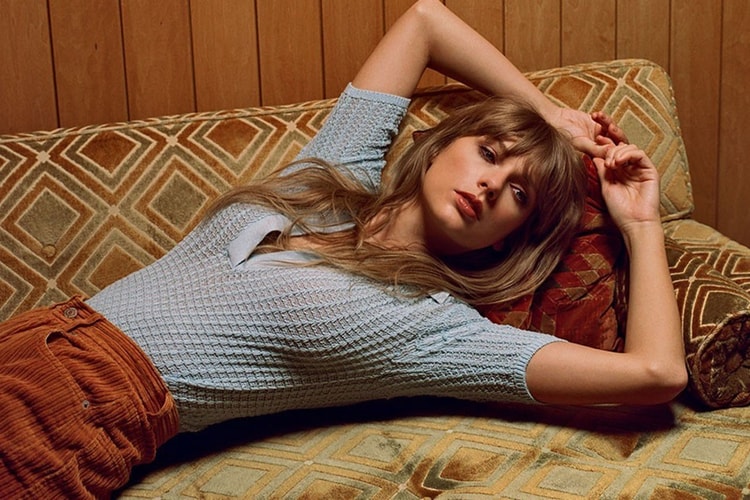 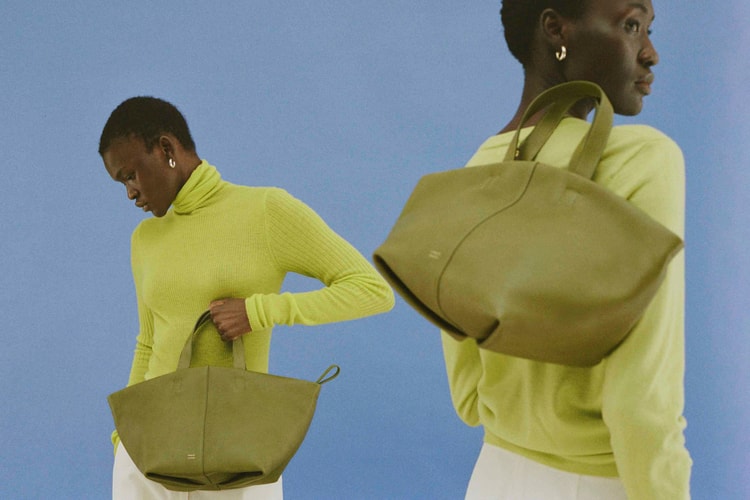 Inspired by the natural beauty of tulips.
By Alexandra PaulyFeb 17, 2021 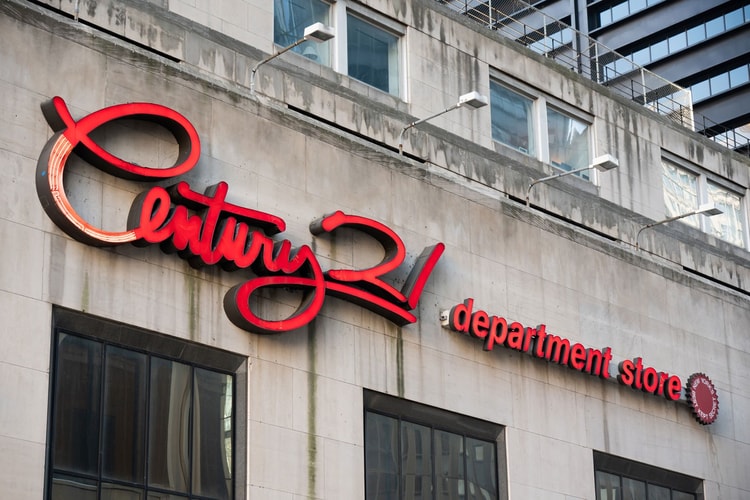 The beloved discount department store is back.
By Alexandra PaulyFeb 17, 2021 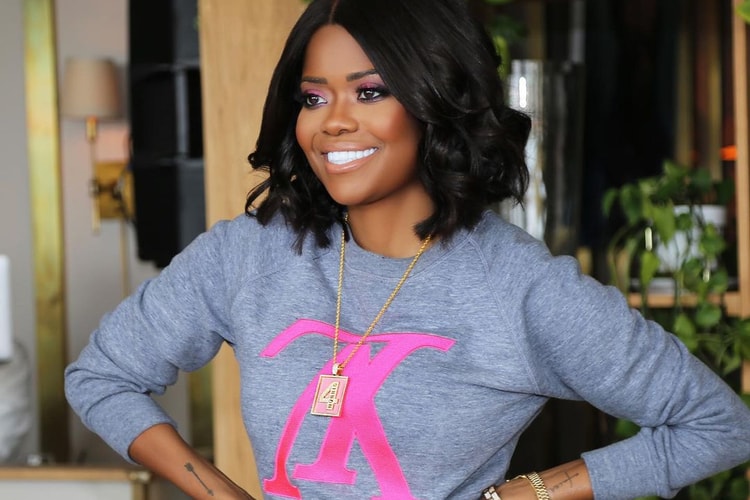 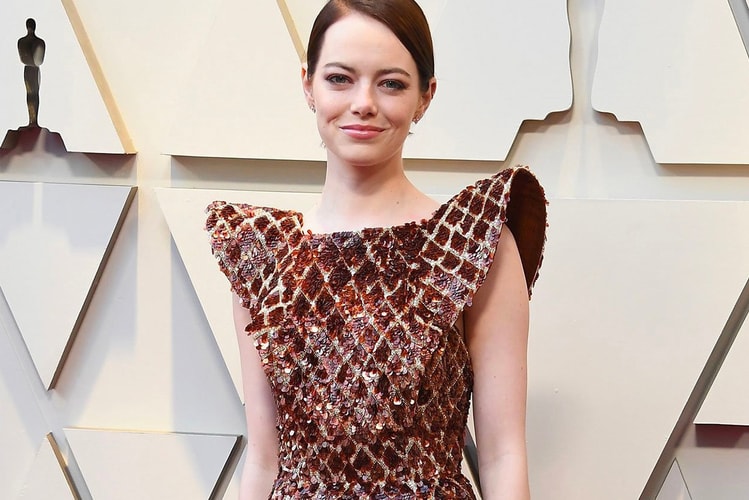 Disney has released the first trailer for its origin story about the stylish villain.
By Alexandra PaulyFeb 17, 2021 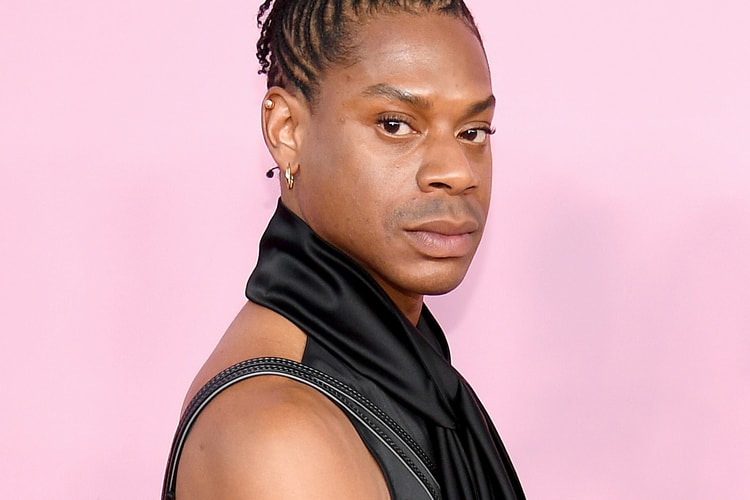 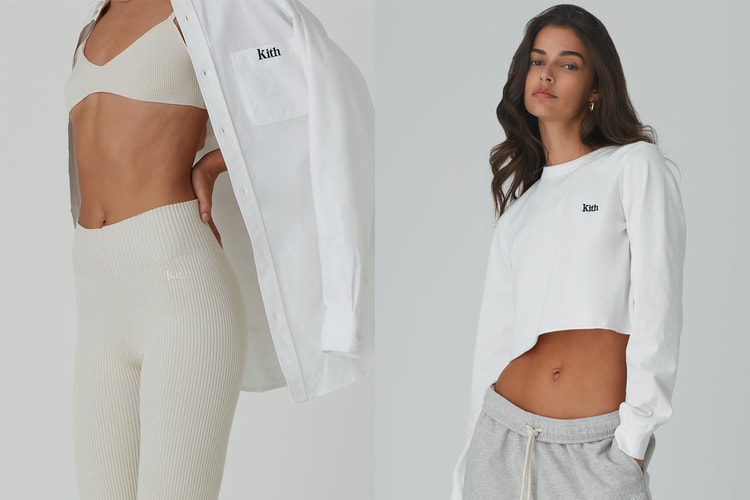 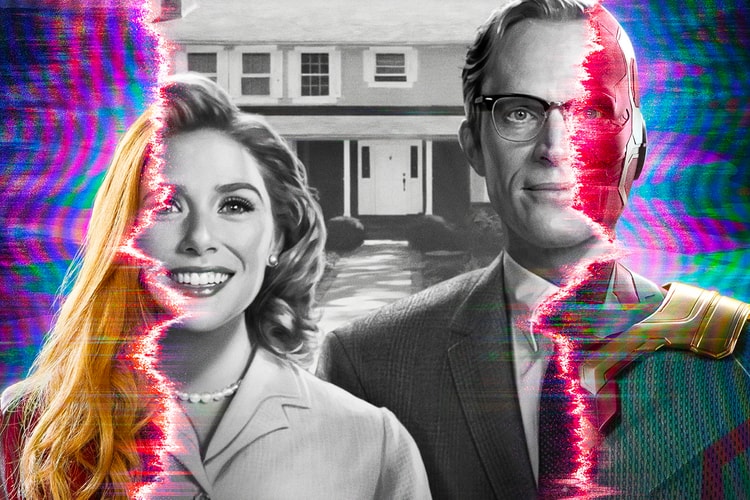 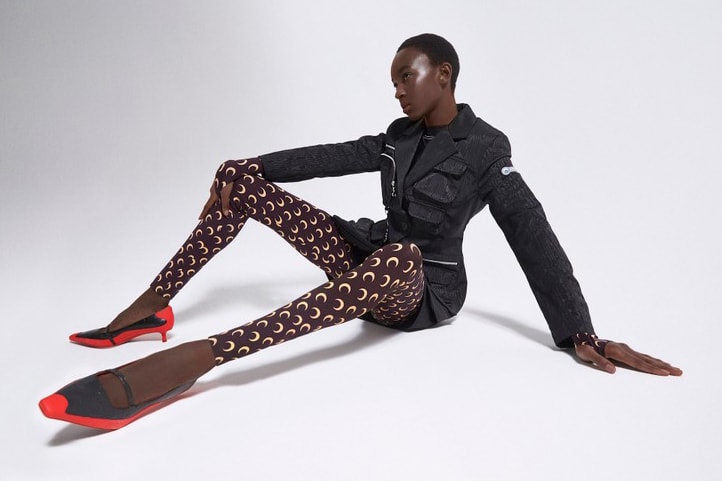 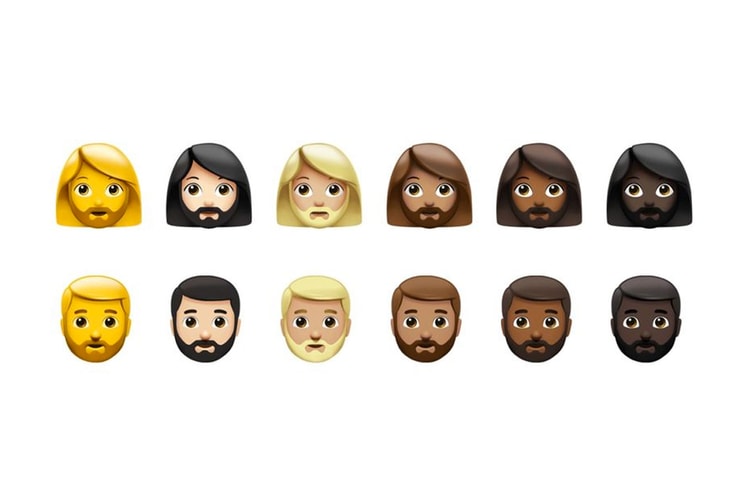 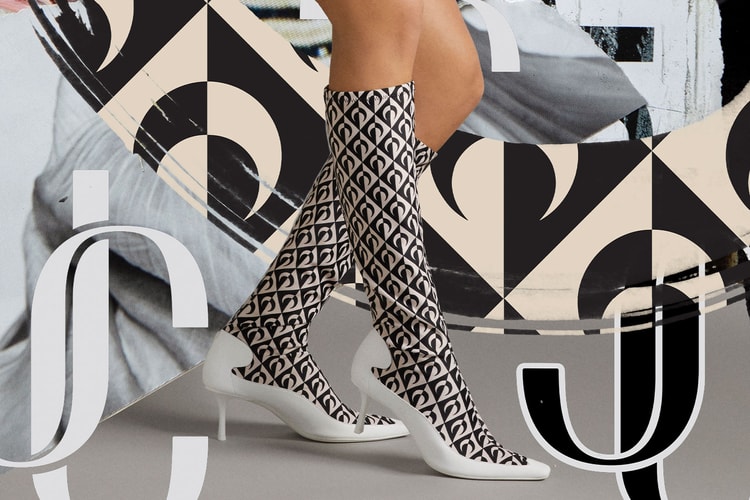