With New York Fashion Week in full swing, street style enthusiasts can be seen outside show venues dressed in their best outfits, with many wearing sought-after sneakers on their feet. Below, we’ve rounded up some of the most popular sneaker styles spotted during the Fall/Winter 2020 edition of the event.

Some of the buzziest shoes from last year including Off-White™ and Nike‘s Dunk Low and Air Jordan 1 silhouettes dominate the streets. Other popular kicks like the Air Force 1 appear in various iterations, including a design created specifically for the concrete jungle’s famed Scarr’s Pizza.

From highly coveted collaborations to special limited editions that haven’t been released to the public, read on to see the kicks show attendees are sporting this season. For more from NYFW, check out backstage moments at Rodarte’s FW20 show.

Following its initial release back in October 2018, Nike’s collaborative Mars Yard Overshoe with Tom Sachs was back with a relaunch in May 2019. The Mars Yard 2.0 sneaker is seen with an extra protective layer covered with waterproof fabric, finished off with two magnetic buckles and a tension cord.

WHERE TO COP: Available at StockX with prices starting at $566 USD.

Sometimes a pair of low-key shoes are just what you need to complete a stylish outfit. Taking cues from ’90s trainers, Acne Studios‘ Boltzer is constructed with sporty mesh on the upper and features a chunky, rubber sole unit. The laid-back design sees a hint of branding on the tongue, which comes in the form of a logo-woven patch.

Virgil Abloh‘s Nike Dunk Lows were one of the hottest sneaker collaborations last year. Arriving in three colorways — “Pine Green,” “University Red” and “University Gold” — the shoe is accentuated with rope laces that zig-zag over the upper.

WHERE TO COP: Available at StockX with prices starting at $393 USD.

A collaborative pair released back in 2018, the highly coveted Off-White™ x Nike Air Jordan 1 in “White” saw an exclusive release in Europe, while other colorways like “UNC” and “Chicago” launched globally. Designed with an all-white upper and Swoosh, the shoe is finished off with Virgil Abloh’s signature branding on the midsoles and orange tag detail on the laterals.

WHERE TO COP: Available at StockX with prices starting at $1,948 USD.

For their ongoing partnership, ASICS and AFFIX released a pair of GEL-KINSEI OG with added GORE-TEX in October 2019. Arriving in a blue, brown and green-toned upper, the technical trainers feature an Impact Guidance System technology in the sole unit to promote more natural foot movement.

WHERE TO COP: Available at stockists like END. for $265 USD.

A retro-style pizza store located on the Lower East Side, Scarr’s Pizza created its own iteration of the Air Force 1 in 2019. Along with the pizzeria’s logo placed near the heel on the lateral, a red and blue Swoosh can be found on the all-white upper, while the New York City flag is emblazoned on the heel tab. This pair did not receive an official release and was created as a 48-pair limited edition for Scarr’s Pizza’s friends and families only.

WHERE TO COP: Unavailable online.

This power collaboration between Supreme, COMME des GARÇONS SHIRT and Nike features a black leather upper, contrasted with a clean white midsole and tongue tag. The Swoosh is deconstructed down the middle, while the heel sports the three brands’ logos in white.

WHERE TO COP: Available at Farfetch for $525 USD.

NikeLab and Kendrick Lamar unveiled their collaborative React Element 55 shoe last November. Dubbed “Pure Platinum/Clear/Wolf Grey,” the colorway sports a white marble effect on the lateral half of the upper, and a darker print on the medial half. The entire design is contrasted with a grey midsole, finished off with shoelaces of the same shade.

WHERE TO COP: Available at StockX with prices starting at $138 USD. 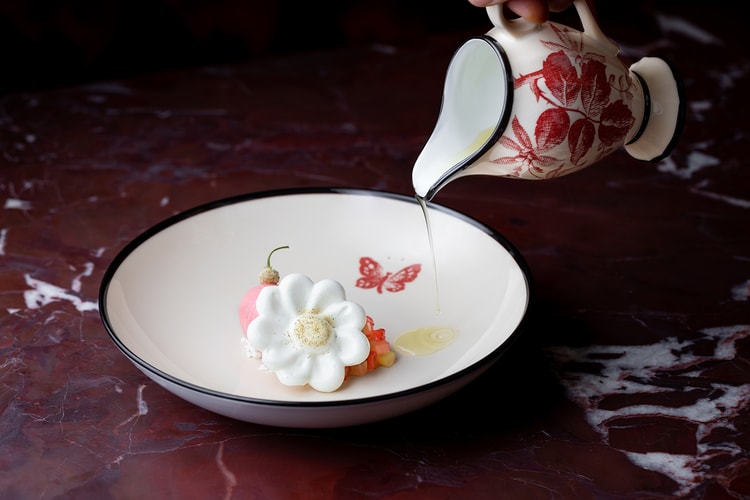 Outfitted with Gucci wallpaper and tableware.
By Alexandra PaulyFeb 12, 2020 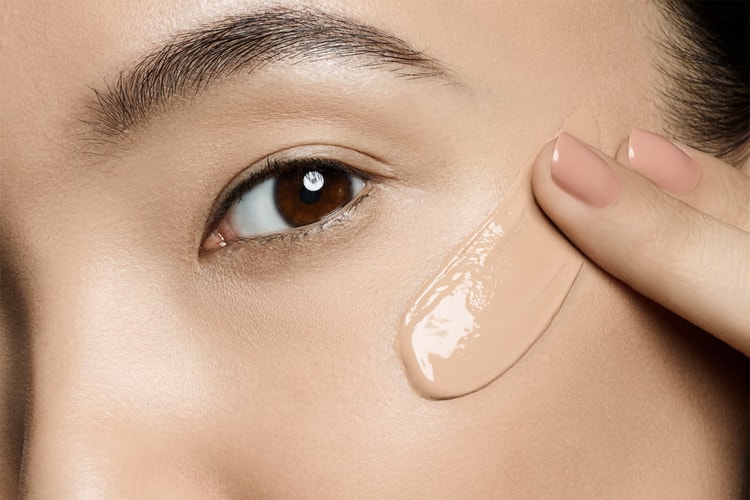 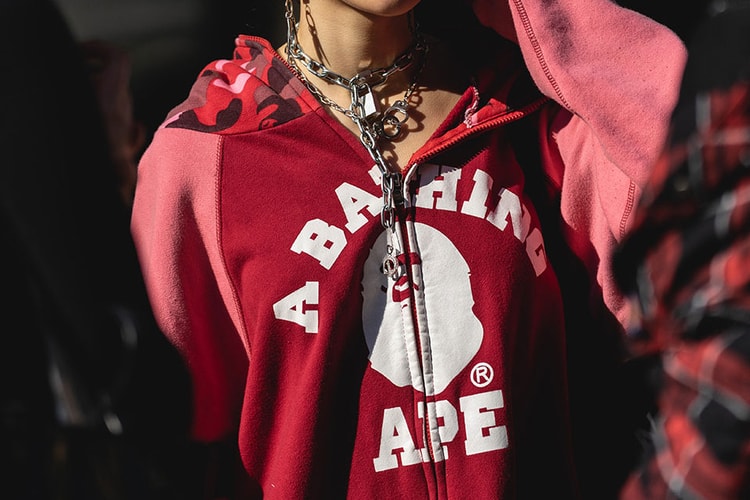 Including a leather monogram puffer.
By Alexandra PaulyFeb 12, 2020 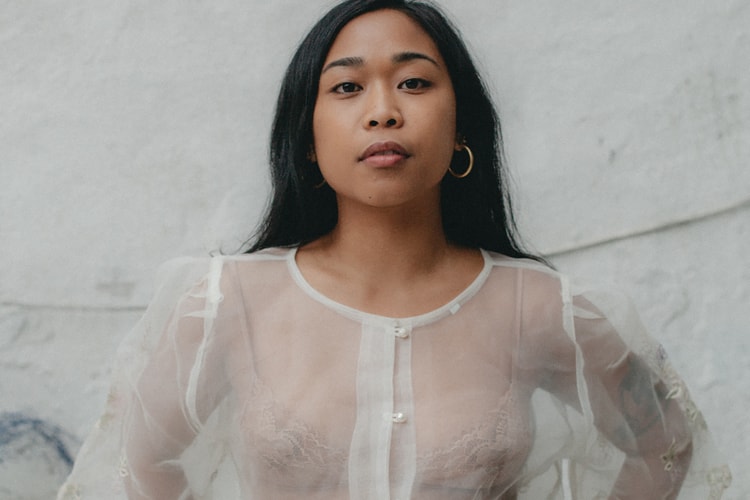 What Beauty Means to the Filipinx-American Community 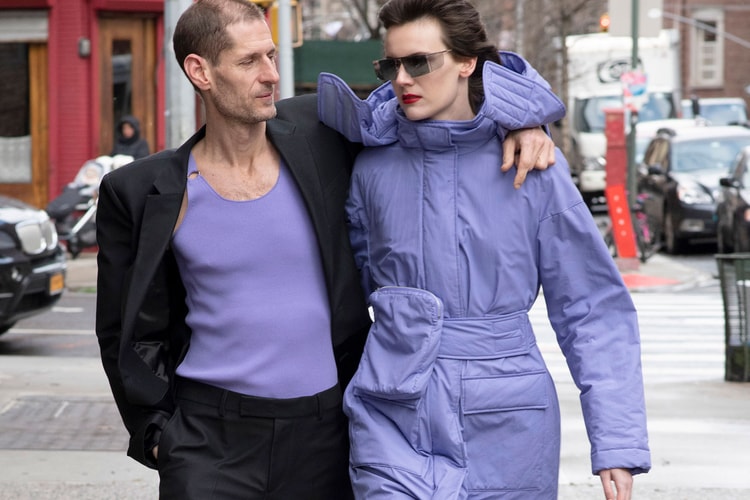 The brand collaborated with photographer Sunil Gupta for its latest.
By Alexandra PaulyFeb 12, 2020 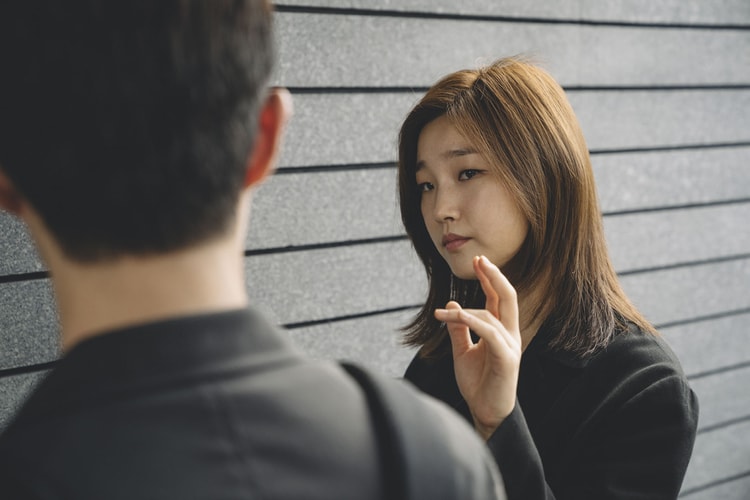 Here Are 7 Movies to Watch by 'Parasite' Director, Bong Joon-ho

One of the hottest directors today, who took home four trophies at the 2020 Oscars.
By YeEun KimFeb 12, 2020
More ▾