The “accidental executive” shares how she rose through the music industry ranks to become an EVP — at the same company she once applied to be a receptionist for.

The “accidental executive” shares how she rose through the music industry ranks to become an EVP — at the same company she once applied to be a receptionist for.

Any journey to a corporate leadership role requires a unique combination of passion, perseverance, timing and extremely hard work. When we hear about leaders in the corporate world, we often don’t consider their life before those major roles and how they landed those jobs. Behind the scenes, there’s typically a number of failures and successes, opened and closed doors, hope and disappointment. Every story is different.

Juliette Jones of Atlantic Records is a self-proclaimed “accidental executive.” As Executive Vice President of the label since 2013, she has been the driving force behind radio hits by Meek Mill, Cardi B, Bruno Mars, Lil Uzi Vert and Gucci Mane to name a few. Jones was an accounting major at Maryland University who planned to be a doctor, so how did she end up as one of the most influential African American women in the music industry? We caught up with Jones in New York City to learn how she landed her current job, and all of the elements involved to place her there.

When did you know this was the industry you wanted to venture into and how did you land your first job?

I was attending Maryland University majoring in accounting and working for MCI when I met and interned for Arlinda Garrett, a radio promotion and marketing expert, who was responsible for introducing me to the industry. I was offered a job to hand out tapes at the club and I couldn’t believe I would get paid to do this. As a student, I was in the clubs anyways, so it was an easy “yes” to get paid for it. I went on to intern for five years, dabbling in all aspects of the industry, attending major industry events, and rotating through each department to gain experience and exposure. After that, I was hooked.

What was your next move after this internship?

I moved to New York City to work for free, and I believe I wouldn’t be where I am today if I hadn’t done that. Through a series of connections and help from my friends in the industry, I landed a free role at WBLS New York. Sometime after that, I applied to be a receptionist at Atlantic Records and didn’t get the job. I eventually landed an entry-level gig as Jive Records’ first Mid-Atlantic regional promotion director for urban music with some stops along the way.

In 2001, I encountered my first big career challenge when I was fired from Jive Records. This came as a complete and total shock, but I took it as a sign that it was time for me to move and it forced me out of the nest. They told me I could stay on in a different role, and I could have been very comfortable there because I knew what to expect. Instead, I took a job at Hits magazine in LA as an editor for urban. Changing coasts gave me the opportunity to meet an entirely different community, which ended up being very educational.

A few years later, I returned to New York to work at Virgin Records where I felt I something to prove. Two years later, we merged with Capitol Records and my new boss Ronnie Johnson was the first person to give me the shot to head up an urban promotion department. Ronnie believed in me and supported me, and I appreciate him for that to this day.

What inspired you the most along the way to keep going?

Promotion is typically a job that men do, but early in my career there were more women doing promotion and running labels for me to look up to, thankfully. But honestly, what inspired me the most was that I loved the work and I wanted to make a good living doing it. Now, I am surrounded by a small circle of incredible female promotion executives at major labels who continue to inspire me.

Doubt and fear is a normal part of the process when pursuing a career. Did you ever have doubts about if this is where you were meant to be and how did you overcome it?

There were many times that I would cry in my office and break down to my coworkers because of how stressful work became, but I always felt that it was important to keep going. I felt the fear and would keep going anyway. I would often experience the “imposter syndrome,” but what mattered to me most was being very good at what I was doing. So I would cry in my office, wipe my face off and get back at it. My boss at Capitol was really great and had a very pragmatic way of dealing with the frustrations of the business. Since I tend to be more emotional, he would always remind me that this job should not cause anxiety. That perspective was so important.

How do you stay fresh and continually improve within your role and at this point in your career?

This is something I am always thinking about. If you don’t move with the beat of the music business, then it isn’t for you. To exist in this industry, you have to be adaptable to changes to advance. Young people are so important because we can hear their perspective on pop culture and what their experiences are. Further, collaborative work is essential in the business of promotion, as it is a team sport at the end of the day. I may be the shiny face at the front, but without the people on my team, we would not be able to do what we do.

When did you discover that this was your calling?

From the very beginning, I was passionate about the music business, but I never had big aspirations. My goal was to make six figures. I think it’s essential for women to own that they want to make money and not shy away from that fact, so they know their value and advocate on their own behalf.

In addition to getting paid, I also aspire to do the the best I can: I’m competitive. I was specifically drawn to radio promotion because I like quantifiable results that are not subjective or based on opinions. Number one is number one and everyone sees it every Monday morning when the charts come out.

What was the best piece of advice you received early on in your career?

As an intern, I met the radio DJ George “Boogaloo” Frasier once at a brunch, and he said, “Let me tell you something, baby girl: All these [celebrities] in here catching your attention, bedazzled and flashy, most of them can’t help you. If you want to be an executive, you have to know who can help you. If people aren’t trying to teach you anything or don’t give you the impression that they see any potential in you, leave them alone.”

When I got access to the labels, the rock stars to me were the executives, not the artists. I love working with artists and promoting their art, but I appreciate the talent behind the scenes as well.

I think it’s also crucial for young people starting out in their careers to be inquisitive and willing to learn. I can say that many of the people I’ve worked with have become my mentors. It’s extremely important to me that I help pave the way for the next wave of female executives. 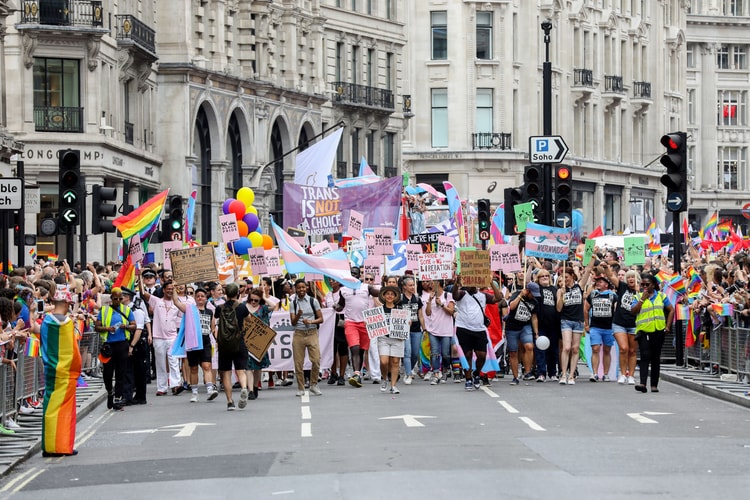 London Pride Postponed Due to Coronavirus

Event organizers will announce a new date in “due course.”
By Alexandra PaulyMar 23, 2020 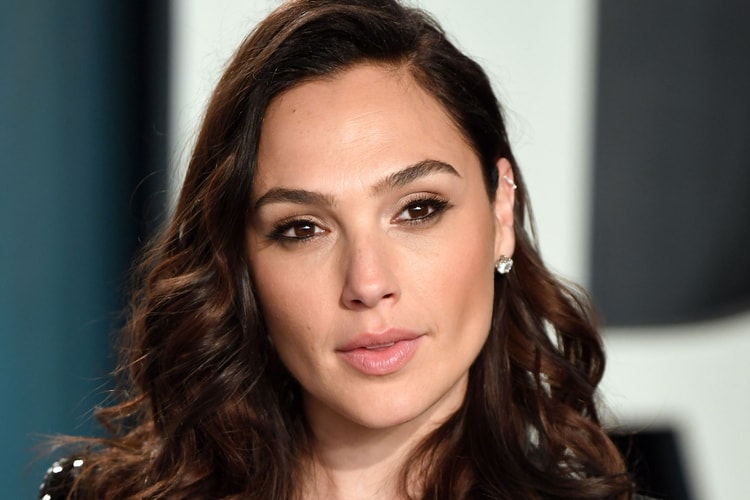 Check out the video for yourself here.
By Alexandra PaulyMar 23, 2020 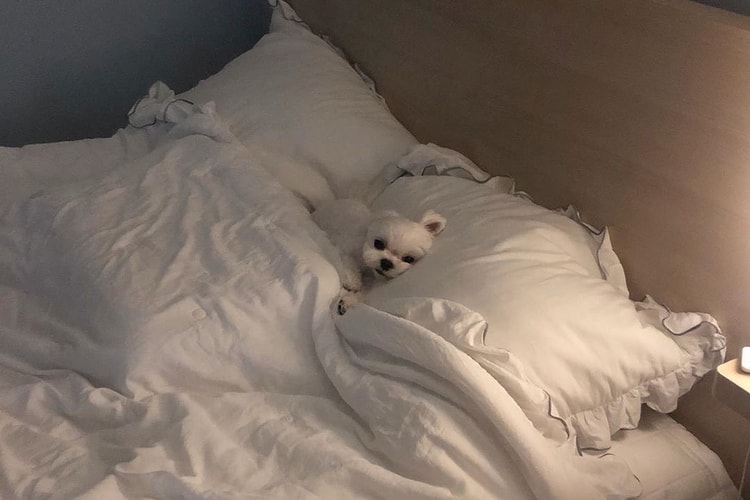 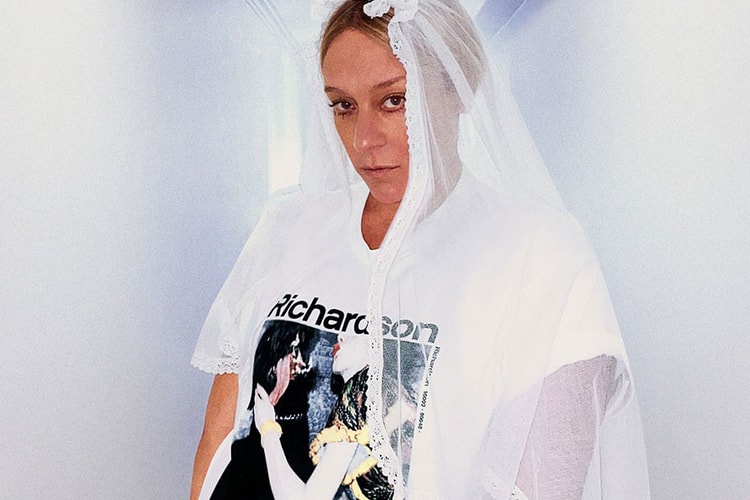 Featuring a stark image by Mario Sorrenti.
By Alexandra PaulyMar 23, 2020