These are the hits that took over our playlists.

Despite challenges posed by the ongoing pandemic, the music industry continued to deliver songs and projects that inspire us to keep on keeping on. Now, as cities re-emerge from over a year of lockdown, fans can only expect more and more new music releases and even concerts to look forward to in 2022.

Artists like Adele, Lorde, Snoh Aalegra and Tyler, The Creator made their return with their well-curated albums: 30, Solar Power, Temporary Highs in the Violet Skies and CALL ME IF YOU GET LOST. Olivia Rodrigo, a talent fairly new to the scene this year, dominated the charts with her debut solo project, SOUR. 2021 also graced us with stellar hits like Normani‘s “Wild Side” featuring Cardi B, Saweetie‘s “Best Friend” with Doja Cat, Kali Uchis‘ “telepatía,” Megan Thee Stallion‘s “Thot Shit” and more.

Below, we’ve compiled the top albums and songs of 2021 as part of our HYPEBAE Best series. Continue reading and revisit some of our favorites.

While you’re here, find out what the top 10 sneakers and shoes of 2021 are, according to our editors.

Having signed with Interscope Records and Geffen Records in 2020 after being cast in Disney+’s High School Musical: The Musical: The Series in 2019, Olivia Rodrigo took her career to new heights with her critically acclaimed single “driver’s license” at the beginning of 2021. Leading up to her debut album, SOUR, the young songstress dropped more TikTok-worthy and heartbreaking tracks such as “deja vu” and “good 4 u.” SOUR and “driver’s license” became Rodrigo’s most-streamed album and song on Spotify around the globe.

While fans still swoon over her second studio album, — Ugh, Those Feels Again, Snoh Aalegra finally dropped her third record ealrier this summer titled Temporary Highs In The Violet Skies. The album comes with 15 tracks and features an A and B side — the former contains seven songs while the latter comes with eight. As for her collaborations, Aalegra teamed up with Tyler, The Creator on “Neon Peach” and “In The Moment,” and James Faunterloy appears in “On My Mind.”

Doja Cat’s third LP, Planet Her, held second place for three consecutive weeks on the Billboard 200. The rapper and singer enlisted SZA for “Kiss Me More,” Ariana Grande for “I Don’t Do Drugs,” The Weeknd for “You Right,” J.I.D for “Options” and Young Thug for “Pay Day,” further elevating her work and sound. ”[Moving] on into this Planet Her era, I want to introduce things to people as opposed to just re-create and rehash. It’s just more inspiring to start from a more innovative spot,” she told Billboard in an interview prior to the release.

South Londoner Joy Crookes is known for her delicate approach to storytelling and captivating vocals. For those who have yet to listen to Crookes’ sound, her songs highlight her identity, mental health and the relationships that have shaped her into the woman she is today. Her first full-length album, Skin, is comprised of 13 tracks, one of which she wrote when she was 15 years old. A project that’s been a long time coming, Skin is an autobiographical body of work that delves into topics like sex, generational trauma, abuse of power and mental health.

If I Can’t Have Love, I Want Power – Halsey

Produced by Trent Reznor and Atticus Ross, If I Can’t Have Love, I Want Power spotlights Halsey’s craft and sound. Featuring no collaborations, the album was written when the artist fell in love and was trying to navigate her pregnancy, as per Pitchfork. The project’s release was accompanied by an hour-long film of the same name written by the songstress herself and directed by Colin Tiley.

Solar Power marks Lorde’s first full-length effort in four years. “The album is a celebration of the natural world, an attempt at immortalizing the deep, transcendent feelings I have when I’m outdoors,” Lorde commented on the concept of her new record in a statement. Produced by Melodrama collaborator Jack Antonoff, the 12-track project is a reflection of the artist’s journey in the industry, which she started at the young age of 16.

Without a doubt, H.E.R.‘s smooth vocals soothe the soul along with her impactful lyrics. For Back Of My Mind, the R&B talent tapped Ty Dolla $ign on “Back of My Mind,” Cordae on “Trauma,” Lil Baby on “Find A Way,” Thundercat on “Bloody Waters,” DJ Khaled and Bryson Tiller on “I Can Have It All” and more. Coming from “feelings and thoughts that [were] in the back of [her] mind,” H.E.R. tears down her walls and opens up in her 21-track project. “Some things I talk about in my music and other things I may have been afraid to say or admit. I’m finding freedom in being truthful with expression,” she said in a press release.

Happier Than Ever – Billie Eilish

Billie Eilish created Happier Than Ever with her frequent collaborator and brother, Finneas. The downtempo pop album explores another side of Eilish in comparison to her trap-heavy When We All Fall Asleep, Where Do We Go?. Happier Than Ever also touches upon the Grammy Award-winning artist’s rise to fame and the pros and cons that come along with it.

CALL ME IF YOU GET LOST – Tyler, The Creator

Promoted through a series of cryptic billboards back in June of this year, CALL ME IF YOU GET LOST follows the reality of personal relationships through a more positive lens. While mentioning his alter-ego Wolf Haley, Tyler, The Creator’s album also sheds light on the highs and lows of fame in “RISE!” and “MASSA.” Guest appearances in his sixth studio album include Lil Uzi Vert, Pharrell Williams, Lil Wayne, Ty Dolla $ign, Domo Genesis and more. For fans of the artist, the latest record effortlessly blends elements from his previous projects such as WOLF’s tight bars and Flower Boy’s melody.

Stirring away from his country trap sound from “Old Town Road,” Lil Nas X decided to hone his skills in MONTERO by tapping into rap, pop and R&B. The artist’s debut studio effort consists of 17 songs featuring contributions from Jack Harlow on “INDUSTRY BABY,” Doja Cat on “SCOOP,” Elton John on “ONE OF ME,” Megan Thee Stallion on “DOLLA SIGN SLIME” and Miley Cyrus on “AM I DREAMING.” Co-produced by Take A Daytrip, Kanye West, Roy Lenzo and Omer Fedi, the album primarily focuses on hip-hop and pop with hints of trap beats and ’00s R&B.

Described as an album about divorce, 30 marks Adele’s first project in six years. Comprised of 12 emotional ballads, one track in the project particularly hits us in the feels — “Easy On Me.” Showing off her powerful vocals accompanied by a nostalgic piano melody, Adele sticks to her signature ballad roots, giving us a glimpse into her heartbreak through song.

A follow-up to her chart-topping 2019 single “Motivation,” “Wild Side” uncovers Normani’s sensual and romantic characteristics through her sultry lyrics. Assisted by Cardi B, the track arrives with a music video stars the former Fifth Harmony member and Grammy Award-winning rapper seen in nothing but their long locks.​

Justin Bieber‘s “Peaches,” the lead single of his latest album JUSTICE, is the Grammy Award-winning artist’s seventh number-one single and 23rd top 10 hit. The colorful pop-R&B track features the soothing vocals of Daniel Caesar and Giveon, making it the perfect track for your summer playlist.

In anticipation of her Pretty B*tch Music debut album, Saweetie has been releasing a number of bops, including “Best Friend” featuring Doja Cat. The catchy tune is accompanied by a playful visual that celebrates female friendship.

A follow-up to her 2020 viral single “WAP” with Megan Thee Stallion, Cardi B decided to go back to her roots with “Up,” a song inspired by the rapper’s first debut mixtape Gangsta Bitch Music, Vol. 1. The track became Cardi’s fifth Billboard Hot 100 No. 1 project since she’s officially entered the music scene in 2016.

Marking this their first-ever collaboration, Doja Cat and SZA‘s “Kiss Me More” is a taste of Doja’s upcoming LP Planet Her. Written by the duo, along with Yeti Beats, Rogét Chahayed, tizhimself and Carter Lang, the sensual track arrives with a Warren Fu-directed music video portraying Doja and SZA on another planet.

Genre-defying songstress Kali Uchis landed her first solo charting hit on Billboard’s Hot 100 list in the U.S. with her half-Spanish, half-English-language song “telepatía.” The track gained attention on TikTok thanks to its dreamy, seductive vibe and relatable lyrics.

Known for her role as Nini Salazar-Roberts in Disney‘s High School Musical: The Musical: The Series, Olivia Rodrigo officially kicked off her music career by signing with Interscope and Geffen Records in 2020. Her debut single “drivers license” became an instant hit, holding the top spot on the Billboard Hot 100 for eight weeks straight. The song also became the first in 2021 to hit one billion streams across all platforms, and is now RIAA-certified at Gold, Platinum, double and triple-Platinum.​

Megan Thee Stallion’s “Thot Shit,” the latest Hot Girl anthem from the Houston rapper, celebrates women who unapologetically enjoy doing whatever they want at any time, regardless of what anyone has to say. The track marks Meg’s first solo release of the year — expect to see more from the three-time Grammy-winning artist in the coming months. 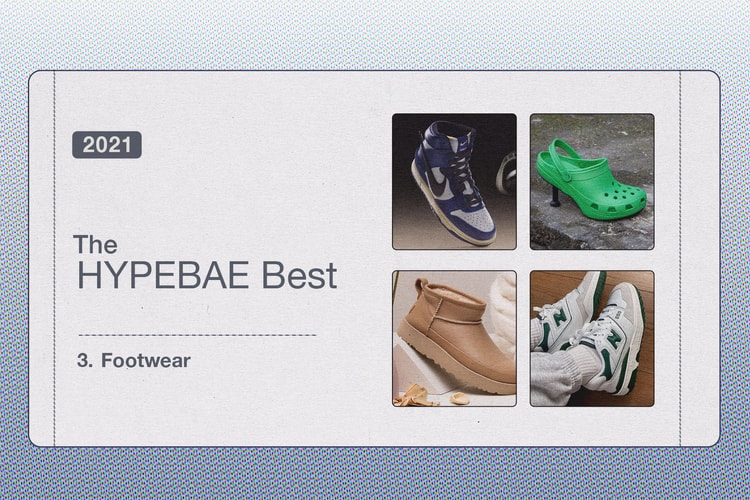 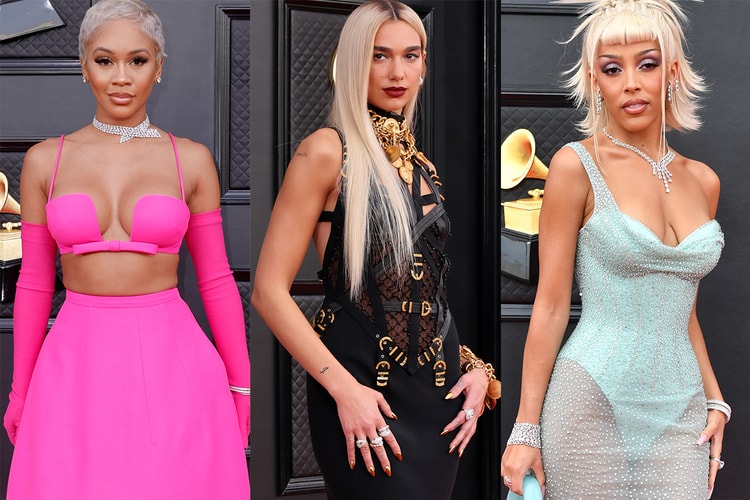 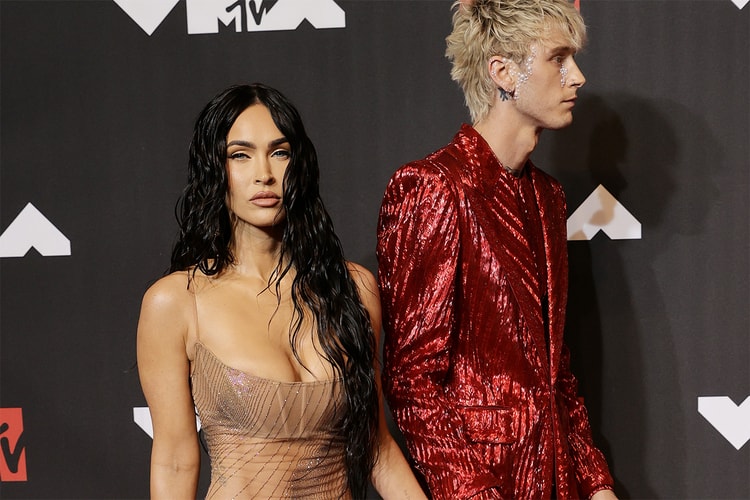 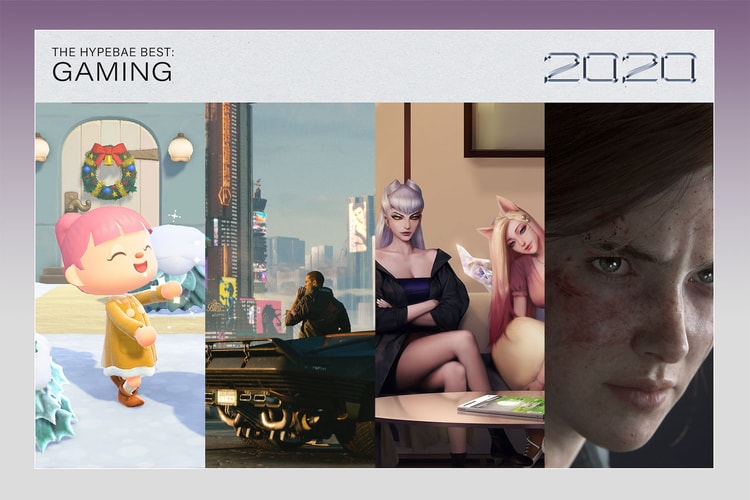 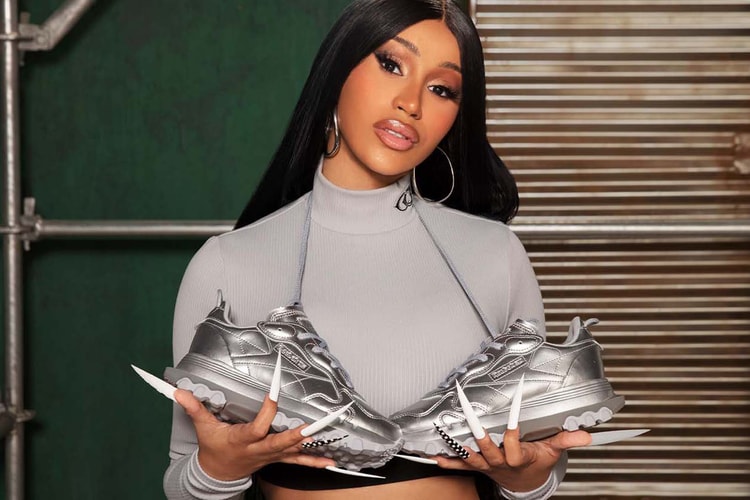 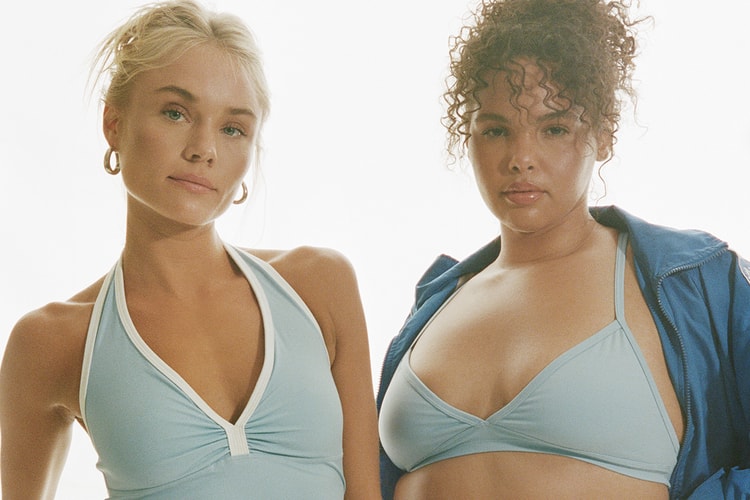 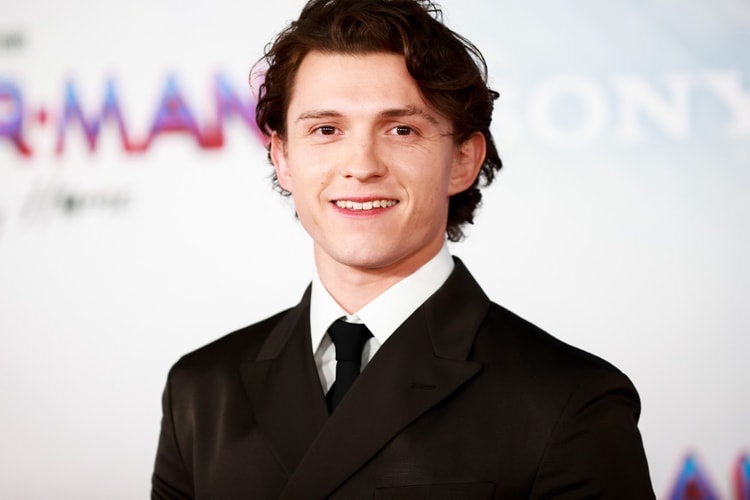 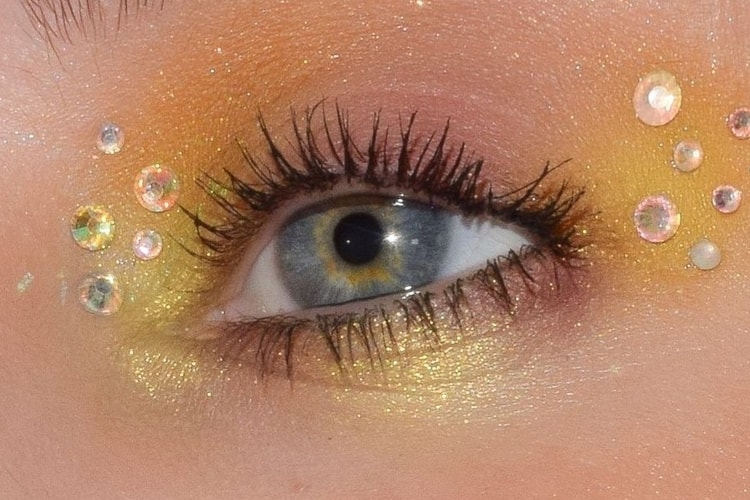 From Y2K lips to graphic eyeliner.
By Collette GrimesDec 28, 2021 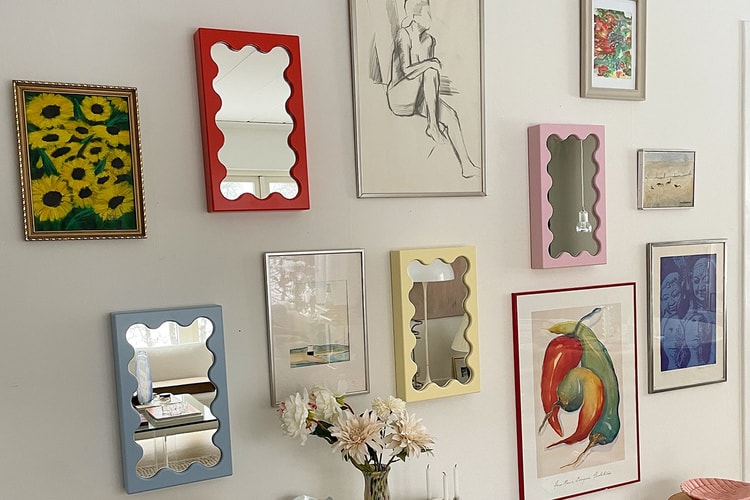 Redecorate Your Space With These Aesthetically Pleasing Squiggle Mirrors 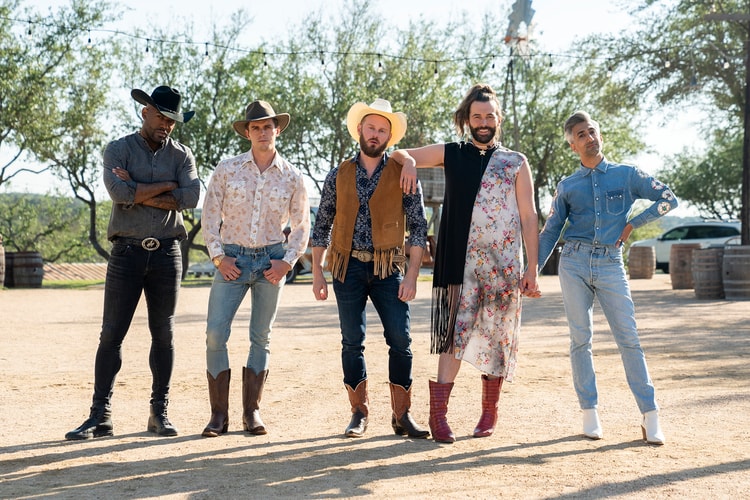 The Fab 5 are bringing their awe-inspiring magic to Texas.
By Nathan LauDec 28, 2021 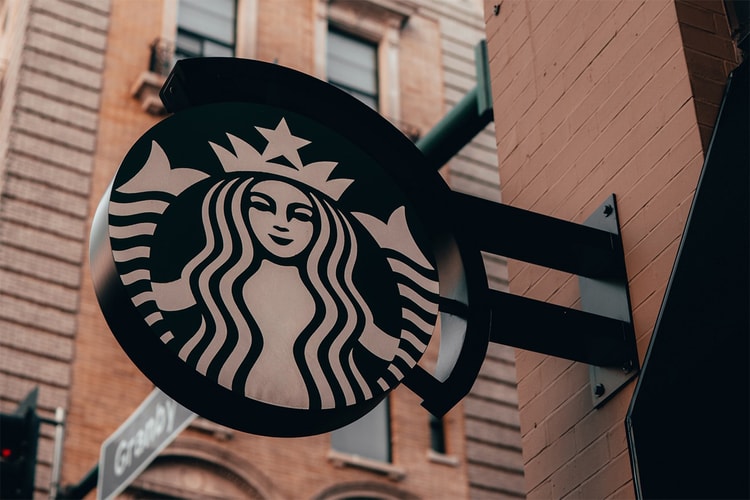 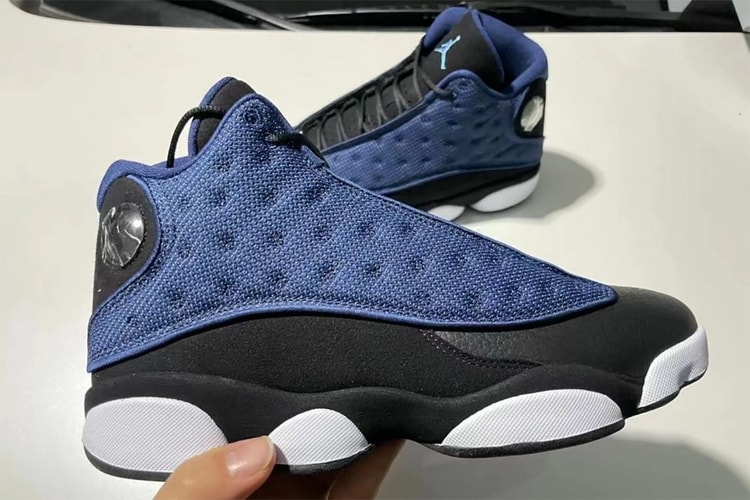 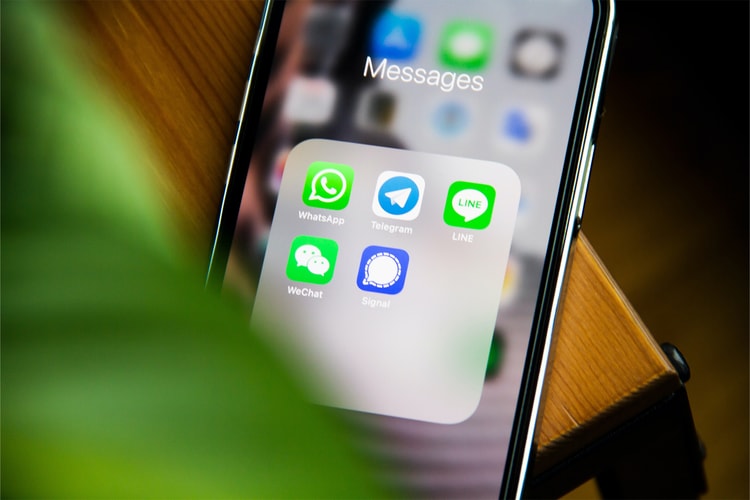 The World's First Text Message Has Been Sold as an NFT 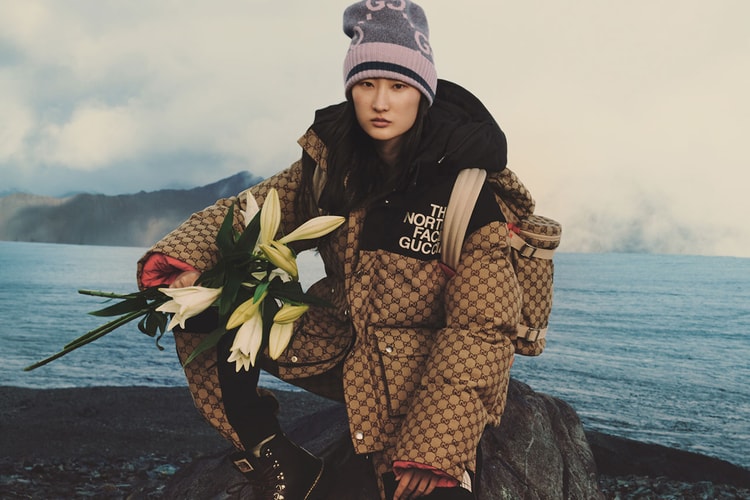 The North Face x Gucci Present Chapter 2 of Their Collab