No matter how many TV shows or movies on Netflix you’ve binged over the past few months during lockdown, the streaming giant is always prepared with fresh new content every month to keep you entertained all day long. If you’re in need of new titles to add to your list, our HYPEBAE editors have gathered the best series and films for you to watch on the platform right now.

Whether you’re looking to lighten up your mood amid these trying times, or you’ve recently become obsessed with the drama genre, the selection below has got you covered. From reality, real estate series Selling Sunset to fantasy/supernatural show Warrior Nun, read on and let the binging commence.

For more film and TV recommendations, here are seven classic ’90s movies to watch on the streaming giant.

The Real Housewives meets luxury real estate – that’s the best way I can describe Selling Sunset, one of Netflix’s most engrossing original series to date. Enter the Oppenheim Group, a high-end real estate brokerage based in Los Angeles. Overseen by twins Brett and Jason Oppenheim, the business boasts its fair share of juicy drama led by the company’s cast of glamorous realtors: Christine, Heather, Maya, Chrishell, Mary, Davina and Amanza. Fights, breakdowns and even a couple of weddings – all set against million-dollar mansions – make for a thoroughly entertaining show. – Alexandra Pauly, Associate Editor

As quarantine limits our dating life to the realm of endless messages and awkward video chats, Love chronicles the ups and downs of Mickey and Gus, a burgeoning couple who both have their fair share of proverbial skeletons in the closet. The Judd Apataow-created series may make you miss the fun of a new relationship but more likely, it will have you consider the upsides of self-isolation, free from the all-encompassing – yet entertaining – drama that often accompanies young love. With three satisfying seasons, the series is a binge-ready option for fans of off-beat romantic-comedy. - Alexandra Pauly, Associate Editor

Fantasy and supernatural have always been my go-to genres, so when I came across Warrior Nun, I knew I’d instantly get hooked. Inspired by Ben Dunn’s Warrior Nun Areala, the show follows the story of a quadriplegic 19-year-old orphan named Ava Silva who is brought back to life after having an ancient holy artifact, the Halo of Angel Adriel, inserted into her back. Now having the ability to walk again after 12 years since her accident, Ava discovers she has superpowers, which have been passed down for centuries from chosen one to chosen one. Ava also learns that she is now part of the Order of the Cruciform Sword, an ancient group of specially trained warrior nuns devoted to protecting Earth from demons. – Pauline De Leon, Associate Editor

Based on the popular, Eisner award-winning comics and graphic novels by Gerard WayIn, The Umbrella Academy starts off in the year 1989 where 43 children are born around the world to random, unconnected women who weren’t even pregnant the day before. Among the 43, seven – Ben, Klaus, Allison, Luther, Diego, Vanya and Number Five – are gifted with special abilities far beyond the ordinary, who are adopted by billionaire industrialist Sir Reginald Hargreeves. He then establishes The Umbrella Academy in order to prepare his special children to save the world. However, after a falling out during their teenage years, the siblings part ways. Seventeen years later, all of them reunite to solve a mystery surrounding their father’s death. On top of that, they also have to deal with the imminent threat of a global apocalypse. – Pauline De Leon, Associate Editor

Korean dramas were never on my radar until a friend of mine recommended that I watch Itaewon Class, so I decided to break that one-inch tall barrier of subtitles and give the show a chance. The Netflix Original series explores the themes of family, love, self-acceptance, class warfare and second chances. What I especially love about Itaewon Class is its diverse cast that features a transgender person and a person of color, both represented from a realistic point of view. Each episode runs for about an hour long and is jam-packed with emotion and drama, so try not to finish it all in one day as I did. – Pauline De Leon, Associate Editor

Giri/Haji (Japanese for “Duty/Shame”) has got to be one of the most underrated dramas on Netflix. A crime thriller co-produced by the streaming platform and the BBC, the eight-episode series centers around Kenzo Mori (Takehiro Hira), a Tokyo police detective, and his younger brother Yuto (Yosuke Kubozuka), a former Yakuza member gone rogue. While Yuto is thought to be dead in the Japanese underworld, a London murder involving the nephew of a Yakuza boss suggests otherwise. Dispatched to the UK capital to search for his sibling, Kenzo must face a series of professional, personal and daunting ethical challenges. – Teresa Lam, Features Editor

Never Have I Ever

Mindy Kaling and Lang Fisher’s Never Have I Ever follows Devi Vishwakumar, a straight-A sophomore, as she navigates high school, friendships, teenage romance and the loss of a parent. While the storyline may seem familiar, it’s remarkable that the show has chosen to explore the coming-of-age genre through an Indian-American lens. Not only does the 10-part comedy offer much-needed South Asian representation on screen, but it also manages to tell inclusive stories of some other marginalized communities. If you like watching shows that are funny, heartwarming and deeply moving at the same time, you’ll absolutely enjoy this series. – Teresa Lam, Features Editor

While there are plenty of fascinating baking competitions on TV, nothing I’ve seen before is quite as entertaining as Nailed It!. A lighthearted reality series guaranteed to make you fall off the couch with laughter, the bake-off show sees amateur home bakers compete in themed challenges like unicorn cakes and gingerbread houses. Rather than elaborate confections, however, expect to see contestants having meltdowns in the kitchen. The comedic commentary from host Nicole Byer and pastry chef Jacques Torres is just the icing on the cake. – Teresa Lam, Features Editor

Honestly, anyone that doesn’t love the Twilight series is either lying or delusional. There’s no better time to revisit the dreamy love triangle between Bella Swan and werewolf Jacob and vampire Edward, and the baseball scene in the first movie makes the whole thing even better. If you’re looking for movies you’ll be able to fly through over a weekend, the Twilight series is a must. Nostalgia, young love and terrible dialogue – what more can you want? – Tora Northman, Editor

To be completely honest, I was never really interested in gaming until quarantine life began. I recently bought myself a Nintendo Switch, which is the first gaming console I’ve owned after my Gameboy from almost two decades ago. In addition to titles like Animal Crossing and Fall Guys: Ultimate Knockout, I found myself enjoying nostalgic games like Tetris and Super Mario, so I immediately knew I had to watch High Score when I first saw it on my Netflix home page.

The docuseries covers the history of OG games like Pacman, Donkey Kong and more, along with the development of gaming giants like Nintendo that we know today. I haven’t finished watching it yet, but I’ve been enjoying learning about the retro titles and how they came to be. Although I’ve also been guilty of binging reality series like Selling Sunset and The Real Housewives of New York during this time, I like watching High Score for its educational and informative component. Plus, each episode is extremely well-made and easy to watch, with a balanced mix of in-depth interviews, old video footage and cute, retro graphics. – YeEun Kim, Associate Editor

Cooking is probably one of the most popular categories people are paying attention to at the moment. I’ve definitely been watching more cooking videos and shows on Netflix and YouTube to motivate myself to experiment with different recipes for each meal (plus, it’s soothing to watch). There’s nothing more wholesome than seeing Jon Favreau and Roy Choi, along with different guests in each episode, discuss their love and passion for food. What I also really enjoy about The Chef Show is that you don’t have to watch it in order – each episode is easy to follow even if you don’t have any background context of what happened previously. All you need to do is simply appreciate and witness hearty dishes come to life. – YeEun Kim, Associate Editor

In classic Ryan Murphy form, Hollywood is an artfully composed narrative that touches on the visceral truths of human relationships, all coated beautifully with a glossy veneer of stunning cinematography and dark humor. Taking place during the Golden Age of Hollywood, Murphy and fellow co-creator Ian Brennan create a fictional world that shows how the power players of Tinseltown control and manipulate the industry, painting a disturbingly realistic portrait of what the Hollywood experience might actually have been like for struggling artists.

The show blends together a mix of fictional characters with fictionalized versions of actual historical figures – Anna May Wong and Hattie McDaniel, to name a few, with Lena Horne and Dorothy Dandridge coming to life through Camille Washington (according to Murphy). The result is a strikingly relevant commentary of “what may have been” had actors and actresses of color received equal opportunities to their white counterparts. The show, at its core, serves as a reflection of history that ponders what might have taken place behind the closed doors of a post-WWII Hollywood, exploring themes of homosexuality, over-decadence, vulnerability and struggle. – Zarah Cheng, Editor-in-Chief

I’ve always been a fan of the zombie genre, but the selection of television series revolving around the undead throughout the years has been more or less along the same note: The Walking Dead, Black Summer, Z Nation. Then comes Kingdom. This period drama set in Korea’s Medieval Joseon period is unlike anything the category has seen before. The scenes themselves are beautifully cinematic (I find myself sometimes forgetting that it’s actually a TV show and not a film), but the storyline is also intricate beyond what you would normally expect from a zombie show. Along with the ruthlessly diabolical ambitions of the royal family, the plot also touches on themes of class struggle and a complex portrait of the meaning of survival. The show also does not hold back on the blood and gore, which is something that I appreciate. Although Kingdom is definitely not for the faint of heart, each and every episode will have you at the edge of your seat. - Zarah Cheng, Editor-in-Chief 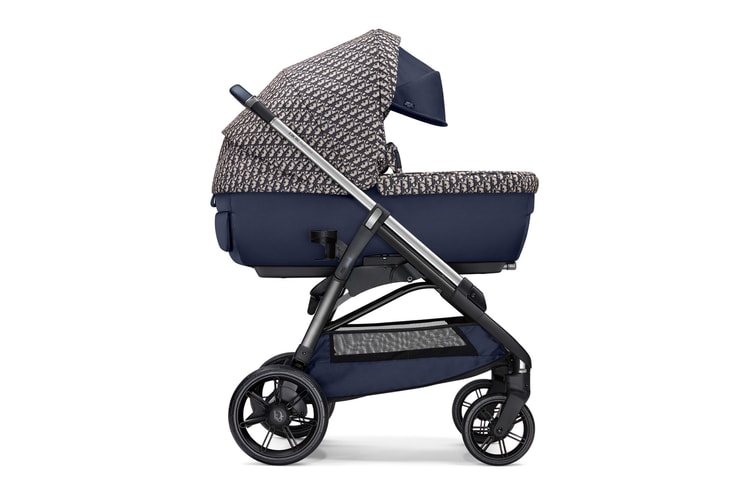 The luxe carriage comes with a matching diaper bag.
By YeEun KimSep 7, 2020 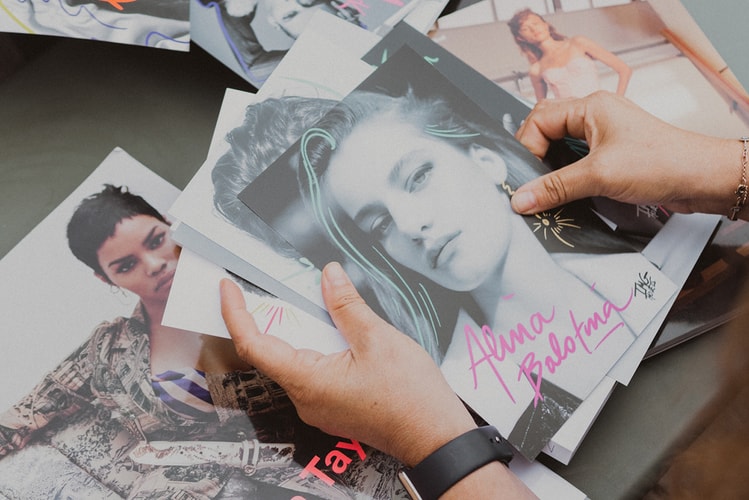 An industry leader shares tips for getting recruited by the top modeling agency, even during quarantine.
By Teresa LamSep 7, 2020 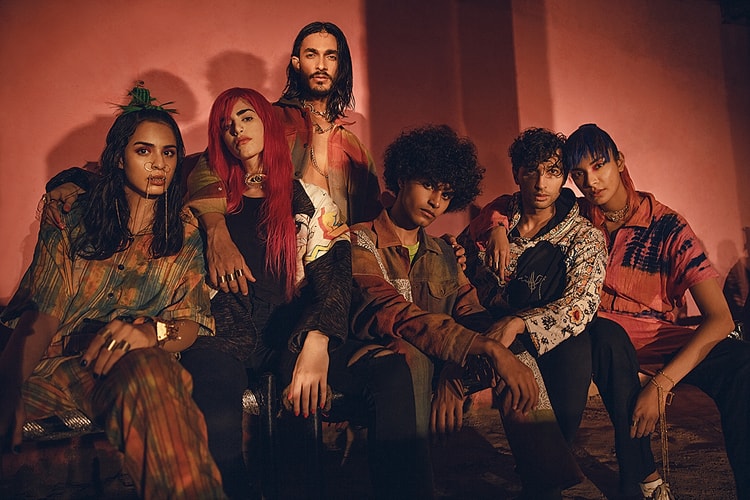 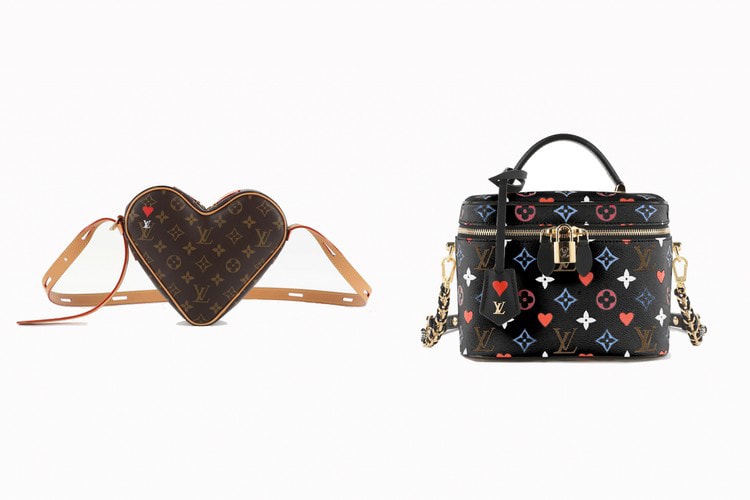 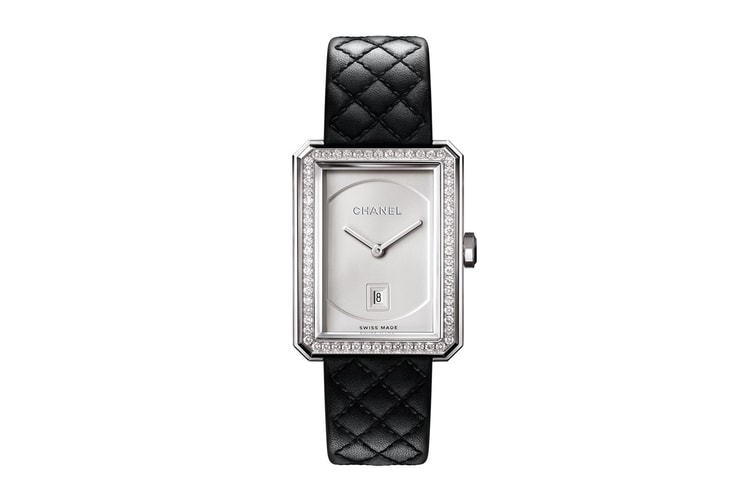 Take a look at two new versions of the timepiece.
By Alexandra PaulySep 7, 2020 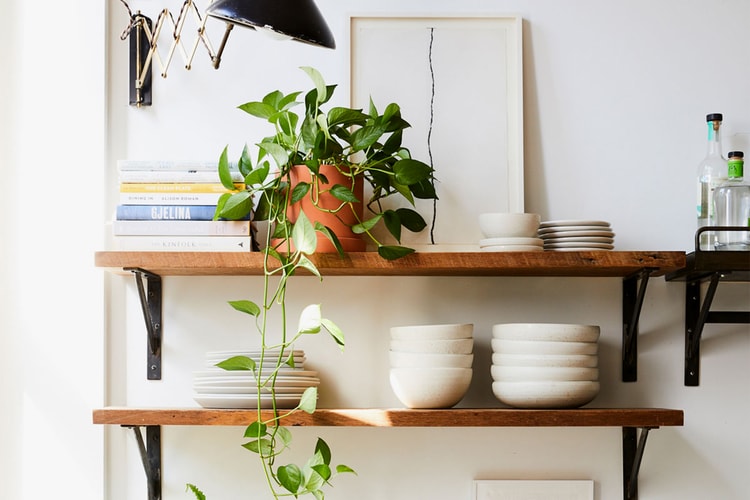 5 Best Indoor Hanging Plants for Cozying up Your Home, According To an Expert

Learn how and where to place them with bonus tips from The Sill’s brand director, Erin Marino.
By YeEun KimSep 7, 2020
More ▾